What Is So ‘Godly’ About God Particle? 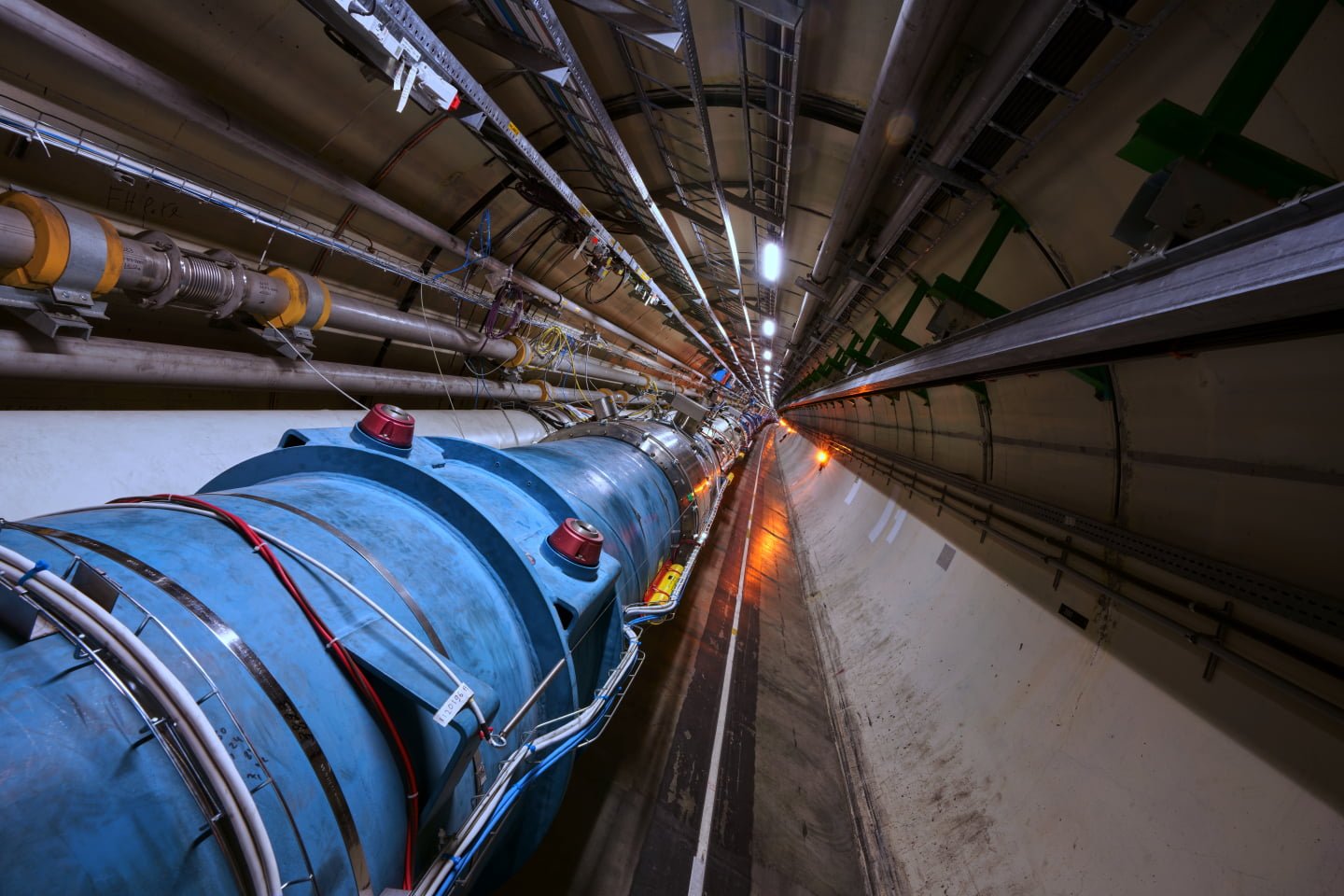 The universe beholds the ultimate truth about the whole existence of all the celestial activities starting from the tiniest particle, electron, to the millions of galaxies present in it. Therefore, there isn’t a doubt that for an insignificant race such as “Humans living on the planet Earth in the Milky Way galaxy” to know every mystery and activities going around in the majestic space. Yet for us, the ‘God particle’ is believed to be one such truth that can give light to the divine story of the beginning as well as the doomsday of the universe and many such unsolved questions.

Table of Contents show
The discovery
God particle – why such a nickname?
The beginning
Can we really time travel one day?
“Universe doomsday”

The Higgs boson particle, commonly known as the ‘God Particle’ was discovered in July, 2012 after more than 50 years of struggle by several scientists along the way. It was Peter Higgs in 1964, after whom it has been named, along with a few other scientists who proposed the Higgs mechanism to explain why every particle in the universe has mass. This mechanism explains the existence of Higgs boson particles, which they were unable to find or prove during their lifetime.

However, after several years in 2012, this particle was suddenly discovered as a completely new unknown particle with the help of Large Hadron Collider (LHC), the most powerful accelerator on Earth till date, which later in subsequent years was proved to be that legendary Higgs particle or God particle. There were several controversies before creating this collider as few scientists believed that it could create black holes. Fortunately, nothing of that sort occurred while the experiment was carried out.

God particle – why such a nickname?

Humans love giving everyone a nickname. With respect to this, even the heavenly Higgs boson particle wasn’t spared. According to a few sources this name was not suggested by any contemporary physicists, in fact they don’t like this nickname. The story goes back to the Nobel prize-winning physicist Leon Lederman who referred the Higgs particle as the “Goddamn Particle”, it was meant to intend a fun at how difficult it was to detect this famous particle as it took more than half a century and multimillion-dollar accelerator to detect it.

“The Goddamn Particle” was supposed to be the title of Leon Lederman’s new book on Higgs boson. However, his publishers weren’t much comfortable with this phrasing. Hence, the title was renamed as the legendary nickname “God Particle”. Unfortunately, the publishers’ referred name prevailed, although the physicists still aren’t quite happy about it. According to the physicists, not only it has an irrelevant religious tie with it but also, most importantly, this name does nothing to explain what Higgs boson actually is.

The Higgs boson is said to be “the missing cornerstone of particle physics” by the CERN director. It is considered to be an integral part of the standard model of particle physics as it explains a basic property of every element in the universe – mass. This particle, therefore, can explain the origin of the universe.

It is the physical proof of an invisible universal wide field that gave mass to all particles after the Great Big Bang. This field is better known as the Higgs field, which permeates everywhere all around the universe, in the vacuum space, giving mass to all, when the particles interact with Higgs boson via the field. Now, after providing mass, this field forced all particles to merge forming the stars, planets, and other elements of the cosmos.

Physicists are of the opinion that the production of Higgs boson in abundance in the early universe could have potentially collapsed the cosmos just after the Big Bang due to the high production of energy. But gravity, that holds everything together, provided stability, and prevented this destruction. The faint traces of gravitational force that was found serve considerable proof of its importance to save the universe from collapsing. The Higgs field interacted with the gravitational field in such a way that it enabled the universe to survive and create this vast space.

Can we really time travel one day?

American physicists believe that they may be able to use the Hadron Collider, which is buried deep underground near Geneva, to produce Higgs singlet that can be sent to the past through this collider. This concept is purely theoretical but few scientists have said that it isn’t impossible as the proposed mechanism wouldn’t violate any laws of modern physics. Although there is no confirmation about the existence of Higgs singlet, yet with the discovery of Higgs boson, also dubbed as God particle, physicists consider that they are one step ahead to time travel.

Higgs singlet, the most attractive fact (hypothetical) about this particle is that Professor Thomas Weiler and graduate Chui Man Ho believes that it may be able to jump through the hidden dimensions and re-enter our dimension back and forth through time. Professor Weiler also mentioned that it can travel through time avoiding all the “big paradoxes”. According to him, although humans can’t time travel violating natural laws, through Higgs singlet it might be possible to send messages in the past or future.

The precise mass to keep the universe at the brink of instability is prescribed to be 126 billion electron volts, which is 126 times the mass of a proton. But physicists say that eventually this delicate state will collapse and become unstable, this conclusion involves the Higgs field. Scientists believe that this field that gave birth to the universe is slowly changing to find the optimum balance between field strength and its energy.

Stephen Hawking said that Higgs boson would wipe out the universe. In the light of Higgs boson, this theory seems a bit realistic. It states that an unlikely quantum fluctuation or a massive change in energy would trigger “quantum tunnelling”, creating a ‘bubble’, which might expand at the speed of light throughout spacetime.

The Higgs field inside the bubble would be stronger, with a low energy level than the surrounding. The field has the power to cause atomic shrinkage and also disintegrate atomic nuclei so that hydrogen would be the only existing element in the universe. Although as per theoretical calculations, we are at the edge of a stable and unstable universe hence we can go “boom” any day but this phenomenon would still take a few billion years as no evidence of this bubble is yet found.

Read Also: Some Questions About Universe We Don’t Have Answers To! Here’s Why?

Want A Flawless Skin? These Useful DIY Skin Secrets Will Help You

Who doesn't want a flawless, bright, and beautiful skin? When you see a girl in an advertisement showing off her that oh-so-pretty skin, the...
Read more

Mukbang and ASMR eating has been the ongoing trend of this "new generation," which is usually on the phone screen, scrolling through social media...
Read more
Previous article
Does The Deadly Lake Natron Really Turn Animals Into Stone?
Next article
Some Uncommon Indian Festivals

How To Treat Leg Cramps? Here Is All You Need To Know About It