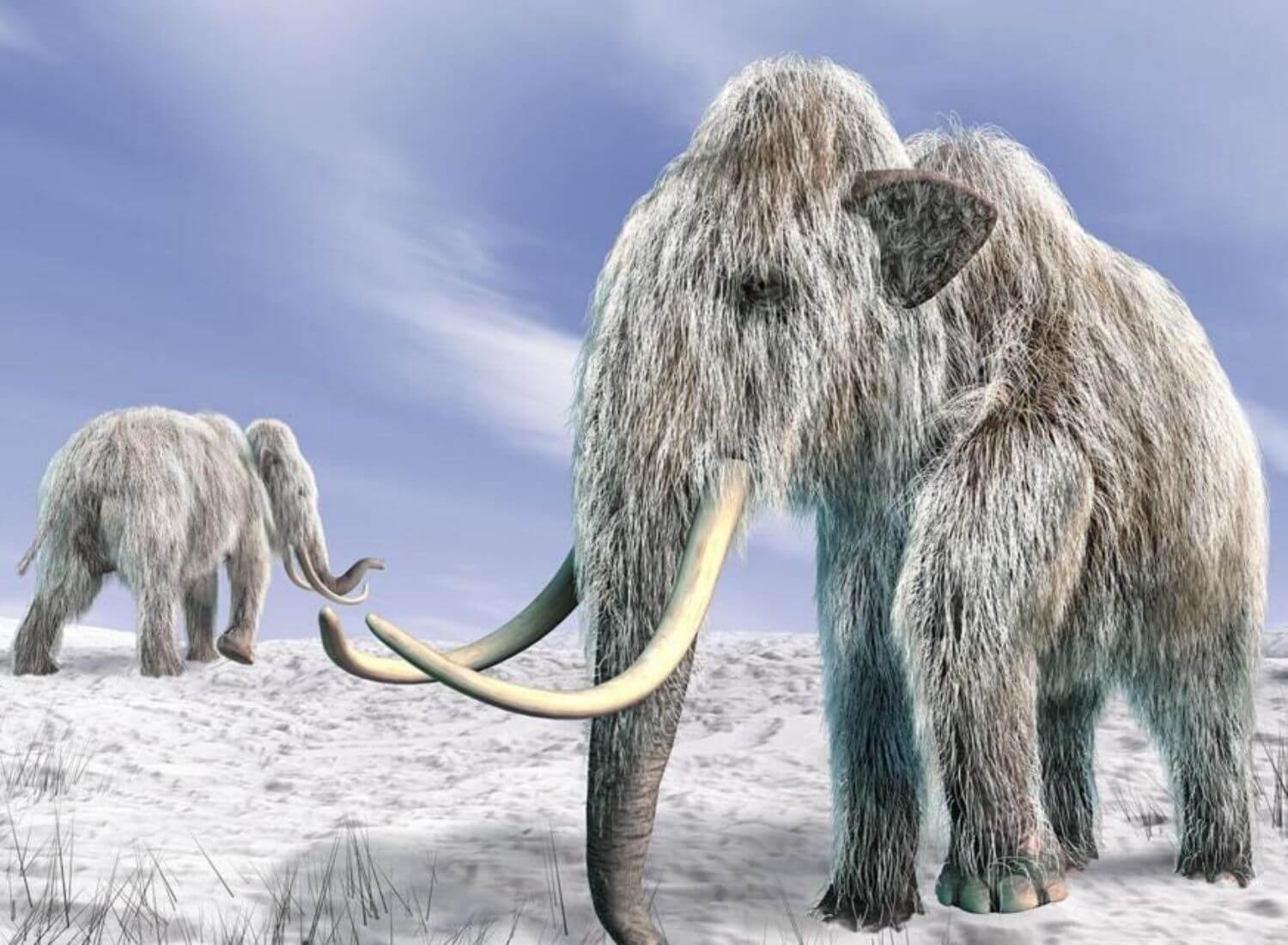 Whenever we think of prehistoric extinct animals that once walked on this Earth millions of years ago, the first species that strikes our minds are the dinosaurs. But don’t you think we are missing something here? What about those woolly gigantic ice age mammals that strolled down the Earth when it was draped with ice?

The animals that once reigned the Earth during the ice age of the Pleistocene epoch are indeed a treasured history. As they closely resemble modern-day mammals, although they have no direct ancestral relation as such. The famous Ice-age movie and its sequels also vividly described how they looked and their way of living in a comical animated way. Here is a list of the most significant ice age mammals that closely resemble contemporary mammals.

Table of Contents show
5 Incredible Ice Age Mammals Who Ruled Before Us
1. Admire My Tusks
2. Sharpen The Canines
3. Face Is Short Not The Physique
4. Time To Know The Sloth
5. Horses In The White

The woolly mammoth was one of the most gigantic mammals of the ice age. Its scientific name is Mammuthus primigenius. An incredible mammal that lived about 200,000 years ago in the hilly lands of eastern Eurasia and North America. It was as big as 3 metres and differed significantly in appearance compared to modern-day elephants.

The mammoth had very thick fur all over its body that consisted of guard hairs and also a dense undercoat instead of bare skin to keep them warm in the cold climatic conditions. They also had shorter ears than today’s African elephants to retain body warmth and protect itself from deadly frostbites. The most striking difference but also the most attractive feature of the mammoth was the pair of magnanimous tusks. The tusks were typically more than 3.5 metres in length and formed a smooth arc on both sides of the face. This adaptation helped them to fight and also move heavy tree trunks.

Woolly mammoth disappeared during the last ice age in North America around 12,000 years ago. But the last species of mammoths disappeared from Earth during the Holocene period around 4000 years ago from an island off the northern coast of Siberia where they managed to stay isolated for years.

Saber-toothed cats are beasts with long dagger-like canines that hang from the sides of the mouth. These are one of the iconic ice age mammals from North America. The true saber-tooth, Smilodon fatalis, is also one of the mammals that have been well preserved in California. It weighed around 160 to 280 kilograms, and was larger than lions, about the size of Siberian tigers. These were a bit different from other wild cats of the Pleistocene period. They had proportionately longer forelegs and muscular build. They also didn’t have lower canines unlike other wild cats and their upper canines were their x-factor that protruded out and reached below the lower jaw.

3. Face Is Short Not The Physique

The giant-like short-faced bears were the largest carnivorous beast that roamed the Earth during the Ice age. Scientifically known to be of the Arctodus sp., they were inhabitants of North America during the Pleistocene epoch from about 1.8 million years ago until they were completely extinct 11,000 years ago.

These bears were roughly 1.5 times the size of today’s grizzly bears. Although they were undefeatable with their long strong claws, bone-crushing jaws and gigantic frame, they were primarily scavengers according to research. They also bad wide nostrils to help them smell their meal from far away. According to scientists, their strong physique was typically meant for travelling off far and not for chasing the ice-age grazers. Surprisingly, even though they travelled they never travelled beyond North America to Eurasia as no fossils or evidence of their arrival were found there.

4. Time To Know The Sloth

The giant ground sloth, scientifically known as Megatheriidae, was a group of species of sloth in the glacial age that has no similarity with modern-day sloths or any other animal. But DNA studies say these sloths were somehow linked with today’s sloth. Giant ground sloths dwelled on lads instead of trees. They were huge in size, close to that of the mammoths. Although they had long claws about more than 25 inches in length, these sloths were not predators like modern-day sloths. They primarily ate grasses, small shrubs, and leaves. They had rotating feet that caused them to walk sideways on their ankles.

They originated about 5 million years ago in South America and then migrated northwards. The fossils and remains of the ground sloth are mainly found in Alaska and Northwest territories.

5. Horses In The White

Many people would be surprised to know that horses existed even in the Ice age period and most certainly even before that. The earliest known horses existed 30-50 million years ago. Horses are one of those animals who has a clear ancestral history starting from their origin millions of years ago even before the ice age. The horses of the ice age were smaller in the frame and had more toes and were found in abundance. The largest mummified remains of primitive horses were that of the ice age horse found in Canada. These primitive horses disappeared from the Earth 14,000 years ago.

For more than 800 years, the United Kingdom has been printing its laws on vellum. But what is vellum? It is made from calf-skin....
Read more

Access to energy is one of the many luxuries we often take for granted. Imagine a day without electricity or internet. It is truly...
Read more

The beautiful state stretches along the Malabar coast. The coastal state is also called the “Gods Own Country” and “The Land of Coconuts Trees”....
Read more

Planning a wedding is an exciting time. You’ve probably been excitedly chatting about an abundance of ideas you’ve both has since the engagement, and...
Read more
Previous article
Bully Culture In Schools: 5 Reasons Why It Happens
Next article
The Effects Of Biopics Triggering Human Mind

An International Museum of Toilets That Will Steal Your Breath Away!