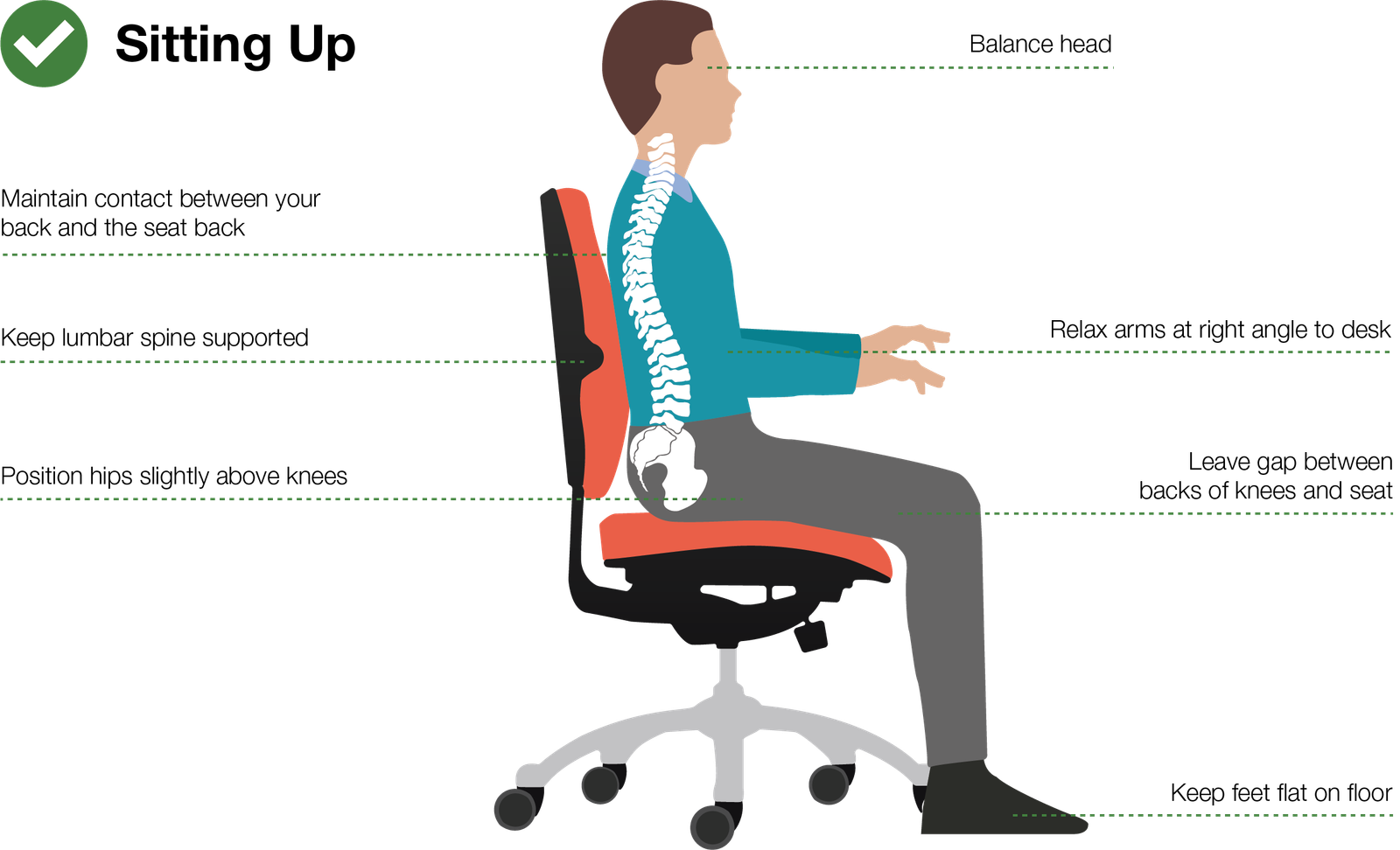 When we meet a person, the first thought and impression we get about him is how he speaks and his sitting posture. A person’s posture can surely convey a lot about what’s going on in his mind at that particular instant.

According to the body language expert, Dr. Lillian Glass Ph.D., body language portrays a person’s true personality. She is an elite personality who wrote over 18 books about her research on body language, posture, and its intimate relation with a person’s mind and personality. Some might question here that we choose to sit differently depending on our surroundings. This exact statement makes it obvious that a person’s sitting posture can reveal a lot about one’s true self. Here are some postures that are most commonly used by people but we fail to detect its inner meaning.

According to many researchers, sitting up straight gives a good shape to the spine. But many believe that consistently sitting in this posture may also negatively affect a person’s health.

This posture is mainly suggested by experts when you want to look confident. The posture itself gives an aura of natural confidence that may intimidate the person sitting across you. Researchers believe that those candidates who sat straight in front of recruiters had higher chances of getting selected as they felt that it portrayed their natural confidence. Also, people who prefer to sit straight are also found to be of an optimistic and vibrant character with lesser self-doubt.

2. Sitting with legs crossed on a surface

Sitting cross-legged shows spiritualism and open-mind character. Body language experts refer to this position as the “eastern sitting position” as this position is mainly used in the eastern part of the world and originated with the practice of yoga. This posture has a Vedic explanation and contributes to the overall development of a person. It helps a person to stay relaxed and open to anything happening in the surrounding.

Many people prefer sitting cross-legged. If you are one of them, it’s the right time for you to introspect. Researchers believe that people who sit cross-legged are more prone to be insecure and be defensive in putting forward their opinions. Psychologists have always agreed that our subconscious mind is very mysterious and weird. It is said that people who sit cross-legged are very self-conscious at that particular time and are prone to hiding something from the person sitting across from them. So, the next time you find someone with this posture, beware.

Be careful of people who sit with their legs either crossed or open but with their hands in a clamp-like position. These are the ones you should never go on an argument with. They naturally have an augmented personality with a competitive nature. They are generally stubborn, closed-minded, and reject any opinion that does not match with their taste without bothering to correct themselves if they are wrong.

In an important meeting, you might often come across such people who won’t think twice before judging your proposition in front of others but later they might snatch your ideas without giving you the credits.

Sitting with arms crossed does not necessarily portray anger or mismatch of opinion, but unmindfully you may also portray a natural barrier or unlikeliness to speak to the opposite person. Psychologists say that those people who prefer to sit with their arms crossed in their chest are the ones who feel continuously threatened by the surroundings and feel the need to protect themselves or their opinions. This also signifies that they might have anger management issues, or are disturbed in some way.

People who sit with knees apart might sometimes be arrogant, judgemental, or even self-centered. They are the ones you would always find the most stylish with the best outfit or flawless makeup. These people generally have a constant fear of looking good in every situation. They are also known as perfectionists who suffer from anxiety and fear of failure.

7. Sitting with knees next to each other

People who prefer sitting with their knees next to each other are the friendliest ones. It is common knowledge that elite people prefer to sit in this posture upright as it portrays the open-mindfulness, cheerful, and optimistic character. A person with whom it would really be a pleasure to speak. Overall, this is the most elegant form of sitting in any professional meetings or interviews.

Whereas figuring out the proper athletic facility outfit should be worn whenever you're figuring out. it will build all the distinction within the manner...
Read more

You might be a huge fan of superheroes amalgamated as “The Avengers” but do you know who the real Avengers were? Well if no,...
Read more

The first form of hairstyle recorded in history was 30,000 years ago, and they were braids. Initially, women grew hair as long as they...
Read more

One of the most significant factors that can be an indicator of overall health is your diet. What foods do you consume regularly and...
Read more
Previous article
6 Tricks To Get Free Instagram Followers
Next article
Tinkle Razors: How To Use Them Correctly

Why Hybrid Bikes Are Great For Beginner Riders?