Did You Know Chocolate Can Cause Death? 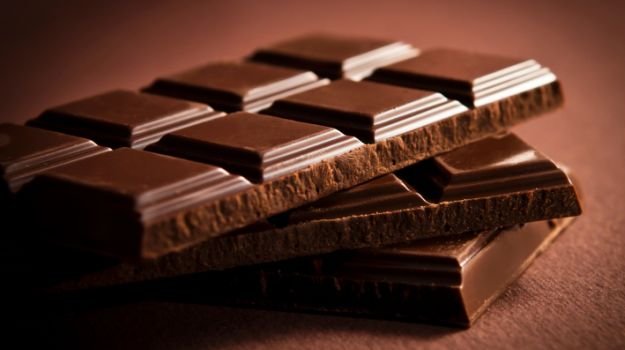 “Too much of anything is dangerous”. Indeed, an excess of everything is harmful, be it sleep, exercise, confidence, coffee and even your favorite food- chocolate!

Have you ever wondered that the chocolate, which immediately lightens up your mood, improves your brain function and even lowers the risks of heart disease, can actually cause death?

Table of Contents show
The Major Component- Theobromine
Should we stop eating chocolate?
“When it comes to chocolate, resistance is futile”
– Regina Brett

Chocolate contains theobromine or theobromide, formerly known as xantheose, which is a bitter alkaloid of the cacao plant. It was first discovered in 1841 in cacao beans by the Russian chemist Alexander Voskresensky and its synthesis from Xanthine was first reported in 1882 by the German Chemist Hermann Emil Fischer.

It is the theobromine which is responsible for the boost that you get from eating chocolate. Theobromine helps to keep you more alert and awake and acts as a powerful stimulant of the central nervous system. But, according to the Hazardous Substances Data Bank, large doses of theobromine may cause nausea and anorexia. It can also cause tremors in your body, followed by an irregular heartbeat, internal bleeding, heart attacks and even DEATH!

Should we stop eating chocolate?

Of course not! Though an excess of theobromine is poisonous, fortunately, the lethal dose in humans is about 1000 milligrams per kilogram of body weight. Thus, you would need to consume 4.28 kg of chocolate or 85 full-sized chocolate bars to die from theobromine poisoning, and, fortunately enough, you would tire of the taste long before you reach that quantity!

Phew! Must say, a relief for the chocoholics indeed!

“When it comes to chocolate, resistance is futile”

The common notion of everything being good within a certain limit definitely applies when it comes to food and drink, but human death by chocolate isn’t very common and can only happen when consumed more than the body’s capacity to intake. So, enjoy the huge number of benefits it has to provide and never let your love for chocolate die!

Read Also: 5 Benefits Of Being A Chocoholic!

Nature entails species that have a wide spectrum of colors, ranging from the olive- colored Ridley turtles, to pink flamingos, to the red-billed firefinch....
Read more

The Challenges of Military Families

Having a family member in the military means that the whole family is in the military. With this responsibility come many challenges. While some...
Read more

Health is important, and if you aren’t healthy, there is no way you can enjoy your life.  It’s suggested to have an active lifestyle, but...
Read more

Sex chat with strangers can be an exciting and interesting experience. It's a great way to explore your fantasies, broaden your knowledge, and learn...
Read more
Previous article
Top Tips on Beauty Dos and Don’ts
Next article
Surendra Kumar Apharya Who Can Write 1,749 Characters on Just a Single Grain of Rice!