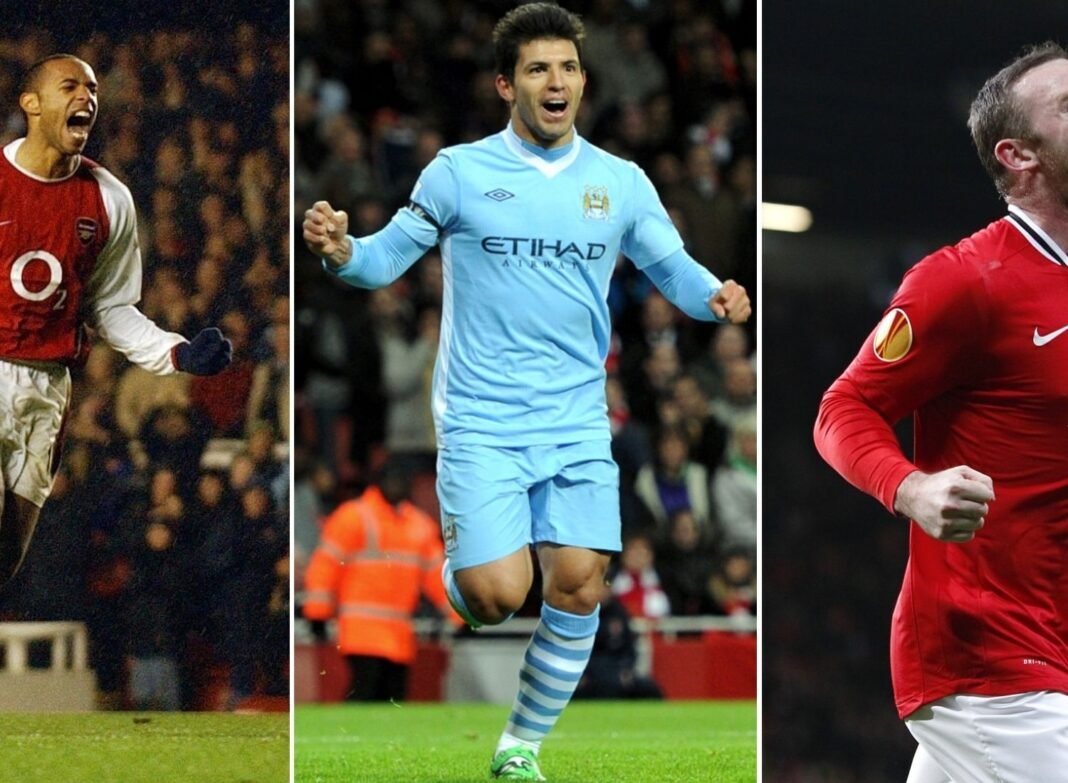 Goals pay the rent. Those were the famous words of commentator David Coleman when Kevin Keegan scored for Liverpool against Newcastle United in the 1974 FA Cup Final.

It was true then, and it’s true now. Everyone knows how important it is to have a player you can rely on to put the ball in the back of the net on a regular basis, and as followers of the Premier League, we’ve been fortunate to see a whole host of quality marksmen grace the division.

Here, we’ve put together a list of some of the best top-flight forwards of all time, who each helped their team’s chances in the sports betting immensely. Read on to find out who made the list!

There’s only one place to start in any piece about Premier League strikers, and that’s with Alan Shearer. The former Blackburn Rovers and Newcastle United star enjoyed a stellar top-flight career, scoring 260 goals in total. That figure is all the more impressive when you consider that Shearer resisted the temptation to move to a bigger club than his beloved Newcastle.

Shearer could score all kinds of goals, and that’s what made him such a reliable scorer. From deft touches to long-range thunderbolts, the man had it all.

When Wayne Rooney burst onto the scene in the early 2000s, the weight of expectation on his shoulders was something else. Anyone who has seen the recent documentary about Rooney’s life and career will know how he difficult he found it in those early years.

It is testament to his talents that the former Everton and Manchester United striker scored at such a terrific rate. In total, the now Derby County manager bagged 208 goals in a glittering Premier League career, and his explosive talent is something we may never see the likes of again.

If Rooney was dynamite, then Thierry Henry was silk. No one could have predicted just how much of an impact Henry was going to make on the Premier League when he arrived at Arsenal in the late 1990s, but it quickly became clear that the Frenchman was on another planet.

The Premier League has seen few strikers with as natural a finishing ability as Henry. His ability to find the bottom corner in a wide variety of different situations set him apart from the rest, and his form and class helped Arsenal become a force to be reckoned with and a reliable pick for those offering free tips.

We end our list with two modern greats of the Premier League era, starting with Sergio Agüero. The Argentine’s talents were clear in his early days at Atlético Madrid, and when he made the move to Manchester City in 2011, it was seen as the signing that would catapult the club towards glory.

That’s exactly what happened. Agüero bagged the crucial and now famous last-minute goal on the final day of that 2011-12 season to secure the Premier League title, and he went on to win many more league titles and domestic honours, all while notching a grand total of 184 goals.

If anyone is ever going to break Alan Shearer’s record, you feel it’s likely to be Harry Kane. The Tottenham Hotspur man has scored goals at an impressive rate since bursting onto the scene in the 2014-15 season, with 177 Premier League strikes to his name at the time of writing.

Kane possesses all the attributes of a classic number nine, but also a useful ability to drop deep and set up his attacking teammates. He is a modern centre forward in every sense, and there’s no doubt that he’ll keep scoring for many years to come.

A day on Moon is approximately 29 and half day on Earth. We only see 59% of the Moon’s surface. When the Moon was...
Read more

If you are a beginner and want to enter the fantasy world of books, you should start with the books listed below.12 Books To...
Read more

How to Overcome Body Insecurities

Insecurities are a funny thing. On one end you’ll have a gal who’s short and dreams of being a tall, statuesque model, and on...
Read more

This Is What Happens To Your Hair After You’re Dead

These Simple Remedies Will Help You To Cure Hangover!

Tulsi Leaves Are Not Supposed To Be Chewed! Let’s Find Out Why