Did William Shakespeare Really Write His Own Plays? 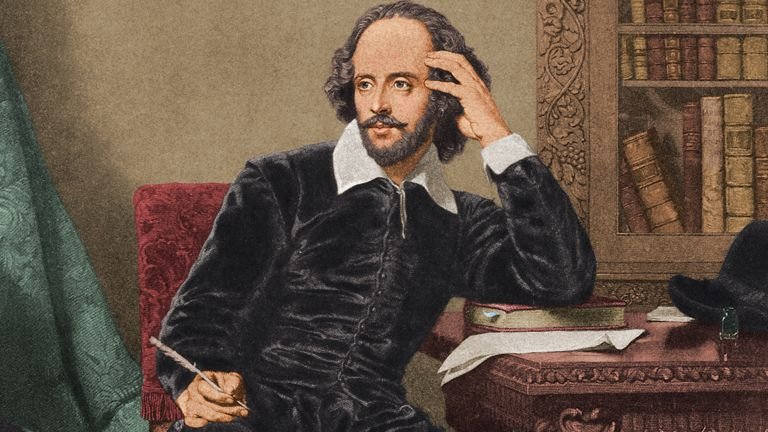 What if someone told you that the greatest playwright in the world, William Shakespeare, did not really author his own plays or sonnets?

The first reaction would obviously be dismissal or denial of the ‘accusation.’ But, if one digs up his historical or biographical details of the Elizabethan Era, in the name of evidence, only a few things can be found.

Among them are two portraits, a three-page will, a record of his marriage to Anne Hathaway and some papers dealing with business transactions. However, no one ever found anything when it came to the manuscripts. Not even a fragment of the vast body of his beautiful works!

This gives rise to a question that can change the face of literary history forever.

Or was he just a silhouette, behind which hid the real author of romances, comedies, and tragedies?

There are as many conspiracy theories as there are stars on a starry night. The list of contenders for the enviable position of a great playwright is unending. And the debate: inconclusive for centuries. However, it wouldn’t hurt to go back to some of these assumptions and find the one with the most amount of logic in it.

It all started in 1848. A Lutheran scholar by the name of Samuel Mosheim Schmucker was overly fed up by the practice of using historical and biographical sources to the debate over the existence of Jesus Christ. He argued that the same sources could be used to find out the truth about the real Shakespeare.

His argument set off a chain of conspiracy theories related to Shakespeare’s existence. And great minds such as Mark Twain, Orson Welles, Charlie Chaplin and Hellen Keller joined in with the group who rejected or doubted the idea of the Bard being the original author of fantastic plays.

While small and great minds alike questioned the authorship of Shakespeare since centuries, it was only through the work of an American author, Delia Bacon, that Sir Francis Bacon emerged as the first possible candidate to replace Shakespeare on the inky throne. And Delia’s theory does make readers and critics think.

According to Delia, Francis Bacon and other collaborative writers wanted to let their identity stay in the dark forever. Hence, they adopted a pen name- William Shakespeare.

Another reason for hiding their real identity behind an alias, according to Delia, was due to a “stigma of print”.

Being a playwright would mean hampering or ending one’s political career. So, Bacon and company (Sir Walter Raleigh and Edmund Spenser) adopted a false identity to produce many of the best plays of all times!

So who is the Real William Shakespeare?

William Shakespeare is a cult figure in Literature.  And yet, no one knows a lot about the real Shakespeare. This lack of evidence gave birth to a number of doubts. Doubts result in the rise of countless theories. Shakespeare is a human mystery that will take infinity to reveal its true form. But, we can only keep trying to decipher it the best we can!

While Sir Francis Bacon is the topmost contender for the literary throne, he isn’t the only one. Other contenders also qualify as the real face behind the facade of William Shakespeare.

Wouldn't it be amazing if the places we ate at were also places we could have fun at? With the perk of great food,...
Read more

Amazing Facts about the Color of Your Lipstick

Lipsticks are one such makeup product that all women swear by. Of course, who doesn’t love to wear something that instantly glams up the...
Read more

Your body is an incredibly complex machine. There are still plenty of secrets regarding how some parts work, and research into these things is...
Read more
Previous article
The Real Gabbar Singh Is Even More Threatening Than The Reel One!
Next article
Have You Heard About The Baader-Meinhof Phenomenon Before?

Be A Part Of The Ocean Coral Reefs After Your Demise!

Rava Idly! Here Is An Interesting Bit About The History Of It That You (Probably) Never Knew!