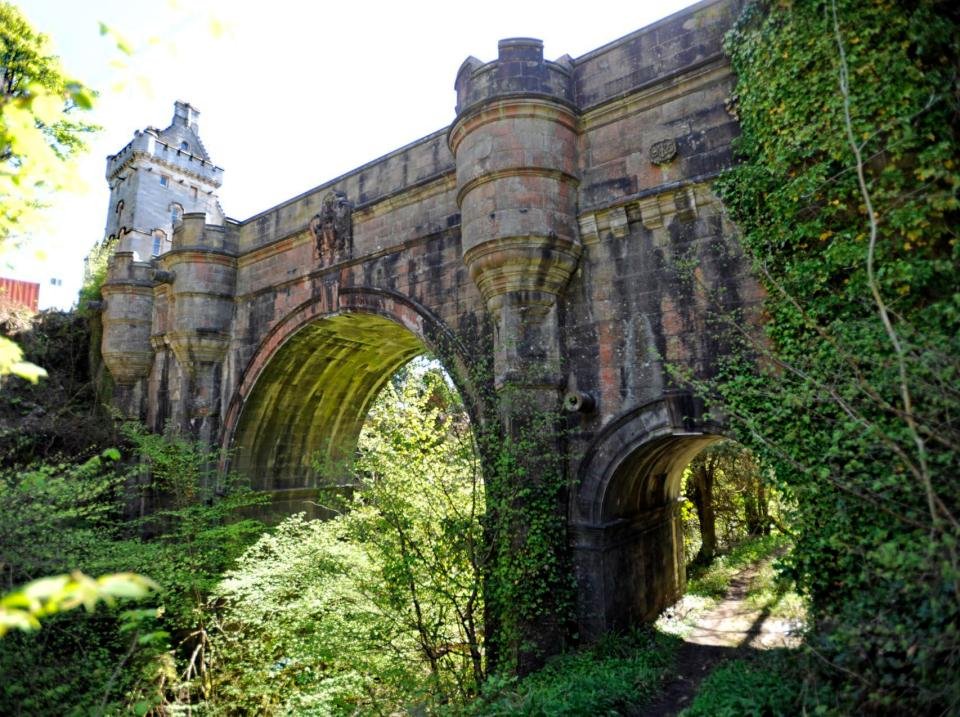 We have heard of several haunted places where some mysterious happenings may have taken the lives of many human beings. But, have you heard of a haunted bridge from where hundreds of dogs have leaped off to death?

The Overtoun Bridge has been attracting suicidal dogs since the early 50’s. Situated near Dumbarton in West Dunbartonshire, Scotland, this 19th-century bridge is one of the most haunted bridges in the world. According to reports, over 600 dogs have leaped to their deaths from the exact same spot, apparently without any reason, with at least 50 dying!

Designed by the acclaimed landscape architect H.E Milner, the construction of the 50-foot bridge was completed in 1895. But, since the 1950s, people started calling it “The Bridge of Death”. Not only a startling number of dogs jumped to their deaths, many have witnessed the dogs actually climbing the parapet wall before making the jump. Sometimes, the dogs have made the jump and survived, only to return to the bridge for a second attempt. For this reason, the bridge has, very accurately, earned the nickname of the “Dog Suicide Bridge”.

There are some patterns common in all the terrifying leaps. All the dogs reportedly jump from the same side of the bridge and always on a clear, sunny day. According to the Vice UK, long-nosed breeds, such as German Shepherds and Scottish Terriers seem to be the most affected.

Though the exact cause of the jumps is not known, there are various theories explaining what may be the reason.

Some people believe that the Bridge and the Overtoun estate, both are haunted. Renowned author Paul Owens, in his book, ‘The Baron of Rainbow Bridge’, attributes Overtoun’s most famous White Lady Ghost, who has been sighted there for over 100 years, as the cause of the unexplained dog leaping phenomenon. He even said in an interview that during his visit to the bridge, he felt a very strong jab. Someone or something was trying to push him over the bridge, just like the dogs!

According to another theory, the bridge has a tragic tale as well. In 1994, a man named Kevin Moy threw his infant son to death from the bridge. The man claimed his son was an anti-Christ. Later, he tried to kill himself twice. First, he attempted to jump off the bridge and second, he slashed his wrists with a knife. But, it is not sure whether this incident has any link to the mysterious dog deaths.

Leading animal behaviorist and canine psychologist, Dr. David Sands investigated the case and offered an alternative explanation. He predicted that a strong scent was luring the dogs and causing them to climb over the wall. Squirrels, mice and most appealingly, mink are known to nest below the bridge. The smell of mink is super strong, musty and utterly irresistible to dogs.

This, by far, is the most plausible explanation for the dog suicides at the Overtoun Bridge. Apparently, mink were first introduced to the area sometime in the 1950s.  Also, scents are strongest on dry days, explaining the reason for the jumps on such days.

While this theory is logical, there are still a few unanswered questions, as to why the dogs always jump from the same side of the bridge and why don’t they jump from other bridges that are near mink nests?

Even though the bridge is infamous for its mysterious happening, it is hard to deny the fact that the Overtoun bridge is utterly fascinating and picturesque. So, if you ever decide to pay a visit, don’t forget to leave your furry friend behind!

Read Also: Have You Heard Of Living Bridges? Read On To Know More

8,275FansLike
2,100FollowersFollow
220FollowersFollow
Previous articleA Beach Which Plays Hide And Seek With You
Next articleDeep Sea Mysteries And Oddities That Might Surprise You

Highway To The Sixth Floor