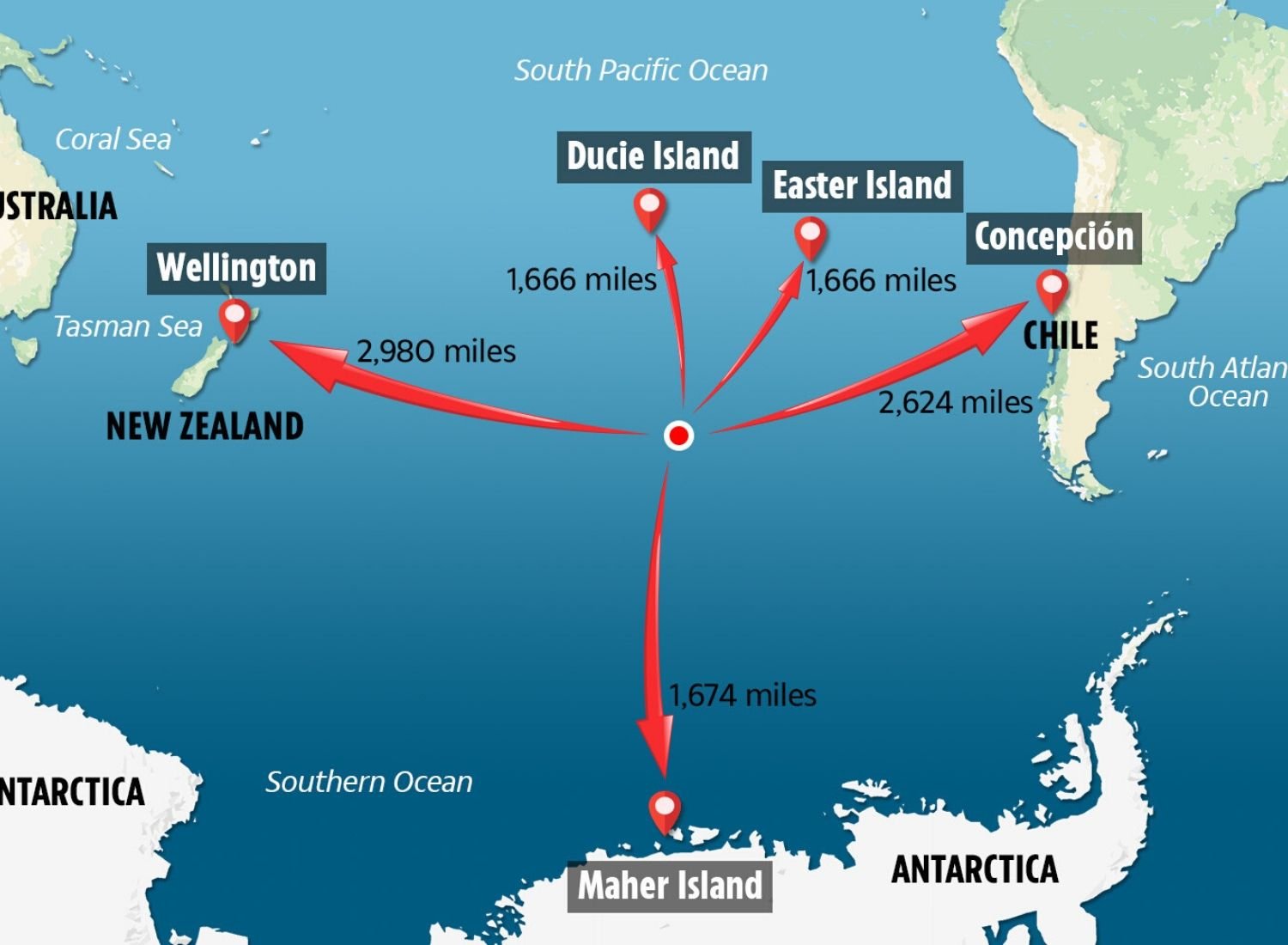 Every mortal creation of humans has its expiry date, after which it is called trash and the dustbin becomes their graveyard. Have you ever wondered that the satellites in the space that are launched from the Earth, what are their fates when the fuel exhausts? You would be surprised to know that our scientists were kind enough to design a spacecraft cemetery for them too so that they may return back to Earth and rest in peace after they run out of fuel. The mighty Pacific Ocean beholds the graveyard for the heavenly satellites.

Location of the spacecraft cemetery

Deep beneath the Pacific Ocean about 4000 metres below the ocean surface lies the “ocean point of inaccessibility”. This graveyard among the waves for titanium fuel tanks and other high-tech space debris is known as the Point Nemo, in honour of Jules Verne’s fictional submarine captain. Nemo in Latin also means “no one”. This point in the Pacific Ocean is the farthest point from any land surface on Earth. It lies approximately 2688 kilometres away from the Pitcairn Islands in the North. It has no marine biodiversity or human interactivity in near proximity; hence it is completely geographically isolated. With minute calculations this place has been chosen as the official burial position for all spacecraft around the world.

Reason behind the creation

This point that stretches for a few hundred kilometres is an abode for 161 residents as of yet. Some of the cemetery’s residents are cargo crafts from Japan, Europe, and Russia, as well as space stations of several countries. The largest being the heavenly Mir space station of Russia that splashed down in the Pacific Ocean in 2001.

The Earth has sent several artificial satellites, space stations, rockets, etc. with presently 2218 artificial satellites orbiting the Earth. If all of them were supposed to be floating in outer space in orbit after exhausting, this would potentially create space junk in the outer atmosphere that might lead to bigger threats. If any of them collided, it might cause a massive collision and would eventually pose a hazard to future launchers or might even damage active satellites and thereby creating more space junk.

Hence, to prevent such mishaps hundreds of spacecraft have been sent down at Point Nemo since 1917. Though scientists are of opinion, eventually in future this debris might harm the ecosystem as they can live up to a few hundred years inside the ocean.

Most of the smaller satellites burn up when they hit the Earth’s atmosphere. Larger stuff – autonomous spacecraft, space stations, and one day maybe even the International Space Station would break into smaller fragments but won’t completely combust before hitting the ground. In MIR’s case, while the original craft weighed 143 tons, only 20 tons made it to the Pacific. Keeping in mind the speed of the satellites, satellite operators, and space agency scientists can program their crafts to reach this area upon re-entry, but it’s not an exact target.

Scientists have two options when a spaceship becomes trash: shoot it so far that it may never return back near Earth or use its last fuel to return it back to Earth in the point Nemo as per the agreement between scientists all around the world in 1993. With the first option, it’s possible to blast a satellite from its orbit further into space into what NASA calls “graveyard orbit” which is 22,400 miles above the earth and 200 miles from any active satellites. There it would take the junk more than one Earth day to complete the orbit.

This method is mostly preferred due to fewer fuel requirements and a push less than 0.006 miles per second while sending a satellite back to Earth demands a bigger push of about a mile per second. But scientists believe that the latter is more effective as the former is a temporary solution because one day even the “graveyard orbit” would eventually fill up. Hence, most of the dead satellites today rests beneath the silent oceans away from human reach.

Read Also: Vladimir Komarov : The Man Who Fell From Space.

Change is an inevitable part of our life; as they say. And everything that has to improve requires change. This is what we often miss...
Read more

I travel to my college by bus every day. The other day, after a long night of binge-watching Brooklyn – 99, I had a...
Read more

Your body is an incredibly complex machine. There are still plenty of secrets regarding how some parts work, and research into these things is...
Read more
Previous article
5 Great Reasons To Take Up Fishing
Next article
How To Read A Book?

Can Delta 9 THC Increase Your Productivity While Working From Home?