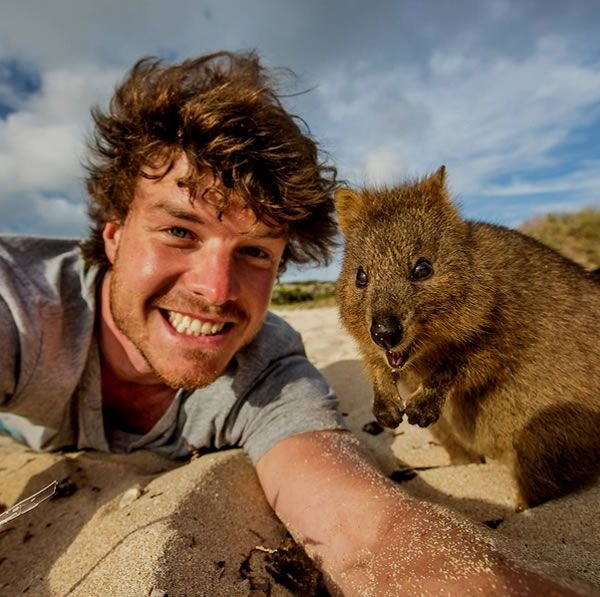 A pet psychic, animal whisperer or animal communicator is a person who claims that they can communicate with animals. So, are they real or it’s just a guesswork??

It is not easy to buy the whole idea of communicating with animals, but there are people doing this job professionally across the globe with their peculiar ability to communicate with animals. Animal communicators believe that this art requires trust which comes when we treat all animals equally. They help to identify the reason behind the change in the regular behavior of the animal, which may be due to some injury or illness, which a common man will not be able to identify at once.

There are many famous animal whisperers, one of them is Allan Dixon who is famous for taking selfies with animals.  He can control animals very nicely and his selfies with animals are the point of attraction. One more famous example is of a Canadian woman named Lauren Bode who claims that she’s a horse whisperer.

Read also: The Interesting Story Of A Rare Fish With Powerful Human-Like Teeth

Some whisperers say that anyone can do this, all they require is practice!! To treat every animal equally and build trust with them. They say that an animal will never harm anyone unless it feels insecure and hence it will attack only for the sake of self-defense. Lion also attacks when he is hungry.

We all must have watched a famous Bollywood movie Teri Meherbaniyan, 1985, film by K.C. Bokadia, that movie can be related to animal whispering and love towards pets.

These animal communicators have strong faith in their intuitions. They have very strong perceiving power, they catch each activity of an animal to understand their mood and behavior at a particular instance of time. Some animals have characteristic behavior so they have to do a lot of research on animal behavior in different situations. All they have to do is to understand a living creature who cannot talk in our language. This is not at all easy, sometimes accidents may happen as animals are dangerous, if they feel any insecurity they will attack.

To understand this ability, in 2008 a poll was done. It was found that 67 percent of pet owners say that they understand their animals’ purrs, barks, and other noises very well, and 62 percent said that when they speak, their pet understands them.

This psychic communication between humans and animals has never been scientifically proven, so claims of psychic communication on very shaky ground. At least humans can share a common language; how a psychic could possibly translate the thoughts and intentions of a parakeet, fish, hamster, horse, dog, spider or any other animal into human language is yet a mystery.

Ice Cream is more than a Dessert, it's a Therapy. via-wanderingjokas.comWho doesn't love ice cream? The love for ice cream made Maryellis Bunn, a 25...
Read more

Know The People Within Your Neighborhood To Stay Safe

Adopting good safety habits and making sure everyone in your home is aware of good, solid safety protocol, even at the basic level is...
Read more

Descendants of merchants, sailors and slaves from South East Africa, Siddis are an ethnic group settled in India, Pakistan and Srilanka.  They are believed...
Read more

Sex chat with strangers can be an exciting and interesting experience. It's a great way to explore your fantasies, broaden your knowledge, and learn...
Read more
Previous article
Real Forbidden Love Stories Across The World
Next article
YOGURT OR CURD! Confused? Here Are Some Intriguing Facts!

6 Tips on How to Get Rid of Blackheads And Whiteheads