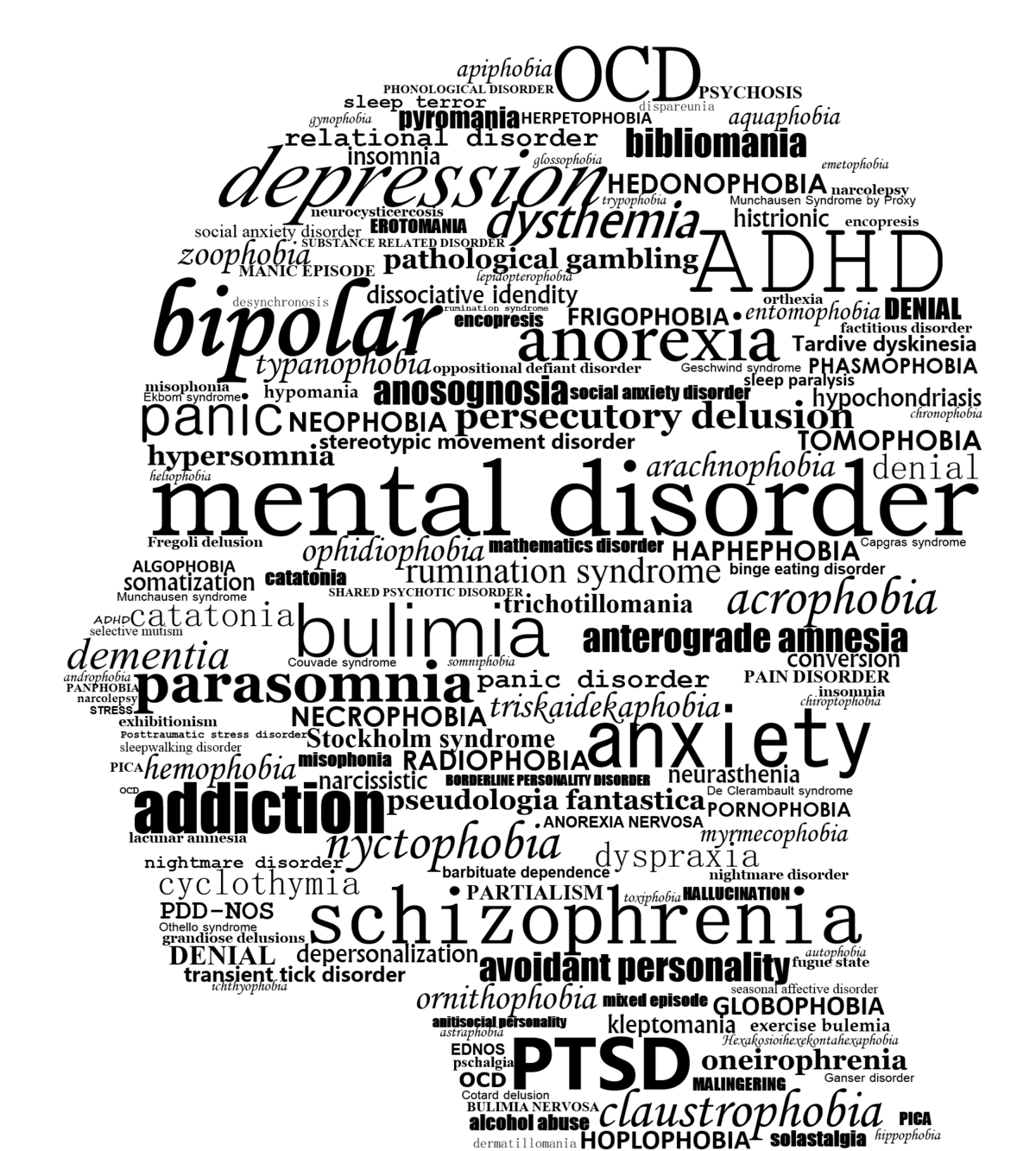 Are you normal? It might seem like an easy question, but our brain is a complex organ. Human beings are yet to understand its full potential. Our grip on reality can be thinner and more unsubstantiated than you think.

This should come as no surprise, since everything that a person is—their hopes, memories, and conditioned responses—are all contained by the small, fragile brain.

However, unlike a failed liver, a malfunctioning brain can result in many bizarre consequences. The basic senses that we take for granted—such as not craving human flesh, or being able to recognize your family’s face—suddenly vanishes, and all you are left with is a disorder so bizarre that you get written up in an article like this.

Cotard’s syndrome makes you believe that you have either been dead or mutilated in some absurd manner such as amputation or your blood being drained out. Yet some patients show delusions of immortality.

The condition is most common among schizophrenics and people who’ve suffered head trauma. The case of a young man who hit his head in an accident in Scotland left the hospital convinced he was dead from either septicemia or AIDS. Shortly afterward, when his mother took him to South Africa, he came to believe that his soul had been sent to hell.

This is either your mother or an alien replicate. Can’t be too careful.

People with this disorder are irrationally convinced (or are they?) that strangers have taken the place of their friends and family members and are wearing cunning disguises that only look like the faces they’ve known all their lives.

Researchers, although uncertain, speculate that this disorder might have a basis in an organic brain disease.

Remember the famous series Santa Clarita Diet?  It could be a real thing.

Wendigo psychosis is one rare disorder in which you start craving human flesh.

Wendigo is said to be a paranormal creature who feasts on human flesh. Symptoms usually include Nausea, Vomiting, and Loss of appetite (Ironic much?).

Eventually, the victim will crave human flesh, and will sometimes attempt suicide to keep from “infecting” others.

People with aboulomania have reported being completely indecisive about every minor decision they had to make. Routine activities such as walking, completing chores or deciding which famous person to troll, becomes difficult to prioritize.

What’s interesting about aboulomania is, that the affected person is otherwise completely normal. Sufferers know they have a problem with pathological indecision, yet they will agonize at length over every little thing. People with the condition just can’t stop obsessively working up elaborate arguments in favor of their actions.

To treat these victims, doctors first have to rule out depression and then,  in a gentle manner encourage them to get over it. It tampers clinical research because scheduling a visit with patients is generally difficult.

Even though our brain is responsible for everything we do, perceive and are; it is after all just an organ and things can go wrong with it. Brain disorders cannot be treated like other diseases, and once inflicted it is very rare to ever be completely rid of it.

Listed in this article are 4 of the rarest mental disorders, some of which are culture-specific.

We should appreciate all our senses in life, we never know who is craving for the things we take for granted.

Read also – The Most Unusual Mental And Psychological Conditions

India is one of the famous countries as it is known for its unity in diversity and vibrant culture. And many people visit India and...
Read more

When you are looking at traveling to Orlando, you want to carefully think about the accommodation that you are staying in. Whether you are...
Read more

Sex chat with strangers can be an exciting and interesting experience. It's a great way to explore your fantasies, broaden your knowledge, and learn...
Read more
Previous article
Snake And Python Massage Is A Thing Now?
Next article
Psychic Surgery: Miracle Or Deception? The Truth Unraveled.