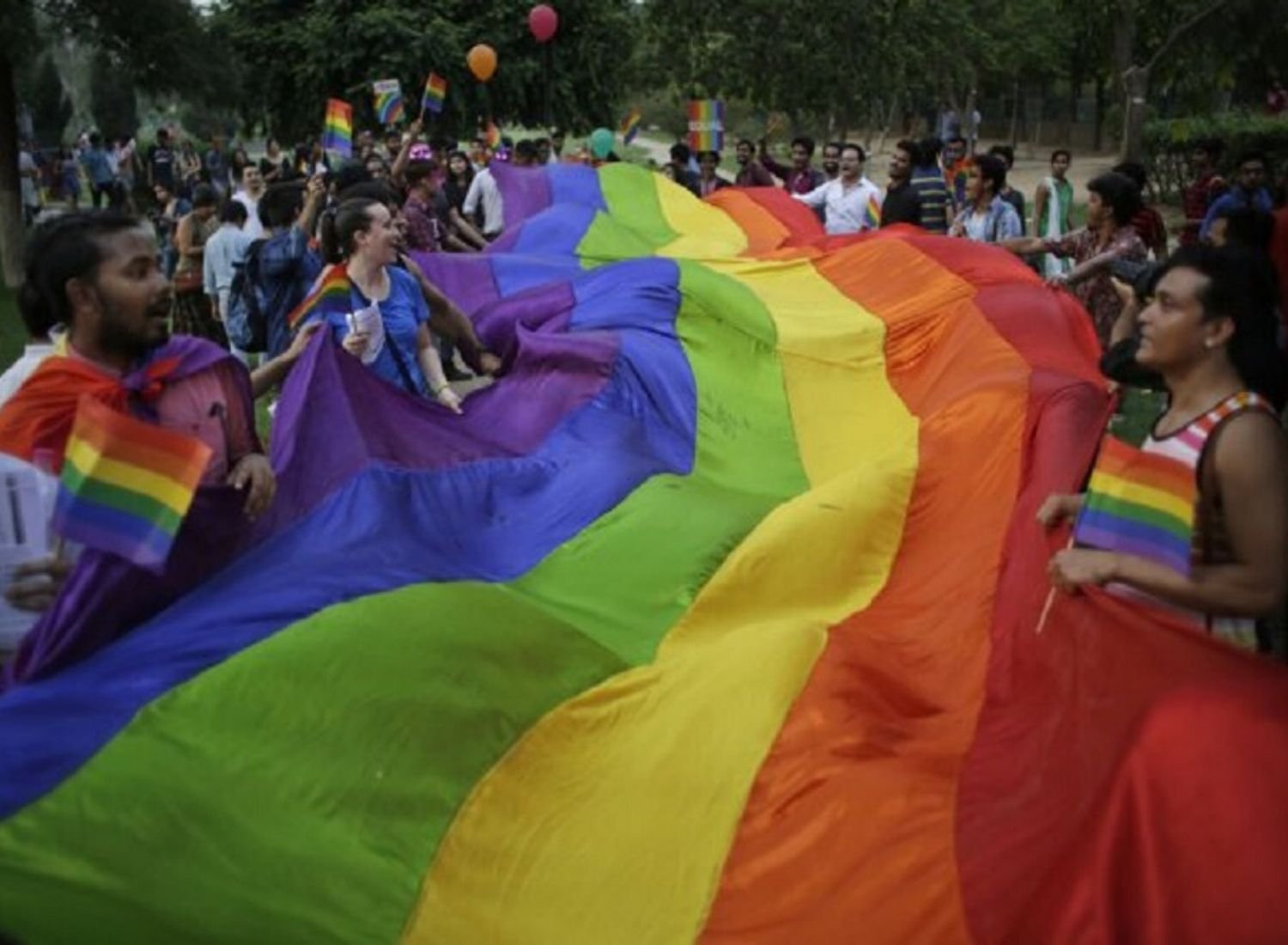 What is the LGBTQ+ Community?

The LGBTQ+ community is the community of lesbians, gays, bisexuals, transgenders, queers, and the allies. Socially unaccepted, this community has come a long way from legal rights to now the government supporting these people.

But even though the government is doing as much as they can to support the community and allies, the inconsideration and negligence of the society for these people still have not changed.

Be it the family not accepting them, or socially being judged or bullied, the community is still facing the outcomes of the homophobic and transphobic society. There are various reasons behind the unacceptability of LGBTQ+ people but there are some small things that we can do to make them feel more accepted and considerate in society. Because with time, changes are necessary to happen to make the society more liberated for all kinds of people and to respect them for whoever they are.

So here are some of the things and behavioral changes that we can do to make the India society more redeeming to the LGBTQ+ community:

Table of Contents show
1. Encourage activism against the discrimination of LGBTQ+ people
2. Speak out against the use of anti-LGBTQ+ slurs
3. Understand and respect them for who they are
4. Open more NGOs and help centers
5. Join the pride parades
6. Stop making everything hetero-normative and misgendering them
7. Include sex education in school
8. Include more characters of the LGBTQ+ community in films and movies

1. Encourage activism against the discrimination of LGBTQ+ people

Be it conversion therapies or imposing the societal choices on the LGBTQ+ community, the bigotry faced by them is just heart-shattering. But as a growing progressive society it becomes our responsibility to raise our voice against these acts of malice.

Given that social media has become a platform where news and information can spread in a blink of an eye, using it to spread awareness and uplifting activism against this discrimination happening around the globe is a way we can help the society to be LGBTQ+ friendly.

Raising voice when you see someone discriminating against them, fostering and supporting groups and organizations standing against the discrimination faced by them, are some of the simple ways we can follow to help the LGBTQ+ people feel safer and more accepted in the society.

2. Speak out against the use of anti-LGBTQ+ slurs

The society becomes too ignorant when it comes to using slurs related to LGBTQ+ people for humiliating and insulting people. They think calling someone gay, lesbian or transgender is just okay. But, in reality, it is not fine at all. Being LGBTQ+ is not a choice, its who they are and are proud of it. Everyone is supposed to make them feel proud to be one, instead of mocking them and making them feel small. Some of the common anti-LGBTQ+ slurs used are-

These kinds of slurs lead to low self-esteem, depression, the unacceptability of self, anxiety, insecurities, etc. which eventually leads to suicide attempts.

Hence, we have to stop using such words and respect everyone as a human being. We become equally responsible to take actions when someone uses such foul homophobic and transphobic language and spread awareness for the same.

3. Understand and respect them for who they are

Being homosexual, transsexual, non-binary, or asexual is not a choice. They are who they are and it’s not like one day they woke up and just decided to be homosexual or transsexual.

And as human beings it becomes crucial for us to respect them. We can not shut them off and not accept them for who they truly are.

We should be proud of them for accepting themselves and being who they are as not many people have the courage to do so. Hence by reacting positively, by not being harsh when they come out to you, or just by supporting and respecting them you can make it easier for them to breathe in this society.

When being thrown out of their own house, abused and forced against their will, or being forcefully sent for conversion therapies or any such pseudo-therapies, the allies have to have some outside support that can assure them safety.

When a student or a dependent person comes out or is outed by someone to their family and friends, they might face discrimination, violation, etc. which becomes difficult to suffer from. Hence they are required to leave their own family or are abandoned by friends and family.

In such situations, NGOs and help centers become very important to help and be there for the allies. By opening more NGOs, help centers we can help the LGBTQ+ people to survive and most importantly to make them realize that society supports them no matter what.

For example, elder LGBTQ+ members in Mumbai are being offered a safe space to meet for a ‘chai and a chat’ to tackle loneliness through a social group ‘Mumbai Seenagers’ many such groups are required to be formed.

Pride parades are the silent and non-violent parades performed by LGBTQ+ communities all over the world to celebrate love, freedom, and spread awareness about the mishaps against them and to declare their existence in society.

Now, you will ask, why should I join them when I am not a part of the LGBTQ+ community. The pride parade is not a parade specified for LGBTQ+ community members, it’s a parade that supports them and accepts their existence.

Hence even if you are a cisgender or straight person, your support will help them celebrate their freedom with everyone.

Hence, join the pride parades, and if you can’t do so, at least spread the awareness of them happening, so that one who can join will not miss out and support them through virtual means.

6. Stop making everything hetero-normative and misgendering them

To misgender someone is to assume that a particular person is of so and so gender and ignoring the possibility of them being non-binary. In the above example the person just assumed that the other person is a woman without asking them about their pronouns and gender-preference. Hence, making small changes in our approach to people by first asking them about their pronouns and then leading the conversation accordingly is very crucial. As it makes social experience tranquil and reliable for the LGBTQ+ people.

7. Include sex education in school

To make it easier for the youth to accept their sexuality and to make it common for anyone to be LGBTQ+ we have to include sex education in the school itself. This will help kids to understand sexuality, body types, genders, and accept themselves or others. This will also help them realize that being LGBTQ+ is fine and that nothing is wrong with them. This way, we will make the society so normal, approachable, and acceptable for LGBTQ+ people that an article like this won’t even exist.

8. Include more characters of the LGBTQ+ community in films and movies

Movies like Kapoor and Sons, Ek Ladki Ko Dekha Toh Esa Laga, Shubh Mangla Zyada Sawdhan are some of the movies which have given a virtuous boost to the inclusion of LGBTQ+ characters in the Indian film industry. But more such movies are to be made where the LGBTQ+ community people exist with as much normal treatment as the non-LGBTQ+ people do.

Most importantly it has become obligatory to give this platform to LGBTQ+ people themselves to act in movies and be given the opportunity to become who they always wanted to be. For example, Anjali Ameer is the first transsexual woman whom Indian cinema has cast as the leading actress. This is the start and more and more such steps are to be taken to make the film industry recognize actors from the LGBTQ+ community.

Hence, we do have a long way to go, but these small steps are what is going to lead us to the brighter side. The more we accept them the easier our life becomes and the more we become an independent, non-judgemental, and open society.

Read Also: Want to Know about Gender Specificity of Pink and Blue?

In case you head to the salon for a facial cleanup or any other treatment whenever your skin feels dull, here's something that will...
Read more

5 Methods to Live a Sustainable Life

Have you ever thought about how your lifestyle affects those around you? During the pandemic, many people started thinking this way. The global uncertainty...
Read more

In an Indian household, our parents teach us from a very young age to never touch papers, books and people with our feet. If our...
Read more

Your body is an incredibly complex machine. There are still plenty of secrets regarding how some parts work, and research into these things is...
Read more
Previous article
4 Ways To Incorporate Dough And Bread In Your Healthy Diet
Next article
7 Reasons why everyone should try Lucid Dreaming