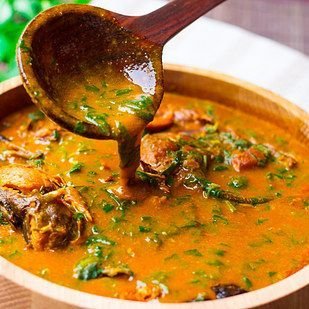 We Indians, being so kind and large-hearted welcomes all that comes to our country. Let that be people from foreign countries or brands or culture. Likewise, there are even foreign foods which have been mixed up with our foods that we all think that they are “Indian origin”. Let us have a look at all those foods which are assumed to be Indian.

The North Indian ladies take the pride of cooking the Rajma like no one else can do. “Rajma chawal” i.e., Rajma with rice is the staple food of the North Indians too. But do you know this is not an Indian dish? Yes, rajma was brought into our country by the Portugal. Soaking and boiling the kidney beans credit goes to the Mexicans. This is their staple food as well. But we Indians had made changes to this dish by adding the Indian gravy of tomatoes, onions, and garlic to the kidney beans.

“Dal Rice (Bhaath)” or “Dal chawal” or “Annam papu” or whatever it is called at your place is the simplest yet and “Desi homemade food”. But this food credit goes to the Nepal. This is due to the North influences that this dish not only entered India but also our hearts.

The most loved snack by all of us is Samosa. It was originally called “Sambosa” but later become Samosa. We all love it. There are varieties of stuffing inside it. Aloo or Potato is the most common one. But this is the food from the Middle East and was brought by the traders into India between 13th and 14th century.

This sweet dish is mouth watering. It is gulab jamun which means “gol means flower” and “ab means water” in Persia. It means it has originated in Persia. They actually deep fry the dough balls and then soak in honey and drizzle it with sugar. We though made changes to it by adding various ingredients like saffron, cardamom, and other dry fruits. We even replaced the honey syrup with sugar syrup.

The hot drink on the rainy day we all enjoy to have is Tea. But please don’t be shocked to hear that it is not an Indian drink. It is a Chinese drink and was used medicinal purposes by them. British did not want China to become a monopoly and thus they brought tea to India and made tribal people cultivate it, making it inseparable from the lives of Indians.

When it’s raining, North Indians love to have this “Hot and Crispy Jalebi with Badam milk”. While in the south, it is preferred hot as well as cold. It is our favorite Jalebi. It was originated in the Middle East. Originally called as “Zalabiya” in Persian and Arabic. No doubt, Persian must have bought this to our country. Thanks to them.

We all may think filter coffee is actually famous in South India so must have obviously originated in Chennai or anywhere in the south. But this is not an Indian drink. It was originated in Yemen and was brought into India by Baba Budan on his way to Mecca. Coffee was used as a supplement to liquor. People drank it without milk or sugar. It was smuggled to India until a coffee house was set at Bombay in 1936.

This bread which goes well with all our Indian curry dishes is actually not Indian. It was bought in India in the Mughal era and the actual cuisine is from Persia.

The most loved non-veg dish by all Indians  “Chicken tikka masala”. But did you know it was first made in Glasgow, UK? It was made by chef Ali Ahmed in 1971 at the request of his customer. This is an improvised version of their dry chicken.

“All thanks to these foreigners who gave us so many dishes and thanks to Indians for loving and welcoming these foods to their homes and hearts.”

Darsh Patel - April 17, 2021
0
Previous articleHow Much Do You Know About the Most Beloved Sphere – Golgappa
Next articleDo You Know Why Ancient People Invented Dance?

Unexplored Wilderness of the North East which will Blow Your Mind

These 5 Home Made Juices that Will Help You to Lose Weight!