Unclear Mysteries Of Various Haunted Unusual Mirrors In The World 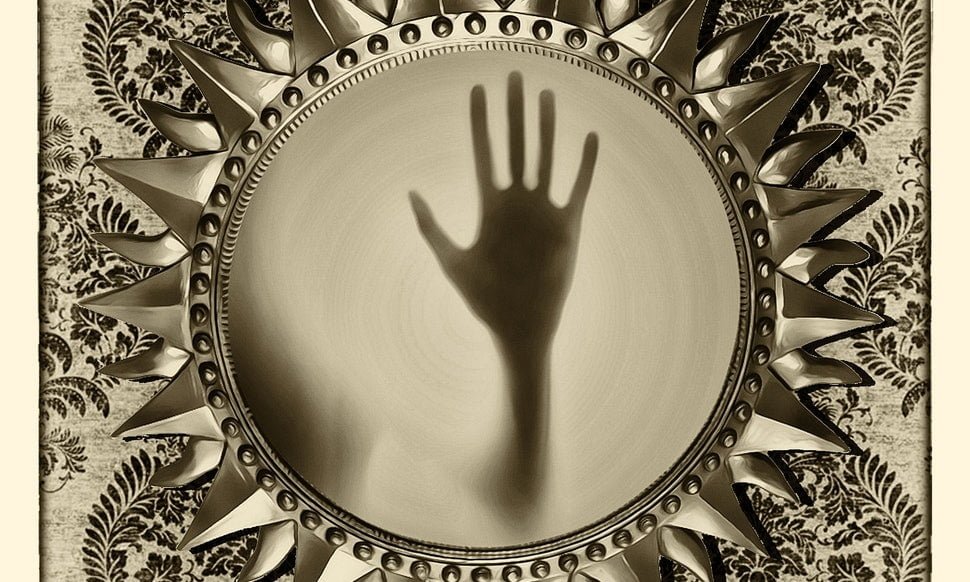 Looking ourselves into a mirror is something which we daily do in our life. It shows how we look or how our outer appearance is? And of course, we use it for creating funny moments in front of it. It somehow fascinates us and at the same time, there are haunted unusual mirrors behind which several mysteries hidden to which we are unaware of.

Have you ever noticed any unusual thing while gazing into a mirror for long hours? While looking at your reflection, have you ever thought what is exactly behind a mirror? Do you ever come across any weird mirror which does not show your reflection? Like all these, there are various mysterious questions behind mirrors which will frighten anyone.

Using mirror had become so common to us in present times, that we hardly think of any unusual things about it. We never take things seriously until and unless something happens in someone’s life. We always forget that even small things which we ignore might have many hidden truths behind it. In the same way, there are many myths and legends related to the mirrors which give anyone a haunted feeling.

Some of the myths are as follows:-

1. Roman people believed that breaking a mirror has a negative impact and will bring seven years bad luck in one’s life.

2. Jewish people believed that when someone is about to die all the mirrors in the house should be covered otherwise the soul of that person gets trapped into it.

3. Some also believe that one should never look into a mirror during the night by candlelight as this will make you see the ghosts.

4. In ancient times, many believed that mirrors are used as an entrance or portal by ghosts to enter any house.

5. Some also say that a bed in a house should never be placed in front of a mirror as it likely to get negative effects from spirits.

6.  Some are of the view that old mirrors in the house should always move to different places, in order to prevent from attacking by evil powers.

7.  There are still others who are of the view that mirror invokes unusual illusion when people look at their reflection into it.

8.  From the Greek times, mirrors have been used for magical purposes and also for reading the future of a person.

9. In some culture, people also believe that a mirror shows the real soul or true nature of a person. That is why vampires and evil spirits do not have any reflection in the mirror as they don’t have a soul.

10.  Serbo- Croatian people believe that to stop a spirit from wandering a mirror should be buried with the dead person.

This mirror was seen in Mexico. A person attracted by the silver frame of the mirror bought this from an antique shop. The person took the mirror to his home and hanged it in his bedroom. Then in evening, he heard a sound of a knock. He checked it and the sound was not from the main door but from inside the mirror. He went there and saw his reflection which grabbed him into the mirror partially. The person saw his bedroom and other things totally inverted backward inside the mirror. But soon he made efforts and freed himself. After this, he burned that mirror.

This was found in a London by two friends outside their flat. The mirror was beautiful and had a walnut frame. They took the mirror and hanged it in their flat. Since then both felt strange things happening around them. Every night one person felt stabbing pains in his body while other went into depression and became weak. They even saw weird movements in the mirror. Then both later convinced that something bad happened in front of the mirror. So, they decided to sell the mirror on eBay. After that everything got normalized in their life.

3. A mirror in Myrtles plantation –

Myrtles plantation is in St.Francisville, Louisiana and is one of the most haunted historical places. It is a tourist place now. In this house there is a haunted rectangular mirror will gold frame. The mirror is there for over two centuries. The mirror is said to be haunted the family which lived in this house were died together and trapped in the mirror. Many tourists who visited here took the picture in front of the mirror and saw creepy shadows, weird fingerprints, a reflection of someone standing there.

A couple named, Greg Newkirk and his wife Dana, formed a museum called Traveling museum of the Paranormal & Occult to showcase their collection of haunted objects. Once Greg was contacted by a young woman who gave her a Dark mirror and said that this mirror is doing evil things. Later when this mirror was showcased in his museum several incidences happened. While gazing into the dark mirror a woman in the museum said that she saw her own corpse in the mirror. Another visitor said that she saw her own image which was whispering in the mirror despite that she never opened her mouth once. Like this many other weird things, people have seen in that mirror.

The origin of this ancient magical mirrors of China is still unknown. The mirror has a weird ability to cast designs on wall or screen from the back when light falls on the front. This rare Chinese mirror is called ‘tou kuand ching’ which literally means ‘light transmitting mirror’. The reason behind the magic of this mysterious mirrors is still unknown by various scientists.

These are those mirrors which reflect sound waves. These rare mirrors were used in Britain during second world war to discover sound waves of enemy aircraft. It is still standing on the coast of Britain and it is not open for public.

Believe it or not, these unusual mirrors somehow existed in the particular time period of history.

Read Also-  Did you know about the shit bus?

How Food Affects Your Mood? Read On To Find Out!

How food affects your mood? "We are what we eat." We have heard this quote time and again. But what we need to realize is that the...
Read more

English words originated from Hindi Colonization changed the world in ways both good and bad. Cultures from all over the globe came into contact with...
Read more

Mukbang and ASMR eating has been the ongoing trend of this "new generation," which is usually on the phone screen, scrolling through social media...
Read more
Previous article
Autophagia- A Condition Where People Eat Themselves!
Next article
This billionaire got lost in the Facebook security Scam?