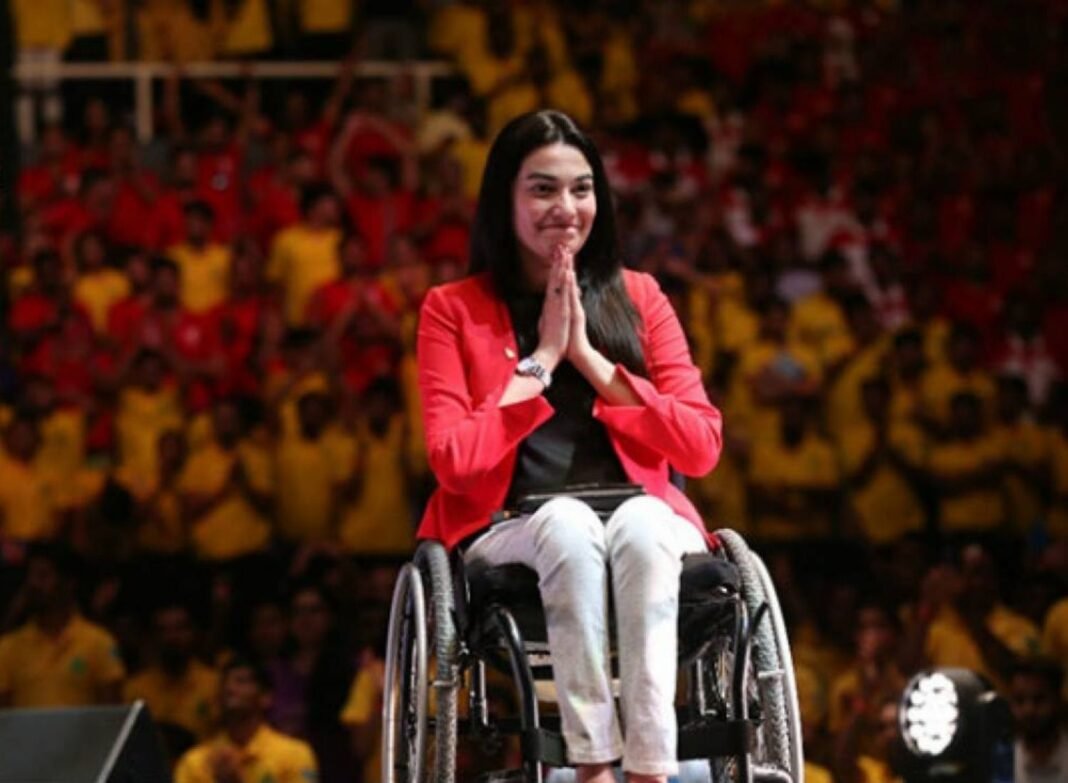 So here is a tribute to the iron lady of Pakistan Muniba Mazari. A story of a woman whose perfectly imperfect life made her into what is she today. She is the one who is a true motivation for all the people out there. So let’s see the journey of Muniba which proved to be the turning point in her life.

Born on 3rd March 1987, Muniba is of a Baloch background. Her father engaged her with “Khurram Shahzad” at a very early age. He was a former fighter pilot in the Pakistan air force. Their marriage was not working well from its initial days. In 2007 the couple met out in a major car accident. Somehow ‘Khurram’ rescued himself from the mishap but it was Muniba who was left there in a devastated state inside the car.

She sustained a lot of injuries the list is a little bit long don’t get scared. Her wrist was fractured, shoulder bone and collarbone were fractured. Her rib cage was too fractured which in turn also damaged her lungs and liver. She wasn’t able to breathe and had also lost the urinal bowel control. Besides these, three vertebrae of her backbone were completely crushed. At last, she got paralyzed for the rest of her life. Finally, she ended up in a hospital.

Journey After the Mishap

As soon as she was taken to the hospital she underwent multiple surgeries. She was kept in the hospital for two and a half months. Doctors too had backed off. Muniba had a keen interest in painting but unfortunately, her wrist and arms were deformed. The injury was so deep that the doctors said: “you won’t be able to paint or hold a pen again”. Her injuries kept on decomposing her, her spine injury was so bad that the doctors said: “you won’t be able to walk again and neither will you be able to give birth to a child again”. After so much of imperfections, Muniba had almost given up on her life.

How Her Life Changed

As we know that there is always one person who is thereby you no matter what and that person was Muniba’s mother. The words of her mother were so magical that one-day Muniba wanted to paint and that very day she had made her very first painting on her deathbed. Soon Muniba was discharged and she was taken back home. As soon as she came back home she realized that she had developed a lot of pressure ulcers on her back and hip bone and was thus bedridden for a span of 2 years. Her husband divorced her due to her disability, besides that her father too left her alone. Muniba then decides to adopt one child because she was not in the condition to give birth to a baby ever in her life.

Dealing with such a major breakdown not only physically but also mentally, she has proved herself different from the rest. She has so many achievements until now.  Being a painter, a singer, a TV anchor. She is the first model of wheelchairs, she is also a social activist. Besides that, she is a motivational speaker and she speaks on big platforms like TEDx, the Global Leadership Conference, and many others. She serves as the National Ambassador for UN Women Pakistan. Besides that, she has also been named as BBC’s 100 most inspirational women in 2015.

So you can see how somebody’s absence can change your life. She taught us the meaning of real happiness which lies within. So here’s a salute to the true face of Pakistan – MUNIBA MAZARI.

Choose The Right Meditation For Your Personality:There are thousands of medications known all across the globe. So which one should you go for? How...
Read more

These Holi Recipes Will Appeal To Your Taste Buds! And You Don’t Even Have To Worry About the Calories!

Origin of your favorite brand namesAll of us are having attraction nowadays towards brands. As commercialization is progressing, we are getting attracted towards various...
Read more

Ranitidine, also known as Zantac, is a medicine that reduces stomach acid production. Peptic ulcer disease, Zollinger–Ellison syndrome, and gastroesophageal reflux disease (GERD) are...
Read more
Previous articleHow to Determine Your Skin Undertone Easily?
Next articleHow is Your Personality Predicted by Your Handwriting

Guidelines on How to Choose the Best Chiropractor For You