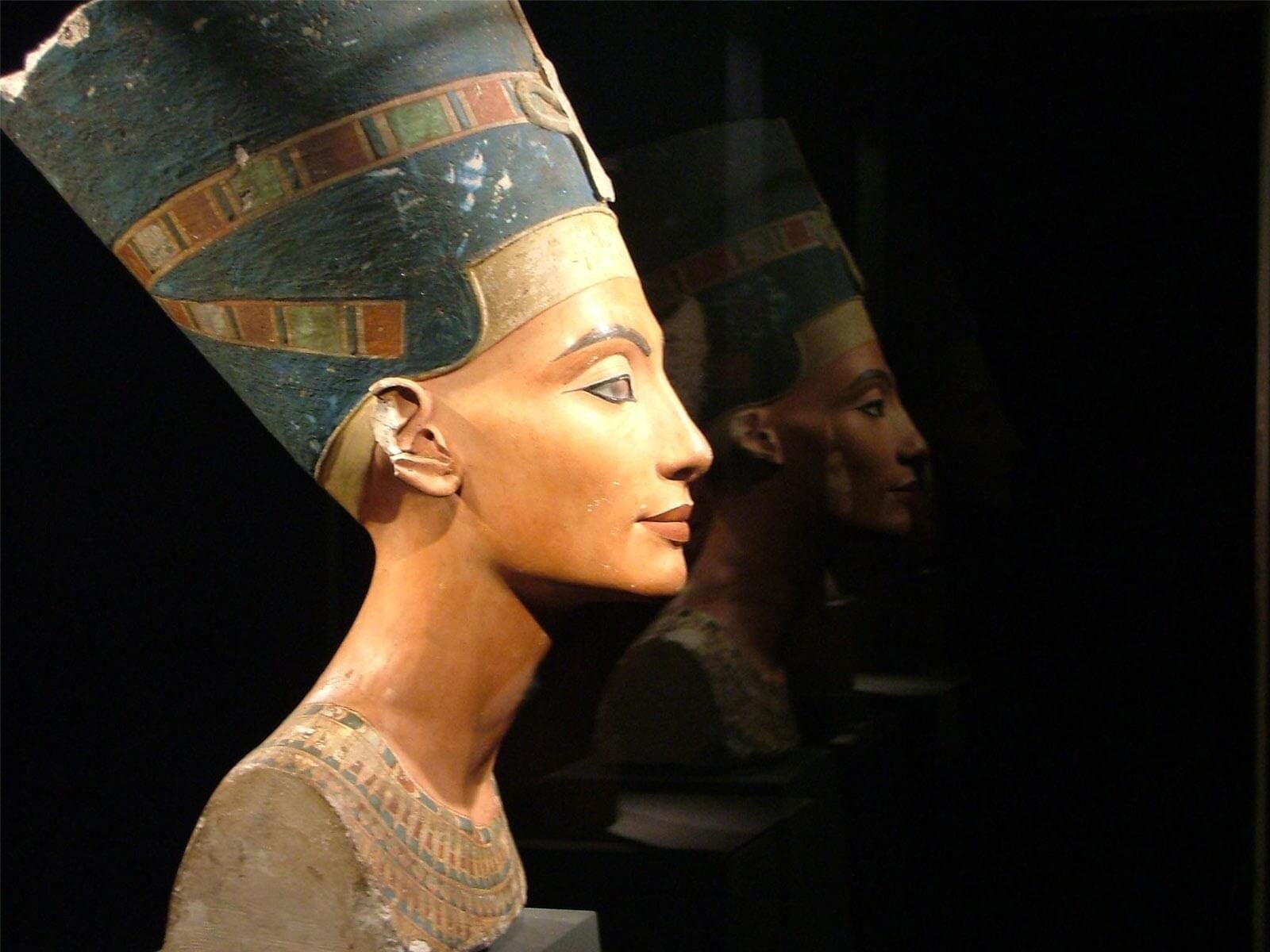 Scattered in the pages of History among all the kings, generals, conquerors, and administrators are the names of some women who defied all odds to rule in their right. The impact that these women made within the world cannot be denied. They were sovereign shadow queens, ministers, soldiers, and reformers whose laws, intelligence and skills changed the course of History.

But these were not the only women who held power. Seldom remembered are those who pulled strings from behind curtains, manipulating events through various means. The list below compiles some such names.

Roxelana, The Haseki Sultan of the Ottoman Empire

Roxelana was only 15 when she entered the harem of the Ottoman ruler Sultan Suleyman. Named Hurrem for her cheerful nature, Roxelana captivated the Sultan with her wits and beauty, so much so that he broke a 200-year-old custom to marry her. Secure as the chief consort, Roxelana started influencing the household, and gradually, the state affairs and even international politics through her husband. She broke several more traditions, earning her great power, and may have possibly instigated the death of the heir apparent to ensure that one of her sons inherits the throne.

Roxelana frequently accompanied her husband as a political adviser and remained in court throughout her life. Her power was comparable to that of any sovereign king, and she was possibly the most powerful woman of her time. So far was her influence that it was believed that she had bewitched her husband. Hurrem was also the first woman to hold the title of Haseki Sultan, meaning the favourite or chief consort of the Sultan. The granting of this title marked a significant shift in the harem and court hierarchy. Instead of the Sultan’s mother, it was his wife who held the reins. Roxelana’s reign was also significant for having started the Sultanate of Women, where mothers and wives were often the power behind the Ottoman throne, ruling through their minor sons or husbands.

Born to her family when it was at its lowest, Mehr-un-Nissa or ‘Sun Among Woman’ signalled the end of their hardships. Her Persian noble family was able to rise again under the Mughal rule, and Mehr receives an excellent education. Volatile but very intelligent, she was married to Sher Aghan, who was later killed after his alleged betrayal to the government. Mehr and her daughter were then taken into the imperial harem, where the Dowager Empress Ruqaiya Begum was able to provide them with protection and status.

Romantic legends surround the love between Jahangir and Mehr-un-Nissa. Finally marrying the Emperor in 1611, she was given the title Nur Jahan or ‘Light of the World’ by her besotted husband. She was his last legal and the twentieth wife. Jahangir, caught between his love and his addiction to opium, was easily influenced by Nur Jahan, and for around 15 years, she was the real power behind the Mughal throne. She sat alongside her husband on the jharoka to receive audiences, issued orders, oversaw the administration of several jagirs (land parcels), and consulted with ministers.

Nur Jahan was the only Mughal Empress to have coinage struck in her name. She sat on the court with her husband and even conducted it independently when the Emperor was unwell. Jahangir also gave her possession of the imperial seal, meaning that any document had to be ratified by her to receive legal validity. She eventually lost her power when she went against Prince Khurram, who later became the Emperor Shah Jahan. She lived the rest of her life removed from political power, but her influence had vastly shaped the Empire at the peak of its glory.

Anny Boleyn was a woman so charismatic and ambitious that she broke the Church. Quite literally! King Henry the VIII remained without a son despite a twenty-year long marriage, which meant that there was no Prince of Wales to inherit the throne. Meanwhile, he had a string of affairs and mistresses, including Anne’s sister Mary. But when he wished to have Anne, she made it clear that she would not be a mistress- only a wife. So Henry decided to divorce his wife Catherine of Aragon to marry Anne. But the problem was that the Catholic Church based in Vatican did not allow divorce, and Henry’s petition was turned down. This happened around a time when people such as Martin Luther were asking for a reformation of the Church.

Finally, a series of Acts were passed by the English Parliament, declaring the King to be the Supreme Head of the England Church, breaking away from the Roman Catholic power. Henry became much more powerful, with control over both politics and religion. He divorced his wife and married Anne in a lavish ceremony. But unlike most queens, Anne was the most powerful during her courtship period. Before her marriage, she was able to grant petitions, receive diplomats and give patronage. And, also had enormous influence over her future husband to plead the cause of foreign diplomats. She was even made the Marquis of Pembroke in her own right.

But becoming queen led to her swift downfall. Her power and allies decreased rapidly as she failed to produce a son and heir, and Henry was once again engaging in a string of affairs. She watched as he fell in love with future wife Jane Seymour, but foolishly hoped that he would cast her aside like Katherine. Instead, the King ordered Thomas Cromwell get rid of her, and she was accused of treason, adultery, incest, and witchcraft, following which she was executed. Anne’s power had been brief but intense, and she left her mark in more ways than one, after all, her daughter was none other than Elizabeth I.

Born to the Yehenara clan of China, Cixi was introduced as a concubine to the Chinese Emperor Xianfeng’s harem when she was 15. When the Emperor died, her five-year-old son was the only male heir, and he became the Emperor and she the Dowager Regent. When her son died, she installed her nephew in his place as another puppet to wield her power with. While she shared the regency with Empress Ci’an, it was eventually her who had the upper hand.

Cixi essentially had complete control over the vast country, its resources, state affairs and the nobles and officials. But she still could not prevent the massive internal and external turmoil that the country was going through. Rebellions, the aftermath of the Opium wars and the superior western powers meant that China and its powers were rapidly declining. Efforts at Westernization failed amid lack of planning, corruption, clashes between warring factions and efforts of officials to remain in power.

Many around the world and in China consider Cixi to be a despot, who was largely responsible for the downfall of the Qing dynasty. Her oppositions often turned up dead, her stubborn refusal to adopt modern ways wounded China, and she was said to have directed resources for her personal uses. But despite this, personal accounts often show her as a charming, kind and warm woman. Some believe that she was a scapegoat for a dynasty that was already crumbling and that her rulership was no more ruthless than that of other rulers of the time. She was most likely a woman caught between two worlds, trying to protect herself, her dynasty and her empire the best she could amid changing times.

Based on what remains of their correspondence, it is believed that when Diane was 36, she became a mistress to King Henry II of France, who was 16-years-old. For the next 25 years, she was his most crucial companion and efficiently, the most powerful woman in France. She also ensured good terms with Henry’s wife, Queen Catherine De’ Medici. Her political astuteness, legendary beauty and influence over the couple meant that she had sweeping powers over France.

Henry blindly trusted her advice, even allowing her to write letters on his behalf. Sometimes, letters were jointly signed under the name Henri Diane. So high was her status that Pope John Paul sent her a pearl necklace when he sent the Queen a gold rose. However, the Queen, at first tolerating Diane’s powers, grew increasingly jealous of her. Diane was given political influence where the Queen was excluded from it, and the Château de Chenonceau, a part of the royal property that Catherine had wanted for herself, was also passed to her. An epic blow came to the Queen when the crown jewels of France were entrusted to Diane.

Diane’s political influence and the love of the King eventually cost the mistress. Despite it all, she was dependent on the King, and when he was fatally wounded in a jousting tournament, Catherine took the powers in her hand, banishing her from the court. She was forced to return the crown jewels and lived the rest of her life in obscurity, away from the court where Catherine ruled through her three sons, all of whom became Kings.

Read also: Do You Know Pubic Hair Was Used As A Memento?

People often talk about how women were merely pawns in men’s quest for power. But a closer inspection of history reveals that the opposite was true too. Just because women were not supposed to hold power, did not mean that they didn’t. Women all around the world effectively manipulated their sons, husbands, brothers, and masters to become true rulers, leaving the men with vacant titles. But eventually, their influence was tied to the men they controlled, and their downfall was easily brought about by various means.

You may have also noticed that most examples on this list are from older times. This is because women have increasingly come to the forefront, autonomously exercising power through various economic and political positions. Nevertheless, these women listed above are a testament to different, subtle kinds of forces – those of seduction, motherhood, persuasion, suggestions, and diplomacy, which allowed them to rule in a world run by men.

"Each has his past shut in him like the leaves of a book known to him by heart and his friends can only read...
Read more

In today’s medical community, physician medical billing and its collection are considered the backbone. The service providers have a massive responsibility on their shoulders...
Read more

Everything You Ever Need to Know About Managing Sharps Waste

While working in the healthcare setting, it's essential to be aware of biohazards, which present a significant safety hazard to both staff as well as patients. It's...
Read more

Sex chat with strangers can be an exciting and interesting experience. It's a great way to explore your fantasies, broaden your knowledge, and learn...
Read more
Previous article
Know About This Inhabited Wettest Place In The World
Next article
Lemon To The Rescue – Lemon Tea And Its Benefits!