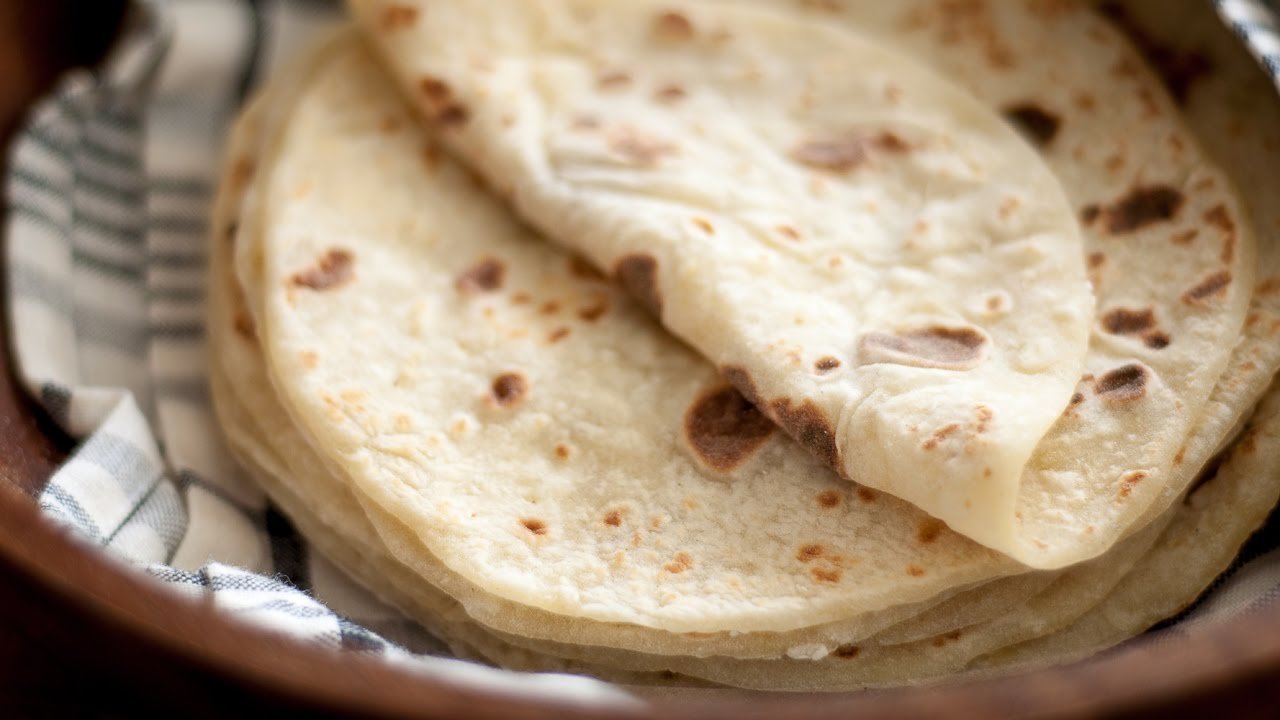 “And so the meal is ready”, wait where is ‘ROTI’?  So now you can guess what place this chapatti holds in our everyday life. There is no meal which can be concluded as delicious unless there is roti served. “Chapatti” is something which marks the essence of our Indian culture. It is known by different names at different places – chapatti, roti, phulka, safati, shabaati, etc. It’s a simple dish made of whole wheat flour called “Atta”. So besides knowing these basic facts have you ever thought how did this chapatti come into our being and how even today this roti is a mere must in everybody’s dish. So here you will get to know the history of our “roti”.

To begin with, the word chapat means “slap”, which defines the traditional method of forming rounds of thin dough by slapping the dough in between wetted palms of the hands. This unleavened flatbread from the Indian subcontinent was noted in the 16th century. The word chapatti was found in the documents of Ain-i-Akbari by Abu’l-Fazl ibn Mubarak, vizier of Mughal Emperor AKBAR. The carbonized wheat grains discovered at the excavation at Mohenjo-Daro are of a similar variety to an endemic species of wheat still found in India. Chapatti was also considered as the favorite food of Akbar in 1556. Thus chapatti was originated from ‘Indus valley civilization’.

Now we will come to know how chapatti became so famous not only India but worldwide. Earlier as we know the major source of income in India was agriculture. So wheat grain was the staple food of India. And the only food which was cost efficient and easy to make was chapatti. So, this is how chapatti became so famous in India. It also became prevalent with the Britishers during the Independence war. Slowly and steadily due to the immigrants chapatti became one of the essentials globally. Though it seems to be easy to make but when peeped into reality its way too tricky. This is so because of the round shape as well as the softness which a perfect chapatti requires. These two determinants makes chapatti a tricky edible to be made.

As every food has some health benefits so does our roti. Firstly, it supplies a minimum amount of fat. It helps in reducing cardiovascular diseases. Besides it is loaded with vitamin B&E, copper, zinc, manganese, silicon, calcium and many others. Further, it helps in better digestion and also helps keeps our skin healthy. Chapatti helps prevent constipation and prevents cancer due to the fiber and selenium content.

There is an ample number of dishes that can be made out of chapatti.

So you can see how this tricky to make but easy to afford dish has become so prominent. It’s not only the plain round chapatti which people have. But you see the variances in which a simple chapatti can be served. This is all about our roti. Hope you have a great meal and please don’t forget to have chapatti.

Read Also: Aurophobia- When Gold Turns Out To Be An Aversion

How To Breathe While Running? Follow The Next 4 Steps To Run More Effectively: When we think of running, a whole range of things come...
Read more

You must have heard and used normal butter often in your mundane life. But, did you know about nutty butter? Well, nutty butter which is...
Read more

When we were kids, we were excited to see clowns as they are supposedly figures of humor and long-associated with children’s parties, but for...
Read more

Sex chat with strangers can be an exciting and interesting experience. It's a great way to explore your fantasies, broaden your knowledge, and learn...
Read more
Previous article
Thalaikoothal-A dreadful act of killing elderly in India
Next article
Here are some amazing man-made materials that will carve the future

Why Are Oats Healthy And Superfood For You?

Read About The Benefits And Surprising Facts About TEQUILA Shots