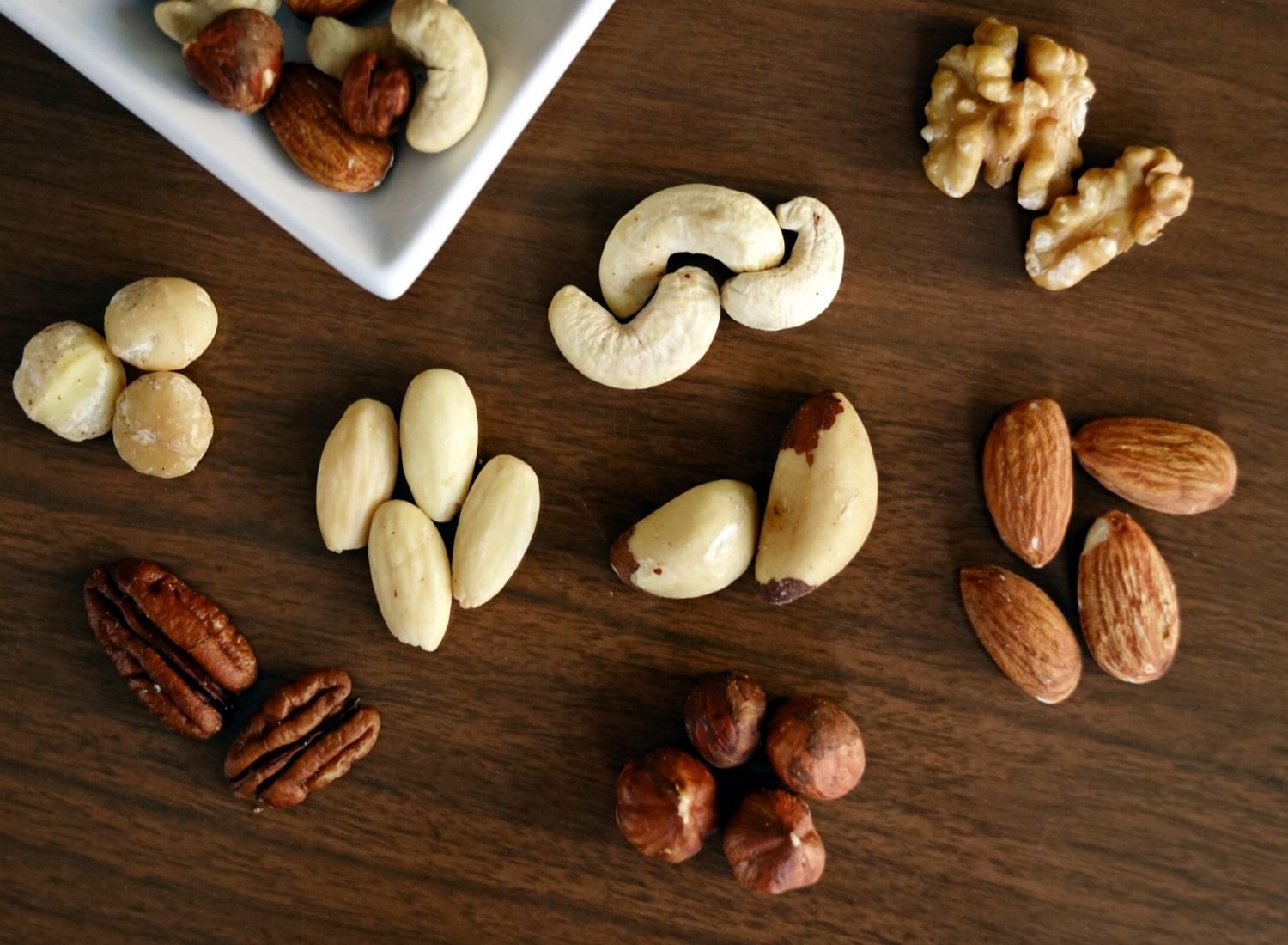 We have all fallen in love with that magical experience called eating. That makes food our favourite term. However, the work pressure and lifestyle of today’s world has led us to have terrible eating habits. Many people find temporary relief by eating junk food because that increases dopamine in our brains for a while. It reduces stress, again, for a while. In the long term, having unhealthy food can be quite a problem. It can do irreversible damage to our bodies and even though we know about the same, it is still quite challenging to stop ourselves from gorging on unhealthy food.

The most common result of giving in to our hunger is eating unhealthy food, which results in weight gain, which may lead to a lot of serious health conditions. One popular way of fanning off this hunger is by taking Appetite Suppressants, however, it is important to understand that not all suppressants are safe. You should only go for well-tested brands of Appetite Suppressants like these reviewed by HealthCareBusinessToday.

If however, you’re looking for all Natural Appetite Suppressant options remember the progress would be slow in comparison. Still, there is no denying that there are certain natural appetite suppressants that actually work in helping weight loss and promoting good health.

Natural Appetite Suppressants for you

Here are some top natural appetite suppressants that actually work and when used regularly, can bring tremendous positive changes in our bodies.

If there is one natural appetite suppressant that requires no explanation or elaboration, it’s water. This life-giving drink is as important for every living being as breathing. Thus, one must have a water bottle by his or her side all the time.

Water contains zero calories. Thus, you can fill yourself up with it without having to gain weight from the same. A well-hydrated body also helps you eat less and research shows that sometimes, when you are thirsty, you might feel hungry as well. In fact, this 2016 study concluded that adults who didn’t hydrate themselves adequately have higher body mass indexes (BMI). The US Department of Health and Human Services and The US Department of Agriculture recommends that water should be our primary beverage to keep our diet aligned.

Do not confuse water as a replacement for a healthy diet. It helps in reducing the unwanted weight from the body and one should have at least one glass of water every 30 minutes, but a good diet is necessary for a healthy body.

The great thing about having dark chocolate is that it tastes amazing, improves mood, and has a high percentage of cacao, which has quite less cane sugar as compared to milk chocolate. This ensures less calories in your body and great health benefits.

In a 2011 study, 16 healthy men ate either milk or dark chocolate. Out of them, those who had dark chocolate felt more satisfied and had less desires to have other sweets than others. That said, why not have a good quality dark chocolate before dinner tonight?

Fenugreek is a common herb used while cooking dishes, either in seed or leaf form. It is also used as an important health supplement in Ayurveda. The seeds are known for being quite rich in fibre, which helps in suppressing appetite. The galactomannan fibre is soluble and helps in reducing appetite by increasing fullness level, emptying stomach and delaying the absorption of fat and carbohydrates.

In fact, according to this 2009 study, fenugreek proved to be quite fruitful in delaying the emptying of the stomach and absorption of fat as well as carbohydrates. This helps people in controlling their blood sugar level and appetite. Another great news about this herb is that it does not have any side-effects, even if taken more than required. You can have 2 grams to 5 grams of Fenugreek as whole seeds to treat your weight problem.

Green tea is magical enough to be called the healthiest beverage in the world. The reason behind the tag is that green tea is quite rich in antioxidants that help in boosting metabolism and thus, helps in weight loss. Green tea extracts are also known for containing epigallocatechin gallate, or EGCG and caffeine, both of which contribute in burning fat as well as calories.

According to this research, green extracts, even when blended with other beverages or ingredients, give the same result. However, it is important to keep your EGCG intake under 338 milligrams or less on a daily basis or it can cause more harm than benefit to your body. The best way to take it is in the form of green tea, which is easily available in the market.

According to a research published in European Journal of Clinical Nutrition, 1.5 ounces of almonds were added in the meals of 15 people on a daily basis. This resulted in all of them being less hungry and more energetic in future. This indirectly helped in the loss of unnecessary weight from their bodies. Almonds are known for their richness in antioxidants, magnesium, and Vitamin E.

Nuts are anyway known to be rich in omega 3-fatty acids, which are known for increasing in satiety and thus reducing hunger in the body. What you can do is have a few nuts before your meal, or better, add some to your meal and you will soon see a great difference in your appetite, for good.

Oats is another natural appetite suppressant that helps in the slow breakdown of carbohydrates while it increases the body’s ability to keep the stomach even with no or less food for hours. This results in high energy, less overeating, and a happy body.

Oats are completely made from grain and thus, are rich in fibre, which, as discussed above, are quite nutritious in nature and keeps the digestion slow but healthy. Here’s a little tip to optimize the consumption of oats- add cinnamon or ground flax seeds to your oatmeal and thank us later! The dosage of oats depends on your current appetite and there are no known side-effects of having oatmeal more than a bowl or two!

Ginger, another miraculous herb has many health benefits, one of them being stimulation of the digestive system. This means that ginger also contributes in regulating the appetite of people in a healthy way. This 2012 study supports the same, where people who consumed ginger at breakfast felt more full than those who didn’t. In the aforementioned study, 2 grams of dried ginger powder was used in hot water and drank as a tea by the people. However, ginger can be used in tea, cookies, soup, curries, and other cuisines to get it into your system. The great thing about ginger is that it also doesn’t come with any known side-effects, no matter the quantity.

Still, it is recommended to take it in a limited amount.

We all love our morning coffees, yes, we do! Well, then here is a natural appetite suppressant for you to have effortlessly. Caffeine, as most of us already know, helps in weight loss and healthy control of eating habits. Now, do you know that drinking a cup of coffee before a meal helps in emptying your stomach and reducing the enhanced feelings of hunger? Well, as per this research, it does.

As per certain anecdotes, a healthy dosage of coffee regularly helps you eat less as well. However, it is important to keep a track of your daily cup of coffee—anything more than 200 milligrams of caffeine might result in certain side-effects, such as restlessness, anxiety, disrupted sleep patterns, and increased heart beats.

It’s indeed good news for all you bakers out there! Cinnamon, the baking spice, is also considered as a natural appetite suppressant. It is also known to regulate blood sugar in people and satiety. It can also prevent sugar cravings, or so some anecdotes say.

In this study, it was observed that adding cinnamon in one’s meal often results in slowing down the emptying of stomach after meal. In this case, 6 gm of cinnamon was added to rice pudding and the results were aforementioned.

If you like your food hot and spicy, well, then this one will be easy for you to consume and reduce weight. Studies have shown that spices, such as cayenne, turmeric, chili pepper, black pepper, and others of their kind have the power to help you reduce weight and keep your appetite in check. These spices also help in regulating metabolism, suppressing the cravings, and normalizing glucose level. With these many benefits, no wonder these spices are commonly used in regular food in many households.

This good-looking vegetable is known for being rich in monounsaturated fats that give the feeling of being stomach-full to people. Monounsaturated fats trigger the small intestine to produce a compound called oleoylethanolamide, which regulates hunger by sending signals to the brain which tricks the body into believing that the stomach is full. The same has been concluded by this research, done at the University of California. They can be used in all kinds of meals as well, including sandwiches, dips, salads, smoothies, and soups.

5-hydroxytryptophan, popularly known as 5-HTP, is an amino acid in your body and is best known as the harbinger of the happy chemical, serotonin, in the body. This brings us to this research, where it was concluded that boosting serotonin levels can lead to suppressing appetite.

Another study done in 1998, concluded that those who took about 750 mg of 5-HTP, had less carbohydrate and fat which resulted in weight loss compared to those who didn’t take any.

5-HTP can be taken as a form of supplement to lose weight by regulating the metabolism and boost the digestion process.

There are many other natural appetite suppressants to help you keep your weight in check and your appetite in balance. However, there is no denying the fact that results won’t be as good as taking Appetite Suppressants. Still for those with a preference for natural products, the above are easily available in our kitchen, house, or in the market. Also, it is recommended to consume these suppressants, along with a balanced diet, exercise, and meditation, to get the best results. Rest assured, you will soon see positive changes in your body and even feel good about yourself more than ever.