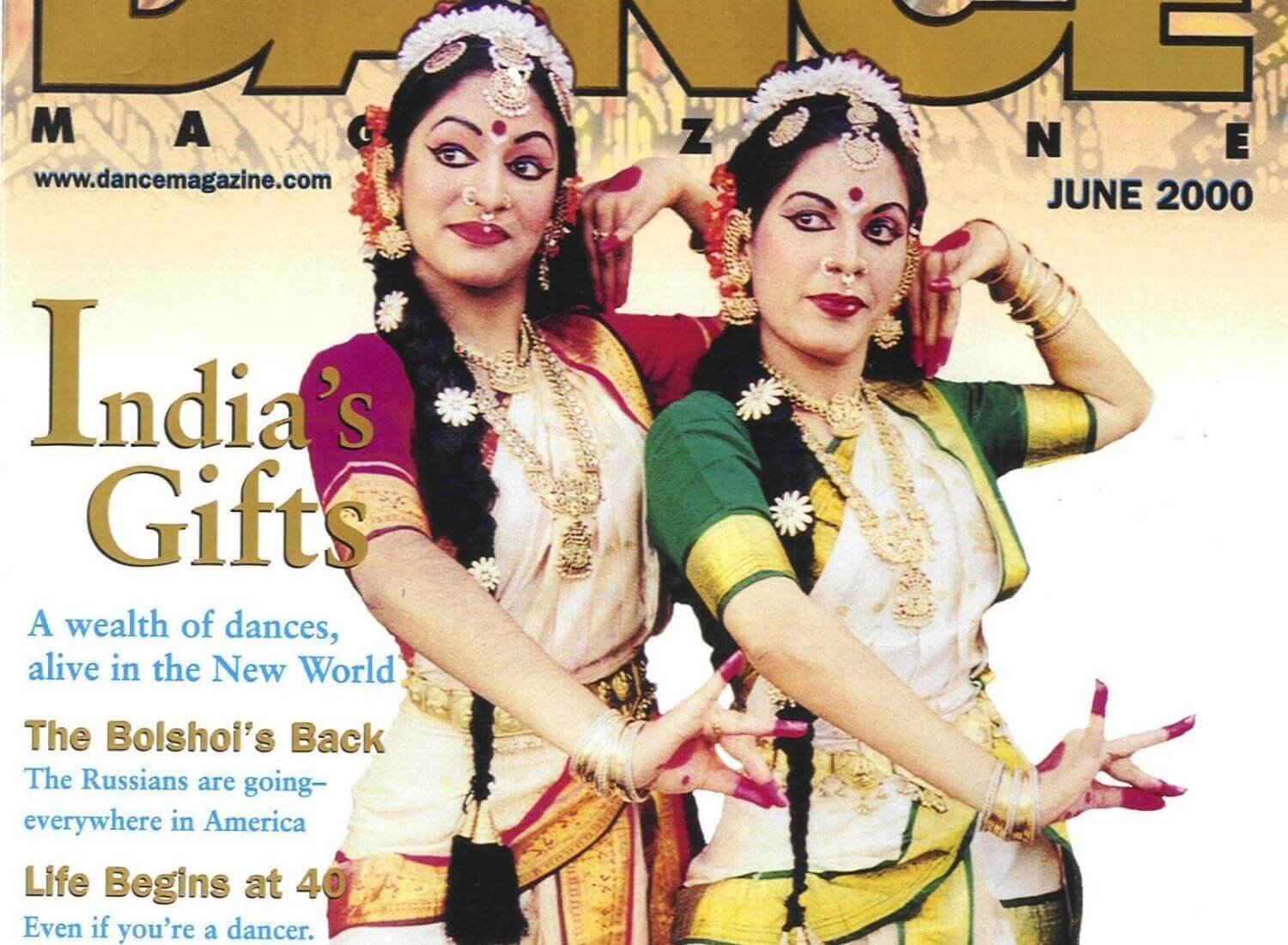 Dance is an art form that people all over the world follow passionately. It is usually taken up as a hobby a lot of people do take it up as career but this story about two girls reaching the heights of fame with their art of dance is interesting and inspiring. So let us know about these two Indian classical dancers.

Table of Contents show
Two Indian Classical Dancers. Two Child Prodigies. One Inspirational Journey
She also got featured on the cover of the June 2000 issue of Dance Magazine with her daughter Shweta Bharadvaj. And they are the first Indians in 45 years to have received such an honor.

When Ramaa Bharadvaj, a notable classical dancer, renowned for her mastery over Indian classical dance forms such as Bharatnatyam and Kuchipudi, was asked for the wisest piece of advice she could give to newbie dancers, she humbly replied:

“My friend Nala Najan once told me: “Don’t let anyone quote the Natya Sastra to you or tell you how you should dance or what you should dance about. It is you the dancer who creates the dance. The Gods might have inspired it, but you are the living tradition. Without the human body, there would be no dance, no Sastra. You are the Natya Sastra. You are Siva. Remember that always.“

Ramaa Bharadvaj was born into a lower-middle-class Brahman family in Madras (Chennai), India. She was the daughter of an accountant and a homemaker. Her uncle, a renowned Sanskrit scholar, introduced Ramaa to a leading Bharatanatyam teacher when she was 3 years old. And a year later than that, she began her training for the dance.

She performed her Arangetram at the age of 6. In Tamil ‘Arangam‘ means the stage and ‘etram‘ means to rise or climb. Thus, Arangetram means to perform on stage. This is like a graduation ceremony in School if Indian classical dance forms. Where when a student has learnt a major part particularly then is asked to perform and present her art on stage. It embarks a point where a teacher assumes that the student is capable enough to use the knowledge taught to him and can now go out in the world practicing it.

And two years later, Ramaa received a state scholarship to tour South India–she was the youngest recipient of the award to date and still remains till now…

For nine years, she studied Kuchipudi with Kamala, a legendary dancer, and a teacher. She had established her mastery over the dance form by the time she was 19 years old.

She is the recipient of numerous grants from the California Arts Council and is currently on the dance faculty at Orange Coast College in Costa Mesa, CA.  In 2002, Ramaa Bharadvaj became the recipient of the prestigious Lester Horton Dance Awards.

She also got featured on the cover of the June 2000 issue of Dance Magazine with her daughter Shweta Bharadvaj. And they are the first Indians in 45 years to have received such an honor.

Shweta Bharadvaj is herself an exemplary artist. She gave her first performance at the age of 4 and performed Arangetram at the age of 7! This Mother-Daughter duo are exemplary Indian classical dancers who often perform together on various dance platforms across the globe.

Visually enriching and thought-provoking, their performances tend to stay with the audience forever. ‘JWALA-Flame’, one of the performances was relayed nationally on the PBS. Apart from beautifully symbolizing how the second generation Indians growing up in the United States cope with their cross-cultural identities, it also showcased how they are carrying on their tradition in a foreign land.

Such women, are truly an inspiration, not only because of the reverence they have showed to their passion, but also due to their innate ability to follow it. Two Indian classical dancers, two child prodigies, two dance forms, and one passion:  India salutes these two beautiful gifted women. And pledges to honor them and they dance forms.

Here is the link of their ‘JWALA- Flame’ performance that became famous worldwide.

Strawberry!This delicious winter fruit is good for everyone and even great for those with diabetes. Strawberries are sodium free and rich in potassium...
Read more

First of all, I would like to discuss the disadvantages of lack of sleep.Have you ever thought about it-- I'm telling you - NOPE!It's...
Read more

Although house flipping has proven to be a highly profitable venture for countless investors, it’s pure folly to assume that every flip will be...
Read more
Previous articleThe Man Who Inspired Arthur Conan Doyle To Create Sherlock Holmes!
Next articleThis Is Why Freedom Park Is A Place Every Indian Should Know About!