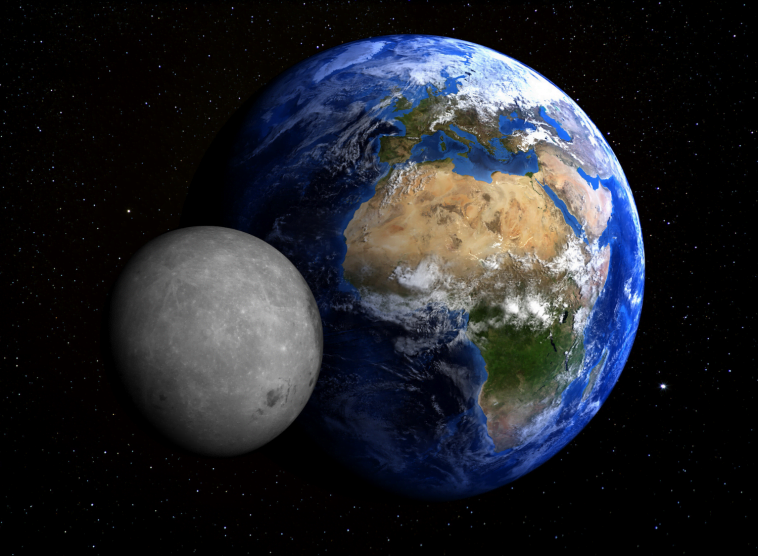 Okay! you read that correct! The Moon is running away from the Earth, I guess its because of all the “Moon-children” creeping him away, or because it is just jealous that the Earth is so colorful and he isn’t, maybe they are fighting over a star or maybe the Moon is cheating on Earth OR it can have a scientific explanation! So, I think let’s get our specs, notepads and all the journals to investigate this very serious issue and dive deep into our lovely solar system!

Table of Contents show
1 Let’s start with the Moon’s birthday!
2 Why is Goddess Selene going away from Goddess Gaia?
3 Okay, all that is fine. But what if the Moon actually leaves its orbit?

Let’s start with the Moon’s birthday!

Once upon a time, 4.5 billion years ago, in the space, it was a beautiful day! The air was pink! The planets were dancing on spiral music, and that’s when they bumped into each other, their eyes met and that very second they decided to collide! Basically, an unnamed astronomical body which was almost Mars’s size which is also called Goddess Theia (Mother to the Goddess of Moon) as per the Greek mythology and Earth as everyone knows is Goddess Gaia, they both collided into each other and BAAM! Goddess Selene was born! I mean the Moon, the Moon came into the existence after the collision of the Earth and the unnamed Mars-size asteroid!

Why is Goddess Selene going away from Goddess Gaia?

It’s because of the Centrifugal Force! Now. “What is the centrifugal force?” you ask? Well, let me explain, when you tie a rock to a string and rotate it forcefully in your hand, you’ll experience a force that the stone is being pulled in the center, Hence, the force which acts towards the center is called the Centripetal Force, but when your hand starts to experience the force that pulls the stone away from the center, that force which acts away from the center is called Centrifugal Force.

Like when a cyclist rides his/her bicycle in a bent path or a curved path they go through Centripetal Force because of which they bend inwards as they get pulled in center, But when a bus is being driven through the circular pathway and takes a curved turn the passengers experience a powerful drift and then they lean away from the center. THAT is the Centrifugal Force. It is said that on average, Goddess Selene’s orbit is currently growing about 3.8 cm per year, just like your fingernails.

Okay, all that is fine. But what if the Moon actually leaves its orbit?

Well, it’ll take more than 5 billion years for Goddess Selene to escape from her mom Goddess Gaia. All thanks to the Principle of Angular Momentum, that it may or may not even happen. This principle describes an object’s tendency to stay rotating once it has started, it can be one or many objects as well, this principle applies to all. Angular Momentum is based on two things:-

When the momentum is conserved that means if the object(s) starts rotating it has to stay constant and the object(s) has to keep on rotating, the speed being dependent on mass. The more the mass the slower the speed, the moon’s rotation affects the oceans and thus we have high tides and low tides distributing the Earth’s masses and to match the moon’s orbit. It is in this way Goddess Gaia will slow her rotation and the length of one day would be the same as 6 weeks.

And as a result, only one side of the Earth would be facing the moon. They both could get tidally locked but as I said before, it’ll take more than 5 billion years for that to happen and before Goddess Selene runs away, God Helios (The Sun) will become a red giant to only to one day go supernova. And that’ll be it.

Sun’s explosion is called a supernova. Supernova is a massive explosion that will destroy everything in its vicinity. The explosion of the Sun leads to the creation of either a dwarf star or a black hole.

But since we have already discovered a black hole I guess we’ll have to be sucked into that one! or maybe we’ll live in the black hole safely untouched? maybe we are now in a black hole! let me know your theory on this one!

Read also: Greg’s Grandpa’s House And the Blind Stalker in the Woods