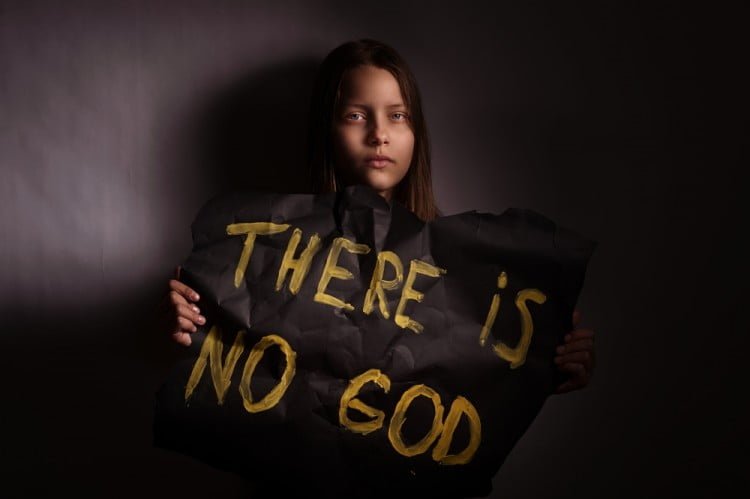 By atheist, the only thing that comes to our minds is someone who does not believe in the existence of God. No matter what their logic is, or what their reasons are, they do not happen to believe in any story related to God. If we go to the exact definition of the word Atheist, it says, “a person who disbelieves or lack belief in the existence of God”. So, atheism is all about belief.

Read Also: Here’s The Truth About Curses And Boons

But, there comes another term ‘Agnostic’. An Agnostic person is the one, who does not have any knowledge about the existence of God. They do not believe in God, just because they have no awareness of the subject. It is a straightforward concept, but people often confuse it with atheism. The people who are not familiar with the term agnosticism consider themselves as atheists. As atheism is all about belief, agnosticism is all about knowledge. And belief and knowledge are two very different things. They can be relatable but are entirely two different perspectives.

An Agnostic Atheist is a person who is a combination of both an atheist and an agnostic. They neither believe in any God nor do they claim to know anything related to God. Not knowing something may be an apparent reason for not believing it, but it is always good to collect enough evidence that serves as a piece of knowledge.

Another term is Agnostic Theist. It is a person who does not claim to know anything about God but does believe in them. Agnosticism is often mistaken as a ‘middle way’ between theism and atheism, but it is a different phenomenon with its own followers.

Read Also: The Real Truth Behind The Devdasi Practice In India- Servant Of God, Whore Of The Entire Town

The human immune system is a defense system that includes various organs to fight diseases and helps one to stay healthy. Although building good immunity is...
Read more

Wedding gowns are white, and just 'eccentric' ladies wear other shades. Which is a senseless social tradition to maintain so entirely, truly? Since wedding...
Read more

Sex chat with strangers can be an exciting and interesting experience. It's a great way to explore your fantasies, broaden your knowledge, and learn...
Read more
Previous article
Do You Know Why People Have Different Colored Hair?
Next article
Know About The Man Who Survived Two Nuclear Bomb Attacks