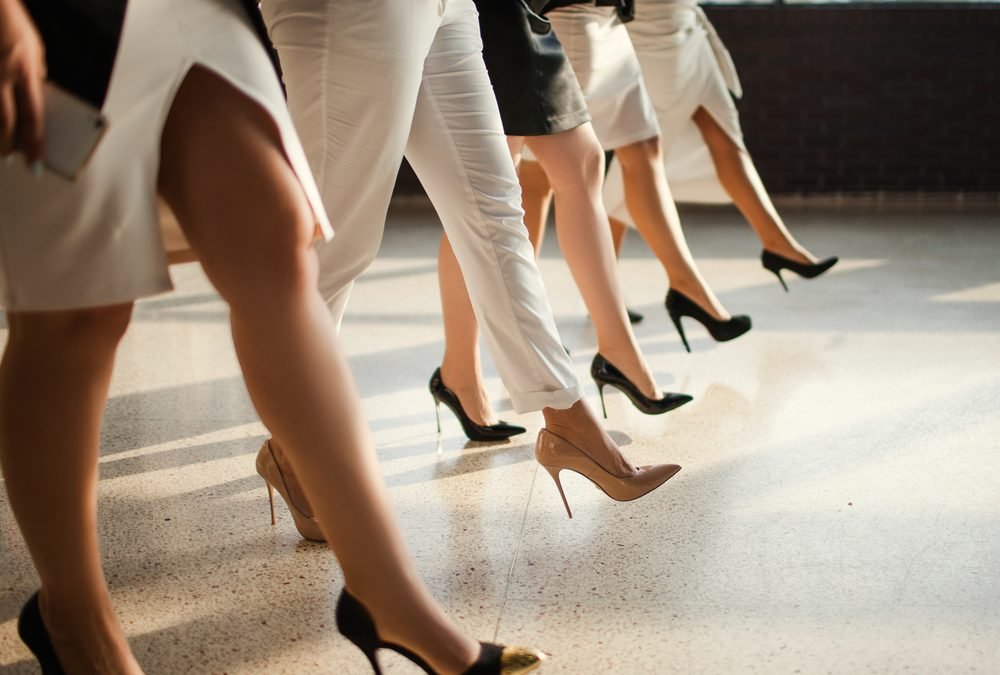 We know at least one woman in our friend group who is crazy about footwear and owns 100 pairs of heels. But does she know about the origin of them?

High heels are the kind of shoes in which the heel as compared to the toe is higher off the ground. They make the wearer look tall. We’ve seen heels in many different styles and types and are found all over the world. They have very different and significant historical meanings attached to them and have been shaped by historical contexts over centuries.

High heels date as far back as the 10th century. The first example of high heels can be witnessed in the boots worn by The Persian Cavalry which ensured their feet stayed in the stirrups. Further research also indicated that arrow-shooting riders, who stood on galloping horses, wore heels too. This also inspired the popular 21st-century cowboy boot. The wearer was also identified with wealth, for owning horses was expensive and time-consuming at the time. This is one of the practical and effective uses of the high heel.
During the medieval period, men and women wore platform shoes to avoid trash and waste-filled streets.

In the 1600s, men wore high heels to imply their upper-caste status and only the elites could afford it both in terms of finances and practicality. As the shoes gained popularity, the elites ordered for higher heels to impart them from other members of the society, mainly the lower classes.
The length of the heels was even regulated according to social rank, as described in Klaus Carl’s book Shoes. When the style caught on with women as well, the width of the heels was changed to distinguish them from the men’s and as an attempt, men wore thicker heels and women wore skinny ones.
However, with the Enlightenment Era, men gradually stopped wearing heels and the idea of femininity got attached to heels and became much more exclusive to women.
After this, changes in the heels were mostly for visual appeal.  For example, in the 1730’s and ‘40s a buckle fastening became very widespread. In the 1750s and 1760s, higher and skinnier heels were introduced and the trend continued until the 1790s.

Heels lost their prominence in the early 1800s but returned with the introduction of the Pinet Heel and Cromwell heel in the 1860s. With the invention of the sewing machine, the production of the heels also increased. Thereby, exemplifying the interaction between technology and culture.

After the destruction that followed the two world wars, people started rationing resources and the soles of the high heels were made with materials like wood or corks. During this period, an increase in International Relations helped to proliferate the concept of high heels across nations.
Subsequently, heels and women’s sexuality started to be linked and sparked a lot of feminists’ interest and angst.

In today’s times, the high heels can be almost entirely seen as a part of formal wear for women and have lost all association to men. They are perceived as the norm for women in a professional setting.

But with growing awareness about toxic masculinity and the fight to transcend socially constructed gender divides, we are once again seeing heels being flaunted by men as well and not just remaining a female domain.

Bhavya Malhotra is 19 years old currently pursuing Psychology. Writing is her passion and the epitome of her serenity. Making people happy makes her happy. Psychological principles intrigue her and are something she tries to incorporate in her musings.