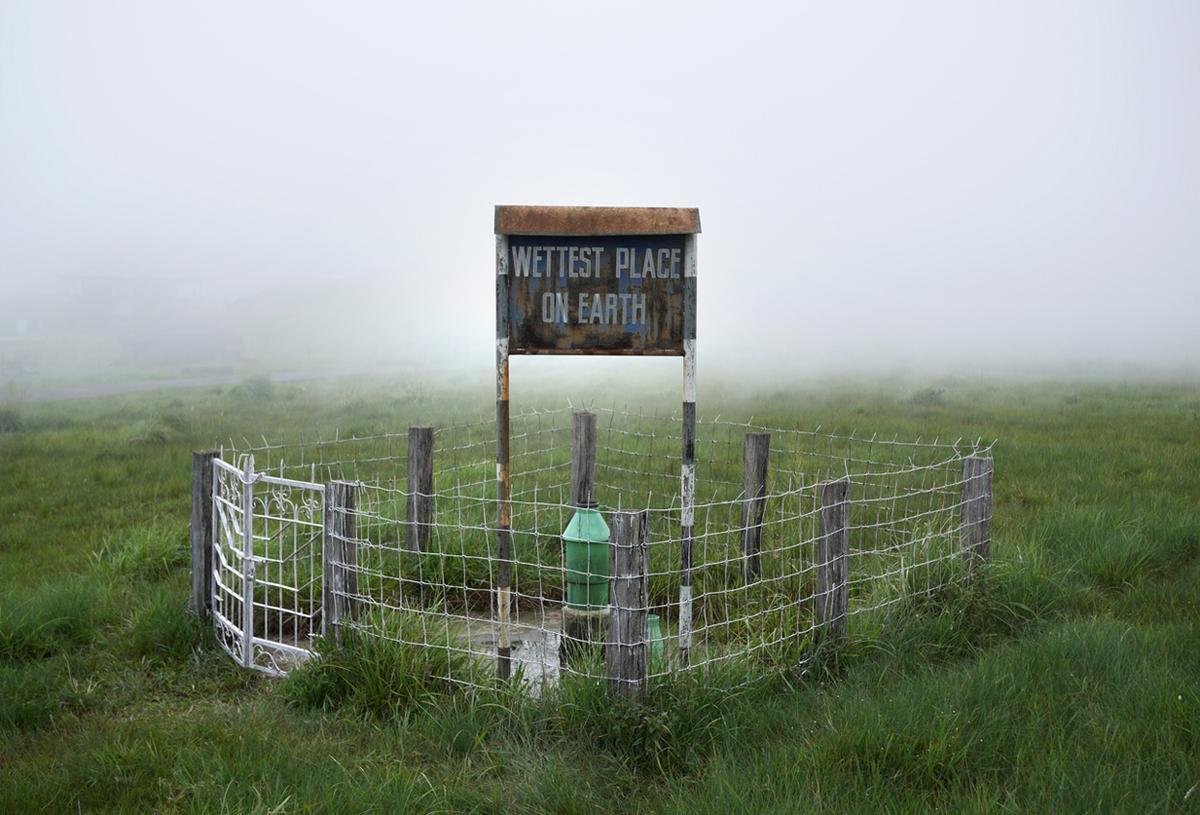 “A single gentle rain makes the grass many shades greener.”

As the saying goes, a little rain makes everything more soothing and beautiful. Do you feel it would be lovely even if it rains heavily? If it rains so hard that you need something to cover your ears as the deafening sound of the rain is unbearable? No, we don’t but our country India has such place which is the inhabited wettest place in the world.

Meghalaya, also known as the “ABODE OF THE CLOUDS” which means home of clouds and one of the seven sister states in India. As the title says, it receives heavy rainfall. There is a place here which actually gets the highest rainfall in the world.

Mawsynram is the village which has subtropical highland climate and receives annually 11872 mm of rain. According to Guinness books of world records, this place received 26000 mm of rainfall in 1985. It has long monsoonal seasons and a short dry climate which is usually from November to February when the rainfall is just 30mm.

Read also: Have You Ever Seen A Moonbow Aka Rainbow?

During monsoon, the gathering of the clouds in the Bay of Bengal and because the place is 14000 m above the sea level, and it leads to high precipitation.

The rainy season which is from may to July makes the life more difficult. People start preparing for this season long before. They buy lots of food and store them properly. They cover their homes with a thick layer of grass so that the sound of the rain in rainy season does not deafen them. They then make “knups” which is made from bamboo or hemp. It is like an umbrella that is worn on the head, and it covers up to the knees. During the rainy season, when these are in demand, they even sell it in their marketplaces along with bamboo cups and baskets.

The land, rain and the grass make the place a perfect scenario. This place is even famous for megaliths which mean a structure either made from a single large rock or by many rocks.

Read also: Deciphering The Enigma Of The Blood Rain In Kerala

Another interesting thing about this site is that it has living bridges. Our roads may not survive the rain there. Thus the roots of the trees like bamboo are made as a bridge and are used for passing. They are way stronger than our roads, and the oldest bridge is there are about 500 years.

These bridges help to cross the turbulent rivers. The roots are tied or knotted in such a way that it grows over the place and with time becomes strong. Though it takes a bit longer duration to build such a unique bridge, it is worth constructing it.

Some of the places for sightseeing there are Mawsmai falls, Mawsmai caves, Nohalikalai Falls, Cherrapunjee, and Mawlyngbna.

“So whenever you feel, annoyed by the rain just remember this place and feel happy by enjoying the rain at your place.”

From decorating homes with indoor plants to basket walls, monochrome to classic blue, introduced a new wave of trends, instead of grabbing on popular...
Read more

Does The Mystery Behind Mona Lisa’s Painting Lie In Her Smile?

Think Paris, and two thoughts pop into your mind- The Eiffel Tower and the Mona Lisa. The Painting of Mona Lisa has been displayed in...
Read more

People enjoy indulging in coffee beans, and not like you’re probably thinking. It might be a little-known fact, but some individuals have a fondness...
Read more

A mommy makeover is a popular cosmetic surgery procedure that many women choose after pregnancy and childbirth to restore their pre-pregnancy body shape. The...
Read more
Previous article
What Makes The Filter Coffee (Kaapi) So Special?
Next article
Shadow Queens – Women Who Ruled The World

How To Diagnose The Efficiency Of Your Radiator

The Role Of Nutrition In Addiction Recovery