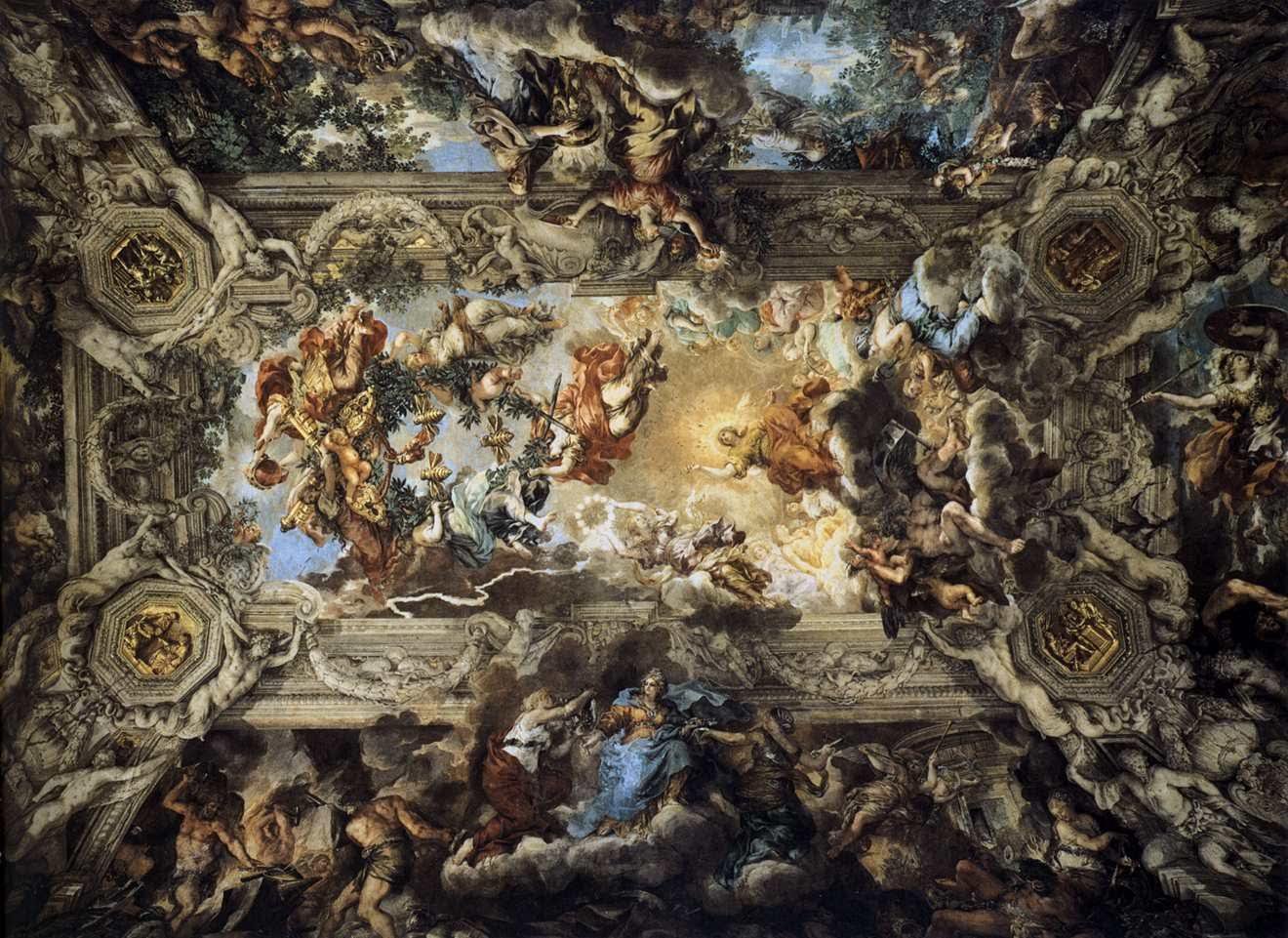 Greek Mythology – the vast collection of the most scandalously delightful and tragic legends and stories that humankind ever imagined. Over thousands of years, Greek mythology has collected everything, from the sweeping tales of adventures, wars, and the Olympians, to everyday stories about ordinary people. While many of these stories, like most myths, were aimed at explaining natural phenomena, some stories have most fantastical and romantic elements. Since the dawn of the Roman Empire, Greek mythology has been a major influence on culture and art all across the world. Even today, it continues to inspire books, movies, discussions, and tourism.

While you may be well aware of some popular Greek myths like the story Daedalus and Icarus, the Trojan War and the legends of Heracles, some more unique stories are often overlooked. Here are some such lesser-known stories from Greek mythology

Table of Contents show
Arachne And The Wrath of Athena
Pandora And The World’s Evils
Read also: Keep up with hard cash – History of the great rupee!
The Tragedies of Narcissus and Echo
Oedipus And the Inevitability of Fate

Arachne And The Wrath of Athena

If you hate spiders, you likely have goddess Athena to blame. Arachne was a weaver of great skills, so much so that she was considered to have been blessed by Athena herself. Arachne however, dismissed this compliment, stating that her weaving was better than the goddess herself. Athena, the patron of wisdom, diplomacy, battle strategy and yes, crafts, did not take this insult lightly. Disguising herself as an old woman, she asked that Arachne beg for forgiveness from Athena. She refused, instead of calling on the heavens, goading Athena to compete with her. Removing her disguise, Athena accepted the challenge and both got weaving. Athena’s weaving showed the times the gods had punished the mortals for claiming equality with them.

But Arachne wove something more terrible. She showed the gods’ misuse of power, particularly how Athena’s father Zeus seduced mortal women. The goddess realized that she was defeated, not only in content but also in quality- Arachne’s weaving was truly exceptional. In a rage, she tore down the weaving and hit Arachne. Arachne in turn hanged herself to death. Athena, still finding Arachne’s hubris unforgivable, laid down a curse even as she gave her back her life- Arachne and all her descendants would become spiders, forever hanging from the webs that they created.

Pandora And The World’s Evils

Prometheus, a Titan (the generation of divine deities preceding the gods), enraged Zeus when he stole fire from Olympus and gave it to humans. He punished Prometheus by chaining him to a rock to have an eagle peck his liver, every day.  But the All-father was not done yet. He decided that even the humans needed some smiting to teach them a lesson. So he ordered his children Hephaestus and Athena to create Pandora, the first human woman. Each god then gave her irresistible but corrupting powers, and she was cast down to Earth as a wife for Epimetheus, Prometheus’ brother. Along with her came a jar or pithos (often misrepresented as a box) and the express order to never open it.

But Pandora was designed by the gods to be curious. She simply could not resist and opened the jar to take a peak. Out came flowing all the world’s evils, and by the time Pandora closed the jar, only Eplis, the spirit of hope, remained inside. Zeus had his revenge by unleashing death and suffering on the world. It is hard to miss the sexist slant in the story- despite it being Zeus’ plan, Pandora often took the burnt. But the Greek myths are not known to be very morally correct anyway. This is one of the most popular stories of Greek mythology containing elements of theodicy, as it tries to explain why it is evil in the world.

Read also: Keep up with hard cash – History of the great rupee!

The Tragedies of Narcissus and Echo

You may know about the word narcissism and the concept of an echo. But did you know that the root of these words lies in Greek mythology?

Narcissus was a hunter, the son of a sea god and a nymph. His beauty was beyond description- and he knew it. Narcissus was acutely aware of his own stunning looks. He was so proud of it that he treated everyone who admired or loved him with disdain. Nemesis, the goddess of retribution, found this man’s self-obsession to be unbearable. She guided him to a pool, where Narcissus saw his own image and promptly fell in love with it. Losing his will to live, he kept staring at his reflection till he died. And thus comes the origin of the word narcissism, which means a fixation with one’s physical appearance and public perception.

Echo was a mountain nymph employed by Zeus to distract Hera with long conversation so that she did not catch him having affairs. When Hera discovered this, she cursed Echo so that instead of rambling on, all she could speak were the last few words repeated to her. A while later, she came across Narcissus and fell deeply in love with him. But the proud man spurned her advances. Heartbroken, Echo nevertheless continued to love Narcissus. When he eventually died staring at his own reflection, she mourned over his body. Over time, Echo’s physical body faded away. All that remained was her voice, still faithfully repeating whatever was said to her.

Oedipus And the Inevitability of Fate

Sigmund Freud’s Oedipus Complex remains one of the most controversial theories across any academic field. Freud believed that sons go through the period of intense love and sexual longing for their mothers and fear for their fathers during the age of four to six. While the theory was of his own devising, he borrowed the name from a tragic hero of Greek Mythology. This story is also the origin of the famous Sphinx riddle “What goes on four feet in the morning, two feet at noon and three feet in the evening?” Be warned, and the next bit may make you queasy.

A prophecy foretold that the son of the King and Queen Thebes would grow up to kill his father and marry his mother, thus bringing ruin to the city and its people. To prevent this, the king left the baby to die on a mountain. Found by shepherds, the baby was given to the royal couple of Cornith. When he grew up, Oedipus learned about the prophecy.  Thinking his adopted parents to be his birth parents, left them. Making his way to Thebes, he quarreled with an old man on the road and killed him. When he reached his destination, he found it to be under the terror of the Sphinx. He managed to answer his riddle correctly and received the widowed queen’s hand in return. They had four children together.

Of course, the old man he had murdered was his father. A plague descended on the city to avenge the former King’s unfair death, and Oedipus found out that he was the killer whose folly was punishing the city. The Queen, upon realizing that she had married her own son, the murderer of her husband, hanged herself. Taking two pins from her eyes, Oedipus blinded himself in punishment. As grotesque as the tale is, is has been retold time and again with variations across the classical timeline. It is one of the grimmest reminders of the firm belief that the ancient Greeks had about fate.

Stories from Greek mythology are very diverse. Some seek to explain natural phenomena, some detail how the world became what it is now, some attempt to give lessons and warnings, and others seem to be merely entertaining stories. These myths are more than just old stories- they are a testament to a culture, to humanity’s imagination, and perhaps, just maybe, remnants of real stories preserved in popular memory.

Bamboo Products as a replacement for Plastic Products in our lives

Our community is so used to utilizing plastic products now that it’s part of our regular life. It’s cheap, convenient, easily available and light....
Read more

The 7 Most Odd Jobs You Never Heard Of Before!

Most of us have had dreams of having the coolest or the best paying jobs in our future, but as wise people have said,...
Read more

Planning a wedding is an exciting time. You’ve probably been excitedly chatting about an abundance of ideas you’ve both has since the engagement, and...
Read more
Previous article
Unbelievable!! How Much Salary Emperor Akbar Offered To His Officers?
Next article
Here Are The Traits Of A Good Boss And A Bad Boss

Simple Tips To Make Your Home Healthy And Safe