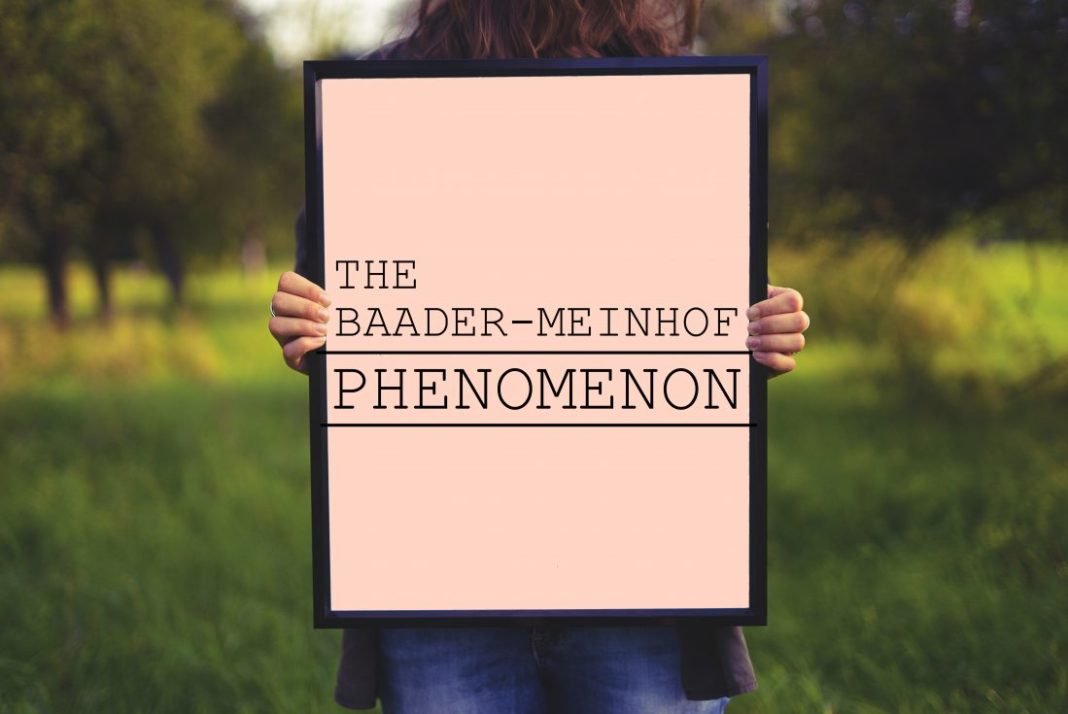 Table of Contents show
Baader-Meinhof Phenomenon
There is a name for that feeling!
But the real question is: Why is the Baader- Meinhof phenomenon a universal one?
The Origin of the Phenomenon:

There is a name for that feeling!

One really cannot count on their fingers the number of times when they heard a piece of information and then reheard it from someone else. When this happens to you the next time, don’t act surprised. Just smile and say, “Oh, it’s the Baader- Meinhof phenomenon!”

But the real question is: Why is the Baader- Meinhof phenomenon a universal one?

In fact, the synchronicity of events shouldn’t be a novel concept in a highly globalized world, where everything is connected to something else. But science is more complex than globalization. And our minds are more intriguing than we can ever imagine.

When one hears about something that has already been mentioned to him/her, the brain instantly notices the ‘coincidence’, because two events make up for an interesting pattern.

However, what our brain doesn’t promote are all the words, ideas, and concepts that often go unnoticed. Selective attention is at work here. When we hear about something interesting, we tend to remember it for a longer time. And our brain notices that interesting information more quickly when it is mentioned again.

The Origin of the Phenomenon:

It is said that the person who named it had heard about the existence of the infamous German guerrilla group of the same name.

He heard it twice more through people around him, and thus, named the phenomenon ‘Baader- Meinhof’.

Another story suggests that the phenomenon gets its name from a discussion thread in 1995, called the ‘St. Paul Pioneer Press’.

While discussing the sensation and trying to give it a name, someone coined it ‘Baader-Meinhof Phenomenon’.  Again, because that person himself heard about the moniker more than twice from somewhere!

No matter what origin and science lie behind the Baader-Meinhof phenomenon, let us all thank those two anonymous men. Because of them, we now have a name for that feeling we all experience at least once in our lives!

We Indians, being so kind and large-hearted welcomes all that comes to our country. Let that be people from foreign countries or brands or...
Read more

Momofuku Ando Is The Man Behind The Invention Of Ramen Noodles!

I am sure I speak for every fast food fan here when I say that without Ramen Noodles, our lives wouldn’t be the same!...
Read more

Mukbang and ASMR eating has been the ongoing trend of this "new generation," which is usually on the phone screen, scrolling through social media...
Read more
Previous article
Did William Shakespeare Really Write His Own Plays?
Next article
Was Jack And Jill Rhyme Based On The Events Of The French Revolution?

What Are The Various Benefits Of Silver?

5 Weird Facts About Grease The Movie