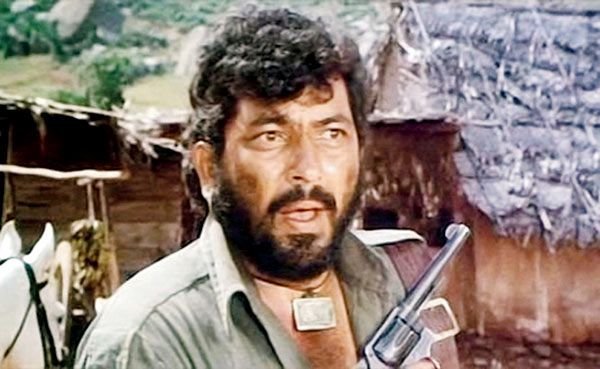 Origins of the Dark, Dreary, and Dangerous Gabbar Singh!

15th August 1975- the day that took India by storm. Ramesh Sippy released ‘Sholay’, a movie that would become a cult classic for all times! Dharmendra’s famous lines, Basanti’s chemistry with her horse- Dhanno, Samba, and Kalia… who can forget these golden times?

But there is one character that emerges from your subconscious every time the word ‘villian’ is uttered. He is none other than the dreary dacoit, Gabbar Singh!

The 1950s Madhya Pradesh has indeed witnessed the terror of a dacoit named Gabbar Singh, who went by the alias Gabra. Salim Khan’s father was a part of the Madhya Pradesh Police. And this is how the scriptwriter gave India the much-dreaded villain of all times.

Born in 1926 in Bhind, Madhya Pradesh, the real Gabbar joined Kalyan Singh Gujjar’s gang. He went on to form his own gang in 1955. KF Rustamji, the then IG of Madhya Pradesh had mentioned  Gabbar’s existence and activities in his dairy. The notorious Gabbar Singh had set out on a mission to chop of 116 noses. All because his ‘tantrik’ advised him that doing so would keep him safe from the police! No wonder he was the epitome of terror in the State!

The grenades thrown by the police during the encounter severely injured Gabbar Singh. A day before Nehru’s birthday, KF Rustamji presented the news of Gabbar Singh’s death to him as a gift from his side!

The real-life Gabbar undoubtedly had the upper hand in the game of terror in comparison to Sholay’s classic villain. What do you think?

Ever wondered if people are sexually attracted to things that are beyond our imagination? Isn't it strange? Indeed it is. But these actually exist...
Read more

The human race exists for an experience in living. Those encounters are the days and long nights or that chaos which passes our lives...
Read more

Mukbang and ASMR eating has been the ongoing trend of this "new generation," which is usually on the phone screen, scrolling through social media...
Read more
Previous article
Indian Wedding Traditions: Here Are The Origin, History And Current Trends Of A Big Fat Indian Wedding!
Next article
Did William Shakespeare Really Write His Own Plays?

Know More About the Drink of Summer: Lemon Juice