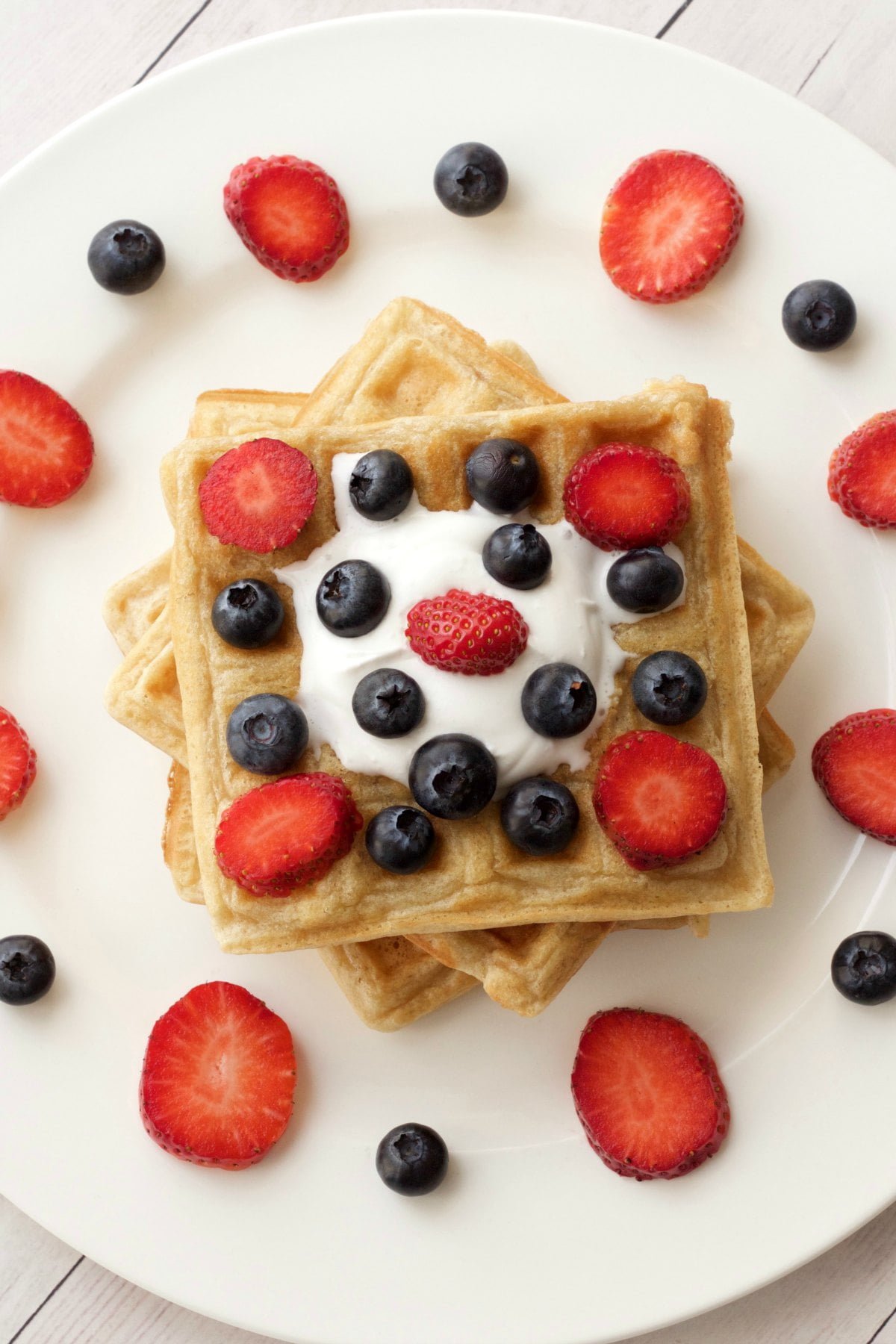 Did you ever wonder about the origin of waffles, the world famous comfort food, and the American staple breakfast? As a matter of fact, waffles have a very interesting history, they stem from the Western culinary tradition. The initial waffles were called obelios and they originated in Greece.

These were flat cakes, made mainly of grain flour and water, were roasted between two metal plates attached to a long wooden handle. The designs of these cakes evolved over a period of time as customizations began. In Medieval Europe, the Church introduced the communion wafer which depicted imagery of Jesus and his crucifixion, Biblical scenes which further evolved into family crests and landscapes after the Church gave artisans the permission to make their own obelios. During Renaissance, these wafers were given a religious connotation and were served after meals as a symbolic final blessing. They were also sold by street vendors outside churches on saints’ day.

In the 11th Century, Crusades brought new culinary ingredients to Western Europe, like ginger and cinnamon. Cream, honey, and butter also began to be added to the mix. Gradually, the iron plates became deeper and the wafer became the wafel. Around the 15th century, the circular plates were replaced by rectangular ones by the Dutch wafelers, forging them into grid pattern like our present day waffles. The second ‘f’ in the word wafel was added by the English in the 18th century.

The coffee waffle became extremely popular in Germany. While in France gaufriers were made using cloves, Spanish wine and lemon zest; in Belgium, the first Leige waffle came into being when Prince of Leige’s chef made a thick waffle coated with caramelized sugar. The Americans introduced a new ingredient to the food industry, the maple syrup which was a popular liquid sweetener that was cheaper and more widely available than granulated sugar. Like I mentioned in the introductory paragraph, waffles paired with maple syrup are a staple American breakfast today.

Cornelius Swartwout of Troy, New York patented the first stovetop waffle iron in 1869. It was made of cast iron and had a hinged top & handle which was made to cook waffles quickly without burning one’s hands. Another splendid culinary introduction came in the form of the first commercial pancake and waffle mix called Aunt Jemima (after a popular minstrel show character). Soon after, 1918 saw the introduction of General Electric’s electric waffle iron.

Today, waffles are made with different ingredients and toppings and are cherished worldwide. The possibilities of customizing it according to one’s wishes are endless making it a highly versatile food item.

Read also – Did You Know That Mustard Can Last Indefinitely?

WHO ARE SNAILS?Snails are the earliest known animals in the world. They are gastropods with a spiral shell which is loaded on the back....
Read more

We all love dining at fancy places and exquisite bars, we love eating fancy food, but what if our body someday decides not to...
Read more

Four Luxurious Resorts Of Antigua That Will Blow Your Mind

Whether you are searching for a romantic place to propose, planning your dream wedding ceremony. Either longing to recreate ZNMD with your homies or...
Read more

For many horse racing fans, the only time that we are likely to watch the equine stars in action throughout their career is when...
Read more
Previous articleAre Vampires Real? Read Some Really Interesting Myths.
Next articleFoodies Order These Foods The Most Online