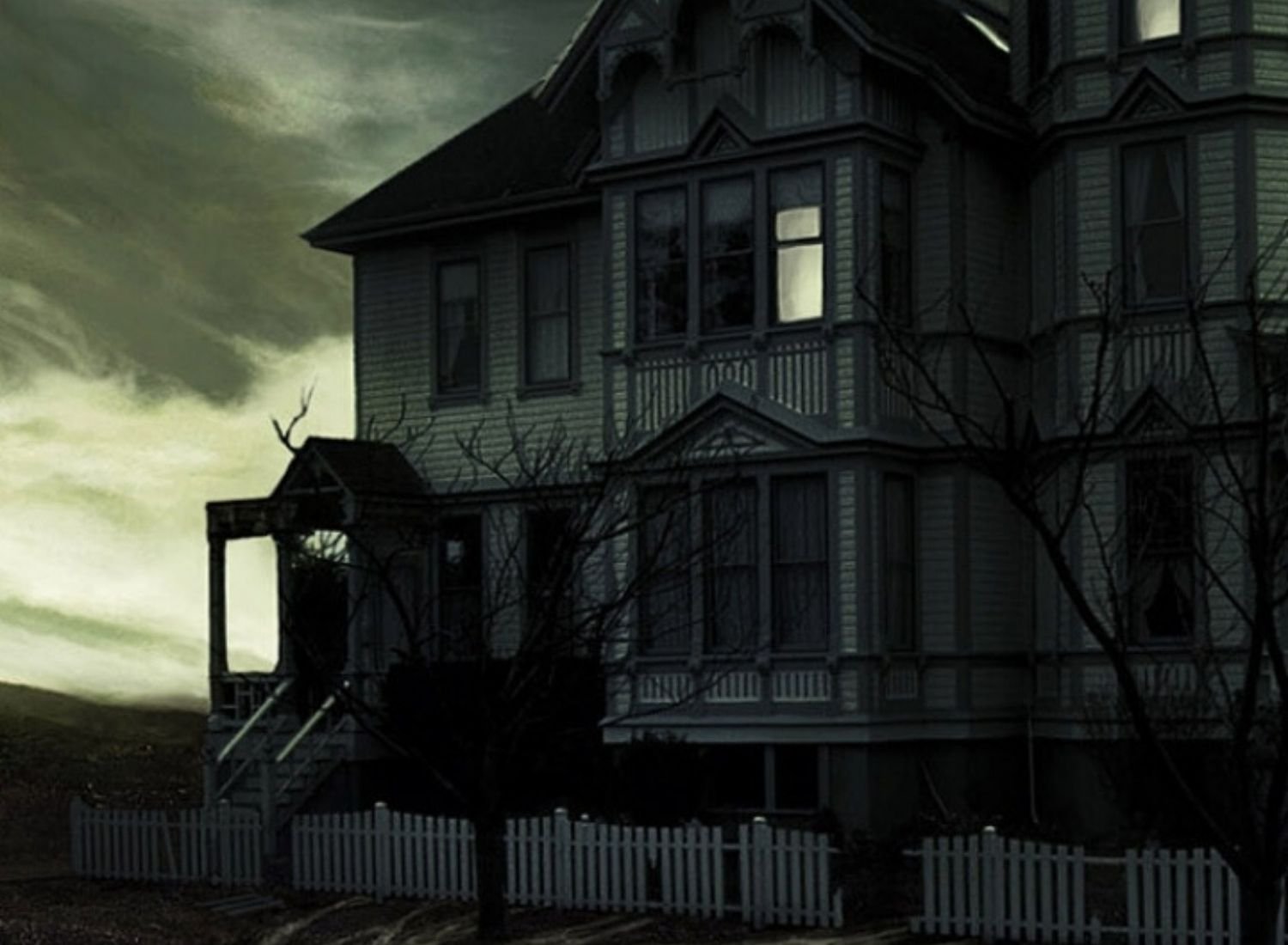 Are you someone who happens to be attracted to the supernatural? Most of the people avoid an encounter with paranormal activities; many people explore the adrenaline rush of being surrounded by strange unknown. If you believe that ghosts exist, you are not alone. Ghost hunting became widespread around the world recently. ‘Ghost Hunters’ a television series which got famous: assertion anyone can look for ghosts. Individual experience is one element but scientific proof is another piece. Many people who went on account claiming that they had paranormal encounters might not have seen anything and may have had totally different experiences that couldn’t be explained.

The listing of haunted places in India is considerably lengthy, each one linked with antiquity or myths. Haunted places encompass everything from abandoned fortresses, deserted villages, spooky beaches, sealed mines, and spooky inns to unlikely places such as courtrooms and institutions. The horror places and their stories are distinct in nature still they can scare the living daylights out of you. Are you ready to explore these haunted places and their stories?

Located 85 km from Jaipur in the Alwar region, this ruined city of Rajasthan is notorious for being one of the haunted places in India. Girdled by the Aravalis on all three sides, it envelops a fort, temples, tombs, and Havelis. According to sagas, this place was deserted because of a curse by a tantric who is said to be buried here. Locals believe he was supposedly in love with the kingdom’s queen, and that’s why he cast the spell.

The entire town was cursed with the exclusion of temples. As most of the ruins are well sustained, modern-day Bhangarh is the darkness of once a flourishing city. No visitors are entitled to hinder around in the dark as an Archaeological Survey of India generates a sign “Staying after dusk in this zone is forbidden”.

Kurseong is a tiny hill station near Darjeeling with scenic landscapes, orchid gardens, deep tea plantations, and forested hillsides. But that’s not all, this little place Kurseong has a dark side too.

Kurseong is home to various paranormal ventures that you can dream, let’s have a look. What brings tourists to visit Dow hill is the view and strange places and spooky tales. The timid should unquestionably steer clear of the ‘death road’ which lies between the Dow Hill Road and the Forest Office. The woodcutters often report the bone curdling experience watching the spirit of a young boy stroll into the woods and disappear.

People have also registered the cases of being chased and continually observed over by obscure entities. People have also noticed red-eye gazing at them and a lady in gray outfits wandering around. Some people who have been to these woods have lost their minds or ended up killing themselves due to a spooky feeling of being observed.

The enigma of north-east never desists to astonish us. Assam is one such vision, endorsed by the majestic Brahmaputra, and is an ideal gateway to the rest of the northeast. Haunted places in Assam present visitors with some mystical happenings and something out of the normal. As not everyone can start a journey to the “other world” but those who can we urge you to walk this trail carefully and at your peril.

Jatinga is a little village with a population of 2500 people has one of the most puzzling happenings in the world. Mass bird suicides, for ages local and migratory birds, plunge to the earth in high significant figures on moonless nights of September and October in particular regions. The experts are frustrated as they can’t find a notable reason as to why the birds fall lifeless from the sky.

Kuldhara, a village located near Jaisalmer, is correlated as the ghost town of Rajasthan. Paliwal Brahmins who used to reside here in the 18th century were vexed by the Diwan or the local ruler by levying enormous taxes. One fine day, the ruler fell for the village chief’s daughter. The Paliwals were threatened with dire consequences if they didn’t agree to the ruler’s wish.

So having no alternative one dim night the villagers disappeared leaving behind their houses and everything within. The villagers cursed that no one will ever be able to reside in the village. The village prevails in the same form as it was abandoned centuries ago and the people who try to stay here are chased away by some unknown phenomenon.

Delhi Cantonment is supposedly believed to be spooked by a strange lady in white. This lady clothed in a white saree has been hiking here for decades. She signals at the moving vehicles at the nighttime requesting a lift. People who accept to give her a ride are never to be seen or heard from again. If the driver doesn’t fret to halt, the lady would begin racing with or following the vehicle at the equal speed till the passing of the Delhi Cantonment region. Those people who paused and asked the lady for directions, it is assumed that they did not find their way the whole night and had circulated around the capital, totally lost.

There are some ideas for who this lady might be, some state that she was one of the numerous unfortunate girls who have befallen victim to a feeble mind’s desire. It’s believed that on the last night of her life, she asked for a drive someplace in the city. Lads abused her in the moving car and discarded her body at Delhi Cantonment. Following then she is asking people who pass by for a drive and replicating the circumstances of her death each night.

Bombay High Court, one of the historic places of Mumbai, is thought to be haunted. Lawyers working in the court think it is spooked by one of the vindictive disturbed souls. It is believed that the spirit restrains the entry of the accused into the courtroom for every murder ordeal. It coerces the involved by communicating with them in a hoarse voice or cursing them. Was the ghost a lawyer who loves his job tremendously or someone wrongly sentenced to murder? The answer to this question is unknown. Purportedly, this has been going on for roughly three decades.

The iconic Taj Mahal Palace is considered to be haunted. This hotel has been home to several historical events in the past, including the troubled terrorist strikes a few years back. According to the fables, the hotel’s plan was formerly designed by W.A Chambers, a French planner. When Chambers returned to England and discovered the development design of the hotel was not correctly carried out as he created, he was shattered and committed suicide, leaping off of the hotel bedroom. It is believed by the people, including hotel staff that the spirit of Chambers still wanders within the Old Wing of the hotel.

The Dumas beach is famous for a couple of things; one for its black sand and the following for signifying troubled. Dumas beach is located along the Arabian Sea and is deemed to be the most haunted place in Gujarat. It is believed that the beach was used as a Hindu burial ground and is possessed by numerous frightful ghosts that never left the region. Fables emphasize the mass ash produced by incinerating the decedent, which got merged with white sand and became a shade darker so the black sand. The shore has an uncanny feel and you cannot escape the negativity that circles the beach. Several paranormal ventures have been recorded in the area as the moon rises.

These are some of the most ominous and haunted places in India with all of them having dire and bone-chilling tales. They have grown more widespread and fascinated by ghosts and spirits. If you’re one of them who enjoys exploring the ghost world, you know where to head to. We advise you to take all the required precautions while visiting these haunted places.

Read Also: Who was the First Ghost to be discovered?

Let’s have a look at some of the World’s most similar flags. Flag! The word itself gives goosebumps and fills your heart with emotions of...
Read more

Your body is an incredibly complex machine. There are still plenty of secrets regarding how some parts work, and research into these things is...
Read more
Previous article
Self-Love: An Essential Guide To Understand Yourself
Next article
What Is The Best Outfit To Wear For A First Date?