YOGURT OR CURD! Confused? Here Are Some Intriguing Facts! 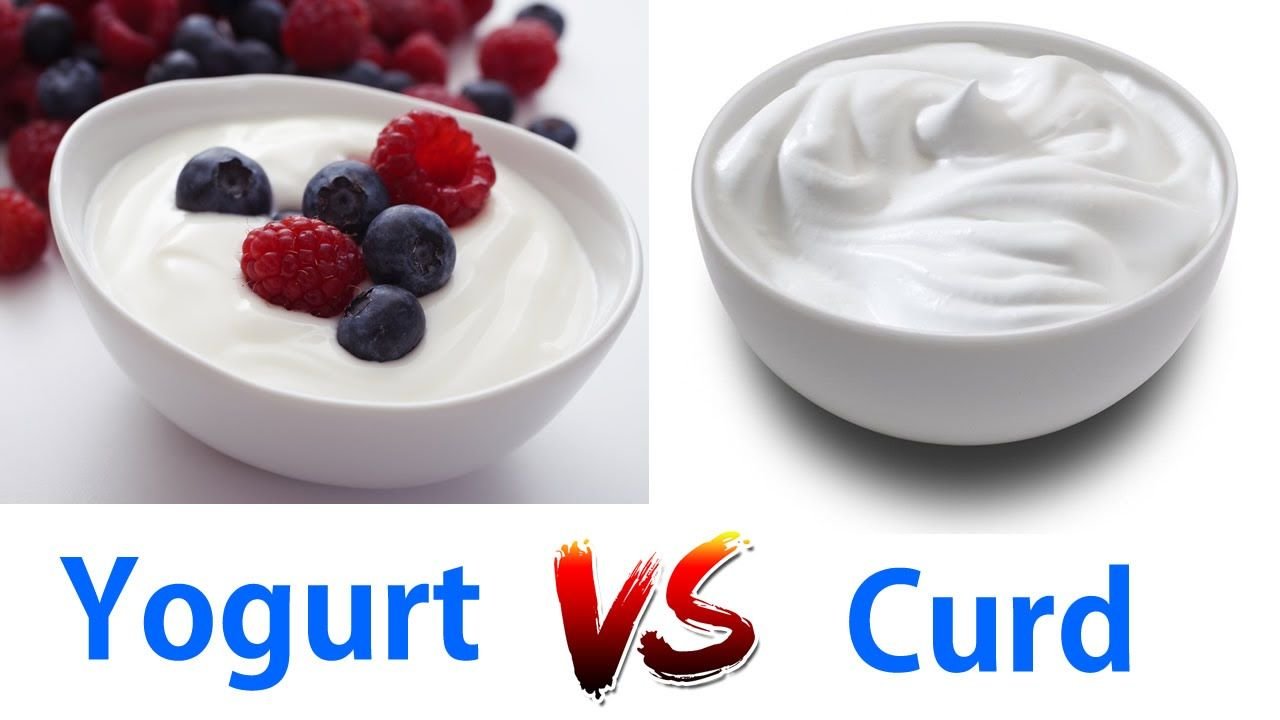 Yogurt or Curd is relished by most of us and is a crucial part of our diets but there might be an occasion when you got confused between Yogurt and Curd! Funnily, some of us think that it’s the same dairy product and Curd is for ‘India’ while Yogurt is for ‘West’ or sometimes flavored Curd is misconceived as ‘Yogurt’. But interestingly, the answer is plain NO! Although both of these are the dairy products & formed by fermentation of milk but they are an entirely different ball of wax. Let’s catch some interesting, useful & unknown facts about these two:

The curd is made by coagulating or curdling of milk, and by adding some acidic substance (Obviously edible one!) to it such as lemon juice or vinegar. On adding any of these in milk, it will start coagulating thus separates into a solid and liquid part. This solid part is Curd or Dahi as we usually call it in India, having milk proteins while the liquid part is whey proteins.

It’s slightly tangy in taste obviously because of acidic substance in it. It can be prepared easily at home by adding a teaspoonful of curd into the milk, which is boiled and then cools down to 30-40 degrees. Curd itself has a form of bacteria called Lactobacillus which helps in formation of Lactic acid thus converts the milk into curd

The curd is quite nutritious. Other than the Proteins, carbs, and fats, it also has vitamins A, E and K; thiamine, riboflavin, niacin, pantothenic acid, vitamin B6, folate, vitamin B12, calcium, iron, magnesium, phosphorus, potassium, sodium, zinc, copper, manganese, fluoride and loads of Probiotic enzymes which promotes digestion and keeps your colon clean and healthy.

Yogurt is usually an industrial product and not prepared at home. However, it is a far healthier option than curd due to ample amount of phosphorous in it. For the preparation of Yogurt instead of one strain of bacteria akin to curd, two strains of bacteria are required i.e. Lactobacillus bulgaricus and Streptococcus thermophiles for the fermentation of milk.

Vitamin B12, calcium, potassium, protein, Zinc, Vitamin B5 and iodine. For health obsessed & fitness freaks, Yogurt is always considered as an elixir as it not only helps in weight loss but also dwindle your high cholesterol levels & keeps high blood pressure at bay.

So next time we hope while you pamper your taste buds with either yogurt or curd you would savor it without getting confused between the two!!

There is a vast majority of horrific deaths that took place in Roman and Greek mythology. Many of these deaths were caused by very...
Read more

One of the most significant factors that can be an indicator of overall health is your diet. What foods do you consume regularly and...
Read more
Previous article
Know About A Peculiar Ability Of Animal Whispering
Next article
What is PTSD? Here is Everything You Need To Know About PTSD

Handy Hacks for Helping Your Child Get a Better Night Sleep

Be Fit, Not Weight Obsessed!