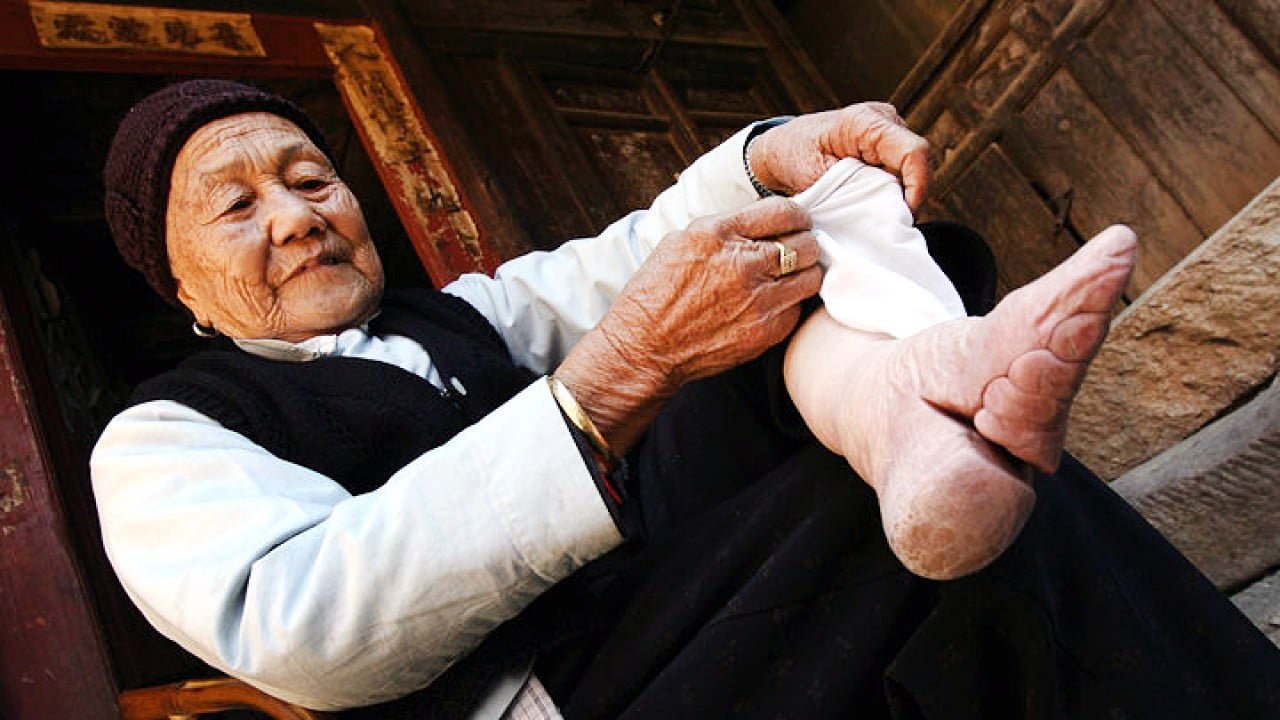 Table of Contents show
What Do You Know About The Bound Feet?
History
The Golden Feet
Source of Pleasure
Economic Reasons
Abolishment
The Past Glory And Shame

Nobody really knows the exact period when it all began in China. Though famously it is believed that foot-binding was inspired by a tenth-century concubine, a dancer named Yao Niang, who bound her feet into a hoof-like shape. The story goes that she danced inside a six-foot golden lotus, a glided stage, festooned with ribbons and precious stones. She was Emperor Li Yu’s favorite court dancer and that led other dancers to imitate her. During the Song dynasty (960–1279 BCE), foot- binding had widespread and so it started with the royal court and gradually progressed to the upper- classes. The elites adopted this custom to distinguish girls of their class from everyone else. Meanwhile, lower classes took up to improve their social and economic prospects.

By the mid-17th century, marriage prospects for a girl without palm-sized feet became dim. So, girls as young as five would have layers of bandages wrapped around their toes every day.  The aim was basically to attain a  perfect bound foot known as the jinlian– “golden lotus”.  It was a long torturous process that went on for nearly a decade. The bandages that were tightened around the foot were done in such a way that it pulled the four smaller toes down underneath the foot while pulling the heel towards the toes. The result was a foot that was no longer than 7.5-10 cm (3-4 inches).

Mothers from poor families were always looking to attract a wealthy man who could give their offspring a chance at a better life. Hence, they made sure that their daughters had their feet bound at the right age.

Women who didn’t have lotus feet were also considered manly and not delicate enough by an ancient Chinese saying.

According to Li Yun, a 17th-century Chinese author bound feet were considered ‘extremely sexy’ and ‘irresistible’, and a man could get ‘mind-blowing’ experience by just touching them.

Possession of bound-feet women also demonstrated male economic power. For men, it was a way to show off their social stature as they were married to crippled feet women. Women in that era held no power and were considered simply a source of beauty, sex, and procreation.  That was the way upper class functioned in those days.

Also, women due to bound feet developed a peculiar walking style. The unique walk led to the tightening of their inner thighs, hips, buttocks and pelvic muscles. In those times, Chinese men considered these characteristics physically attractive. Essentially, it was all about male sexual satisfaction.

In village communities, it was a form of discipline. As binding deformed their feet at a very young age and restricted their movements, girls developed hand skills. They could sit still for hours and work with their hands throughout their lives. Mothers specially trained their young girls to spin, weave and do other hand works as the whole village was dependent on selling these goods. It was only when the handwork lost its economic significance and small mechanized industries came into existence, foot binding died out.

Foot binding has been illegal for a century now. The last shoe factory that made lotus shoes got closed in 1999. Although by the 18th century, periodic attempts had been made to stop such a practice still it remained a common practice in China. It was not until 1912 when the custom largely got abolished. The reason being western missionaries that had made their way to China by then. These missionaries felt that it was a regressive tradition and had to stop. So it did for the large part of the population. Yet, unofficially for the next three decades, it continued in remote and mountainous areas of China. There were many Chinese scholars who also resented this practice and thus gave their support for its abolishment.

The Past Glory And Shame

The handwork has contributed immensely to China’s pre-industrial economy. Women who have had to work so hard with their hands, to sew, stitch cloth and textile products for their communities had for the longest time gone unnoticed. Not only this, after the ban was imposed, many women who were proud of their bound feet, faced sudden embarrassment because of public humiliation of this custom. A lot of girls even found themselves abandoned by their husbands as the tradition was no longer fashionable. At the end, it would not be wrong to say that for women it all started with pain and ended in shame.

Childbirth is a happy and delightful period. The feeling of having and giving birth to a baby is beyond words. Various changes occur in...
Read more

Bandhavgarh not just means an abode for Royal Bengal Tigers. The core area of the forest has a mesmerizing wild beauty. Every bend of...
Read more

It is certain that you probably don't believe in the existence of divine creatures considering they won't be able to survive in the real...
Read more

Mukbang and ASMR eating has been the ongoing trend of this "new generation," which is usually on the phone screen, scrolling through social media...
Read more
Previous article
Top 8 Facts About Dogs That You Probably Didn’t Know
Next article
Julius Michael Johannes Maggi-The man who created the sensational Maggi

5 Types of Candles That You Can Make At Home

Find Out More about Salt- the Soul to our Food