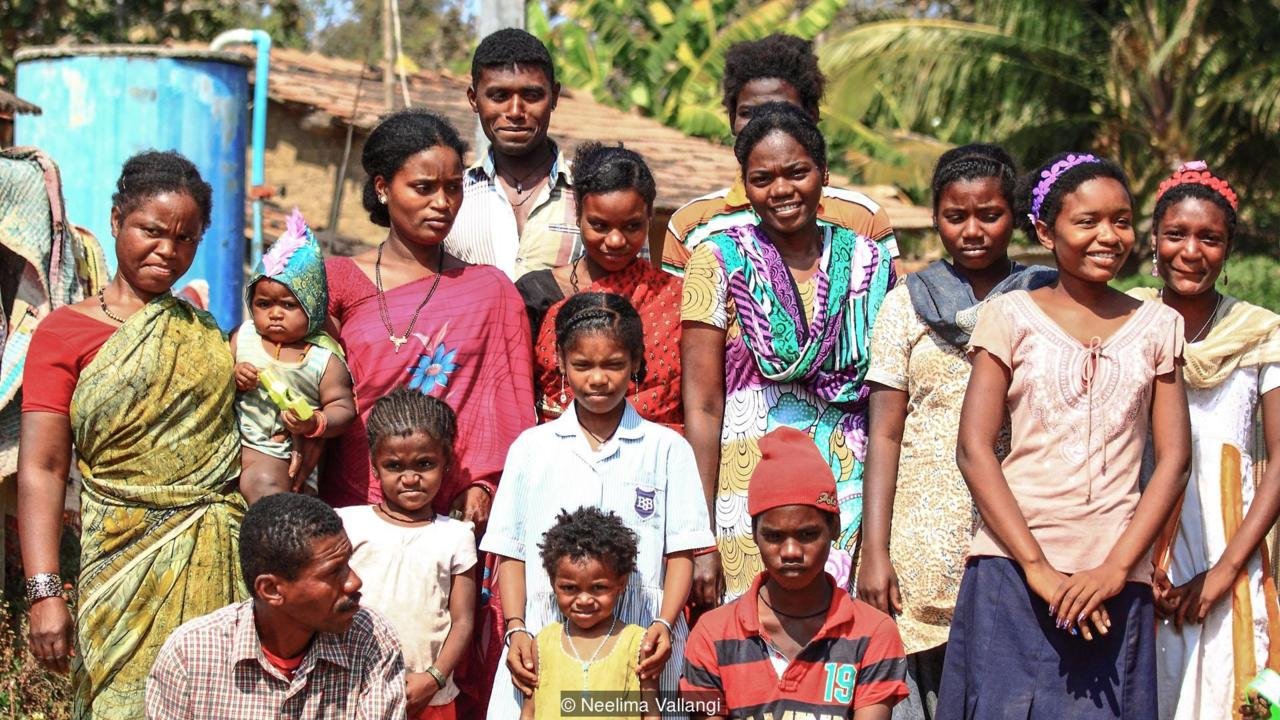 Descendants of merchants, sailors and slaves from South East Africa, Siddis are an ethnic group settled in India, Pakistan and Srilanka.  They are believed to be descendants of the Bantu people of East Africa.

Around the 13th century, they were first brought to India as slaves by the Arabs, and then the Portuguese and finally by the British. Many worked as labourers, bodyguards or soldiers for kings. A few of them even managed to become Kings due to their connection with Maharajas. Though, a majority of them continued to live in poverty and isolation.

Siddis are also known by other names – Habshis (slaves sold by Arab tradesmen), Kaffirs (with no racist connotations) in Sri Lanka and the Sheedis in Pakistan. According to the statistics, Pakistan is home to nearly 50,000 Sheedis.

Meanwhile, India is estimated to have at least 25,000 of Siddis living across several states but mostly concentrated in Gujarat and Karnataka. Some also live in Andhra Pradesh, Goa and Bihar. They are even recognized as a scheduled tribe in 3 states and 1 union territory: Goa, Gujarat, Karnataka and Daman and Diu. As far as their homes are concerned, they mostly reside in forest far away from the cities.

Only very few became Hindus as the caste system did not leave much opportunity for them. The one factor that binds this community irrespective of their different religions is the ritual known as  Hiriyaru. During this ritual, the ancestors are invoked on auspicious occasions such as births, marriages and deaths.

Siddis live a very secluded life. So much so that it wasn’t until 2003 that the communities of Gujarat and Karnataka found out about each other’s existence. Since they have restricted themselves from mixing with other gene pools, their features still resemble that of Africans.

Due to their different appearance, they have faced racism for centuries and even today are widely regarded as ‘outsiders’.

Most of the men and women work on farms and in the forest. Then there are those who are casual and contractual labourers. With few opportunities for education and employment, NGOs have started taking initiatives. Nowadays, they are trying to help the youth by training them in sports.

The Siddis have fully assimilated into modern day Indian culture, traditions and language.T hey are Indian citizens but often the rest of India have a hard time believing they are so. The only thing that separates the Siddi tribe from any non-Siddi Indian is that they marry their own kind within the community. That was a norm that was followed for a very long time. However, today inter-community marriages have been encouraged and accepted.

Culturally, their lives revolve around music and dance. Like any other Indian tribe, the rhythm of music and dance flows in their blood. Even if you ask a child to dance, he or she will be able to instantly break into the rhythm. The songs are a true reflection of the lives they lead and their passion for hunting. Often, the whole village comes together after a hard day’s work and dances in unison. The strong dance moves might have mellowed down but it continues to be an integral part of their culture.

In the late 1980s, a  Special Area Games programme was headed by the then sports minister Margaret Alva. It was initiated in the states of Gujarat and Karnataka. On the whole, it was observed that children lacked a healthy nutritious diet and were malnourished.

Yet within a few months of training, they were winning medals and breaking records at the state level competitions. Unfortunately, by 1992-93, the initiative ended, the program was cut and Siddis were asked to return back to their homes. Some found jobs, others returned to their villages. Though all hope is not lost. Sports Authority Of India still seems interested in working on this and who knows we may in near future see Siddis representing the nation at Olympics.

Read Also : Motherhood is a journey that does right by you of the new life you made.

a foodie, writer and an art lover