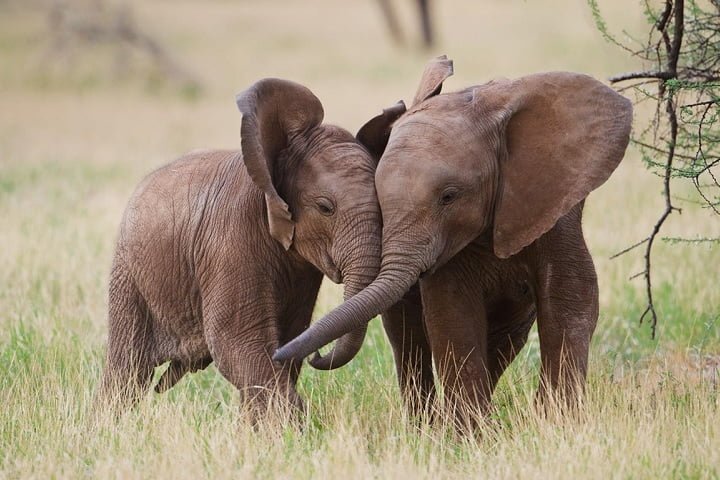 With a total of 8.7 million species, nature never ceases to amaze us. Because each species has its very own crazy, surprising and bizarre style of living, varied eating and defecation habits, strange reproduction methods and much more which wows the human mind.

So in order to learn about these unique styles, habits and strange rituals how about browsing below the small compilation of weird and odd animal facts put together for you?

Platypus or usually referred to as the duck-billed platypus is a brown-furred, semiaquatic egg-laying mammal native to Central Australia. But its unique features make it one of a kind. What sort of features, you ask? Well, they are excellent swimmers (after Michael Phelps, of course), they don’t have a stomach, they nurture their young ones without nipples, their duck-shaped bill has electroreceptors which allows them to hunt underwater and much more. But the one feature that really stands out is that they swim with their eyes, ears and nose closed because the folds of their skin cover their eyes, nose and nostrils thereby preventing the water from entering inside.

Sloths are mammals, which are native to Central America and South America. They are usually known for their slow movements and laziness. Most of the time, they are also known for spending their lives hanging upside down in the trees of tropical rainforest. But apart from the luxurious life they live, there is a serious horror they go through. Scientists have revealed that sloths poop once a week. This is because of their bowel movements which are slow, just like them. It is also said that some meals take up a month to digest or so.

PS: I think constipation has taken a high road and there is an urgent need for sloths to drink water regularly for better and frequent stools.

Wombat is a large, stout and short-legged marsupial native to Australia. But this little muscular guy has a special feature which is about his poop. You might be thinking, what’s in a poop? Well, it is such that wombats have a peculiar poop which is cuboidal in shape. To solve this mystery, scientists have studied the digestive tract of this animal and say that wombats take around two weeks to digest their food. When the food reaches their intestine, it changes its state from liquid to solid. And at this stage, the faeces take up a cuboidal shape and measure up to 2 centimeters.

Well, there aren’t any movie spoilers ahead but flamingos or flamingoes are a type of wading birds, native to Asia, Africa and Europe. One such hoax is that flamingos are not pink. They are born with grey feathers, and turn pink over time due to the presence of canthaxanthin; a natural dye found in the food they eat which is usually brine shrimp and blue-green algae.

Crazy Thing One Does For Sex

Giraffe is an African mammal and one of the tallest living animal in the world. But do you’ll know that it has a very one of a kind mating ritual? Well to start with, the male giraffe first approaches the female giraffe in oestrus (a period of mating and fertility in female mammals). He then nudges her posterior end, in order to encourage her to urinate. The male giraffe then tastes her urine, checking if she is ready to mate. If things look promising, then he follows her around until she is still and then carries on with the process.

The koala is a marsupial native to Australia. It too has a sorted life like the sloth. They munch on eucalyptus leaves and sleep for 20 hours straight. But do you’ll know that their fingerprints are almost identical to human ones. Now, do you still want to keep a fingerprint lock? If yes, then I just hope that your phone unlocks real quick with your print otherwise be ready to climb up the eucalyptus tree, lol.

Seahorses are tiny little charismatic fishes living in the deep blue sea. Just like a giraffe, they too follow a different mating behavior where the male seahorse undergoes the pregnancy and gives birth, thereby outdoing every other dad in the world. First, before breeding the male and the female seahorse engage in an 8-hour courtship dance. Later, when the eggs reach maturity mama seahorse deposits her eggs in daddy cools pouch which is presented on the ventral side. He then carries those eggs for 9 to 45 days, until his children are fully developed and ready for the world. He gives birth to around 100-1000 seahorses at a time by releasing them into water.

Spotted hyena or laughing hyena is a carnivorous mammal and feminist af. Why, you ask? Because the female hyena is highly distinguishable from the other members because it has genitalia resembling that of a male. In other words, female hyenas have a 7-8 inch long and high testosterone levelled clitoris, shaped like a penis more likely a pseudo-penis that is capable of erection, urination and giving birth. Due to such characteristics, the female hyenas are often dominant over the male.

Someone Please Call The Founder Of Huggies

Penguins are aquatic flightless birds native to the Southern Hemisphere but do not contribute a lot in Antarctica apart from tourism. It is because nearly 3% of the glaciers in Antarctica are covered in penguin urine. Now you know why I urged to call the founder of Huggies.

So, did any of the above facts wowed you? If yes, then let us know which one in the comment section below.

Who isn’t in love with these “thode teekhe thode meethe” spheres called as golgappas! No one is left untouched by the magic of this...
Read more

Birds Nest Soup A Swallow's Bird Nest is considered very precious in Chinese tradition. Since over 400 years, it is being used for various culinary purposes....
Read more

As beautiful as all weddings are in their own way, they all have the same goal – the celebration of two people making a...
Read more

Planning a wedding is an exciting time. You’ve probably been excitedly chatting about an abundance of ideas you’ve both has since the engagement, and...
Read more
Previous article
Atlantis- A Paradise Lost Under Water?
Next article
The Power of Your Feeling Brain Over Your Thinking Brain

Obesity And The Huge Role Of American Food Chains In It