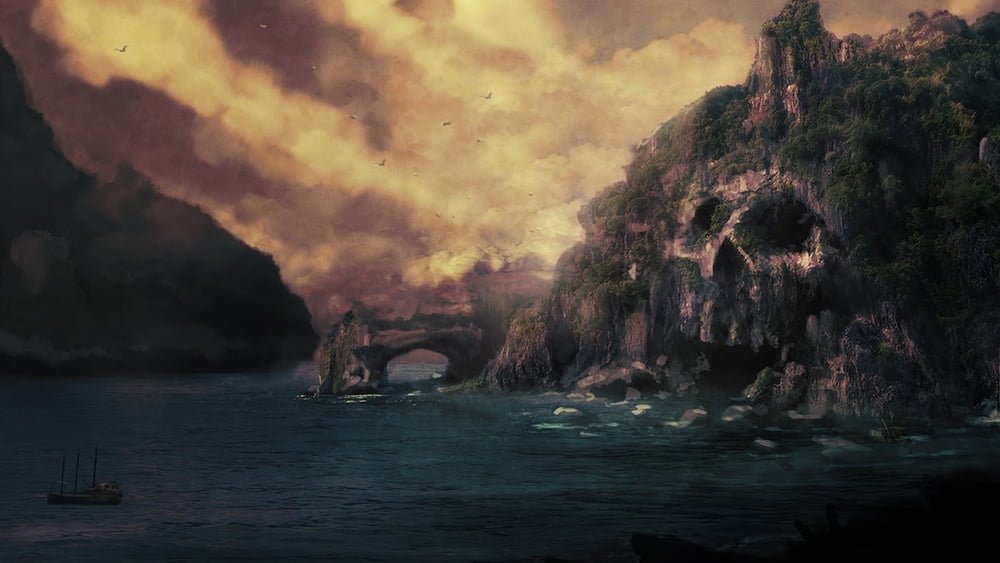 Islands certainly make for an exotic holiday destination. From sitting under the rustling palms, sunbathing and gazing at the clear blue sea to engaging in activities like snorkeling, surfing, and scuba diving, islands provide a perfect escape from the busy world into the serene, peaceful beauty of nature. But, not all islands are suitable for exploration; there are some which pose great threats to their visitors.

Ilha Da Queimada Grande, famously known as the Snake Island, is one of the deadliest islands in the world. Located about 90 miles off the São Paolo Coast, this island is densely populated with snakes. It is also the home to about 4,000 golden lancehead vipers. These snakes are unique to this island and are one of the most poisonous reptiles on Earth. They can grow about half-a-metre long and possess such a fast-acting, powerful venom that melts the flesh around their bites. The snakes on the island exist in such a high concentration that, researchers estimate that there’s one snake for every square meter. This means you are never more than three feet away from death!

It is hard to believe that there still exists a community of people with no connection with the outside world in this modern world. A part of the Andaman Islands, North Sentinel provides a home to these Sentinelese people. These people are very hostile to external contact and kill anyone who comes close to their land. Hence, it is deemed the ‘hardest place to visit in the world. The population of this tribe is estimated to be anywhere between 50 and 400 individuals. They have lived in isolation on the island for about 60,000 years, resisting attempts by the authorities and anthropologists to study their culture and integrate them into the modern world. So protective are they of their territory, that an Indian coastguard helicopter was greeted by a volley of arrows preventing it from landing.

A small island located in the Venetian Lagoon, Northern Italy, Poveglia is considered to be one of the creepiest places on Earth. This island is famous for its paranormal activities. During the Roman Empire, the victims of the plague were housed on this island. In order to separate the sick ones from the healthy residents, the afflicted people were forced to live here and die in isolation.

Also, reports claim that a mental asylum was opened on Poveglia Island in 1922. The scientists and doctors here, taking the advantage of its isolation and privacy, abused, tortured and killed many of their patients. The hospital closed in 1968 and its ruins are still there.The fact that it housed mental patients is also evident. Many believe that hundreds of thousands of tormented souls still remain trapped on Poveglia Island and you can still hear their screams. It has also been featured in the T.V shows ‘Ghost Adventures’ and ‘Scariest Places on Earth’ and has also been a subject of various fiction and graphic novels.

Gruinard Island is a small, oval-shaped island located in Gruinard Bay, less than a mile from the Scottish mainland. The soil here is considered to be contaminated with Anthrax and is viewed as a genuine threat. During World War II, the UK decided to use Anthrax as a weapon. They decided to explode bombs containing this lethal killer, for attacking the enemy. This deadly bacillus can kill via skin contact, inhalation, and ingestion. In 1942, Gruinard was selected for the biological warfare experiments but later was declared under quarantine. This is because the Anthrax spores were indestructible and anyone who set foot on it was dead within minutes. Although the British Government, in 1986, began full-scale decontamination of the island and eventually declared it ‘safe’ in 1990, not everyone is convinced of this owing to the fact that Anthrax is a very resilient and deadly bacterium.

Situated off the coast of Rakhine state, Myanmar, Ramree Island is a home to an unknown number of the largest reptilian predator in the world- the saltwater crocodile. These crocodiles can grow to over 20 feet in length. They can eat almost anything that crosses their path, including a full grown adult human.

During World War II, Ramree island was the site of a number of battles between the British and Japanese forces. In order to establish a new airbase, the British troops drove nearly 1000 Japanese combatants into the mangrove swamp that covered Ramree. Around 500 of these soldiers are thought to have escaped the swamp. They are reported to have told horrific tales of dozens of crocodiles attacking the soldiers and dragging them off. Due to this horrific animals-gone-wild style massacre, it is listed as the “Greatest disaster suffered by humans due to animals” in the Guinness Book Of World Records.

Read Also: The Bizarre Pink Lake That Looks Like A Milkshake

How To Check If Your Mask Keeps You Safe In COVID Times?

If we rewind the year to a few months ago, most of us lived a completely different life. The global pandemic of Coronavirus has...
Read more

Nikola Tesla was a Serbian American (July 10, 1856 to January 7, 1943). He was an engineer known for designing the alternating-current (AC) electric...
Read more

The North-Eastern part of India is shrouded with mystery according to the people of mainland India. It’s understandable for them to have a view...
Read more

Sex chat with strangers can be an exciting and interesting experience. It's a great way to explore your fantasies, broaden your knowledge, and learn...
Read more
Previous article
The Man Who Saved The Lives Of 2 Million Babies
Next article
Did You Know About Kelly- The Smart Dolphin?

The popularity of Japanese Cuisine is on the rise in the City!

This Six Pack Abs Diet Is Your Stepping Stone To be Fit.