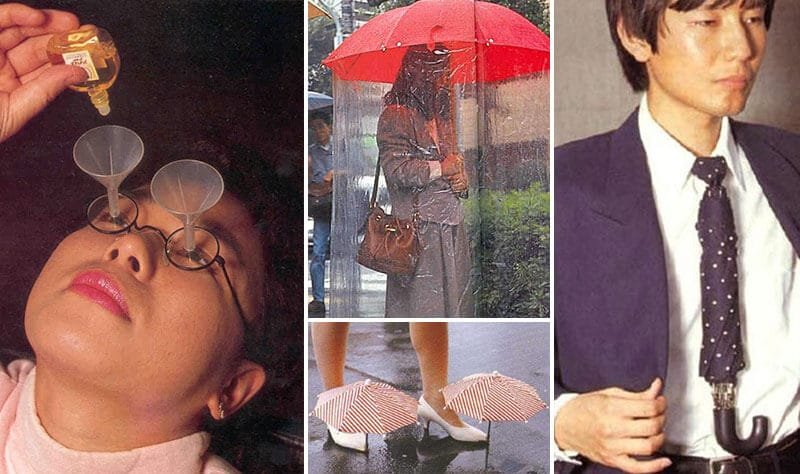 Japan is the country of Inventors. It is well known for its distinct and even eerie inventions. It has given us laptops, reliable cars and whatnot. The selfie stick, which has now become necessary for every trip was laughed at by us a few years back. Today, The Oxford Dictionary named “Selfie” the word of the year in 2013. Japan has given various products that have made our lives easier and more comfortable. Some of these inventions, which you wouldn’t have even thought of, are listed below, and I am sure that you will be amazed to read about them.

You can turn your seats on the train in whichever direction you want. In case you do not like to sit in the direction of the moving train then just pull the lever to change your seat’s direction. An interesting fact is that as soon as the train reaches the final station, the seats automatically rotate to their standard positions and get ready for the new journey.

It gets challenging to handle a child alone especially when you are outside. And in case you have to use a bathroom, it becomes a mess. Japanese found a solution to this problem and created a baby seat inside the bathrooms where you can make your child sit while doing your business.

Yes, it may sound funny, but they realized that dogs might also not like the bright sunlight as we don’t. They empathized with dogs and invented sunglasses for them. Did you ever even think of it?

LED Lights have become a part of every house today. In the early 1990s, three Japanese Scientists used semiconductors to produce high brightness blue LED light for the first time. Now, TV, Mobiles, etc. this revolutionary discovery to reduce their energy usage. The 2014 Nobel Prize in Physics went into the hands of Professors Isamu Akasaki, Hiroshi Amano and Shuji Nakamura for giving the world of science these blue LED lights.

Japan has invented not only the physical product but also a fifth sense! Umami, one of the five tastes (along with sweet, sour, bitter, and salty). A Japanese chemist, Kikunae Ikeda discovered this in 1908. It is described as a meaty taste and is prominent in foods like Parmesan cheese, Mushrooms and Anchovies.

5. A sink that saves water over the toilet head tank

Water has now become a scarce resource, but in the minds of the Japanese, the resource is now being widely used. The water that runs while washing hands gets collected in the tank which afterwards is used for flushing.

Japan has always been one step ahead technologically of the rest of the world. There are many inventions by the Japanese that we may not even think of and they have already invented them. Some of them may be absurd, but many are even sensible and famous all over the world which has made lives easier.

Interesting Facts About Sneezing That Will Astonish You

Facts About SneezingSneezing is a quick unplanned removal of air from the nose and mouth. It occurs due to irritation of one's nostrils. Nostrils...
Read more

Ranitidine, also known as Zantac, is a medicine that reduces stomach acid production. Peptic ulcer disease, Zollinger–Ellison syndrome, and gastroesophageal reflux disease (GERD) are...
Read more
Previous articleUnique Christmas Traditions Around The World
Next articleHave A Glance At The Meaning Of The White Wedding Dress

5 Methods to Live a Sustainable Life