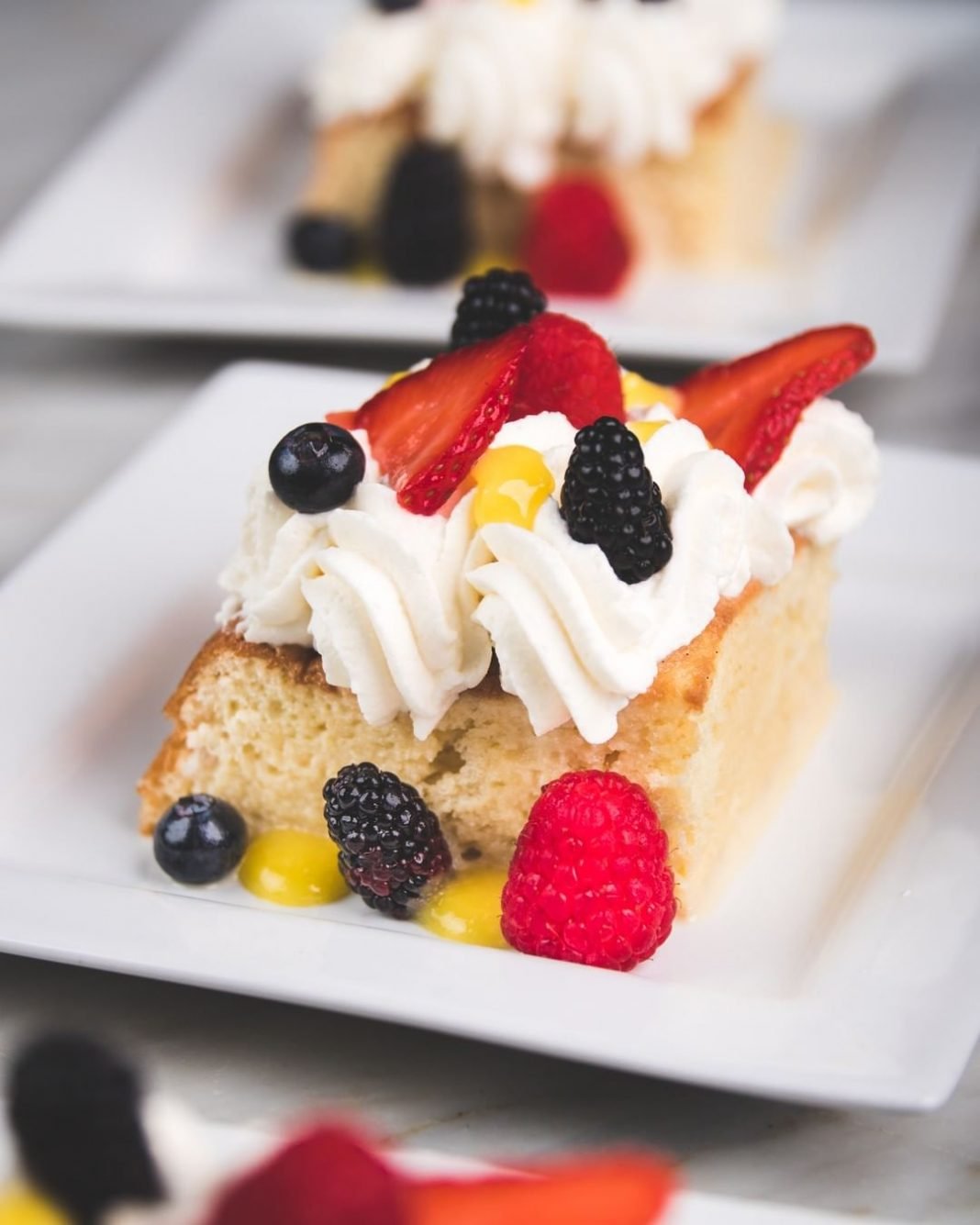 France and Italy have always been on the top when it comes to desserts. I mean one couldn’t resist the smooth and burnt flavour of creme brulee or the soft choux pastry filled with decadent vanilla custard or the bittersweet flavour of tiramisu or the tiny cream-filled zeppole, right?

Majarete is a corn pudding made from fresh corn, milk or sometimes coconut milk, vanilla, spices like cinnamon and nutmeg and is often eaten in countries like Dominican Republic, Puerto Rico, Venezuela and Costa Rica.

Blan manje or, let’s say, Haitian panna cotta, is a cold, light and creamy dessert made from coconut milk, thickened with gelatin or corn starch, flavored with nutmeg, vanilla, or other spices and floral essences, and garnished with almonds or shredded toasted coconut.

This soft, moist and sweet Salvadoran cheese pound cake is a dessert cake often found in the local bakeries and can be enjoyed with a cup of tea or coffee. The secret ingredient for making the quesadilla rich and flavorful is the queso duro, a Salvadoran Parmesan cheese. But if you are not able to visit El Salvador, you can also bring the Salvadoran flavours to your kitchen by getting your hand on the good old regular Parmesan cheese and baking yourself a Quesadilla Salvadoreña.

This caramel-liqueur and poetic parfait is a famous Peruvian dessert that hails from Lima’s city in Peru. This dessert dates back to the 19th century and was created by Amparo Ayarza, wife of the poet Jose Galvez. It is said that Galvez named the dessert Suspiro de limeña or sigh of a Lima lady because it is sweet and light.

This dessert is prepared by making manjar Blanco which is similar to dulce de leche (caramel spread) by boiling whole milk with sugar and egg yolks until it becomes thick and caramel-like. Later, it is topped with meringue which is made by whisking egg whites till soft peaks form with a splash of port wine and sprinkled with cinnamon dust.

It is just your regular crème caramel or your very own caramel custard that travelled all the way to México and bought itself a fancy name.

This Uruguayan cake gets its name from the Southern screamer, a bird usually known as chajá which is native to central and southern South America. This dessert has alternate layers of fluffy sponge cake, meringue, cream and fruits like strawberries or peaches. Other variations of this cake include additions of chocolate or dulce de leche (caramel spread).

This bite-size and bright yellow colored glistening custard is a baked Brazilian dessert and is chiefly made from sugar, egg yolks and shredded coconut.

Tembleque means wobbly (in English) and is a Christmas special Puerto Rican coconut pudding made from coconut milk, sugar or sometimes condensed milk, corn starch, vanilla and topped with coconut flakes and cinnamon.

Cuajada con melao is a Colombian dessert where fresh curd is dunked in a pool full of brown sugar and water syrup called molasses.

But today, Latin America, usually known for its vibrant, spicy and sexy food, has also emerged as a major contender when it comes to desserts.

Every city has a few things that are worth seeing with your own two eyes. Statues, parks, famous buildings - these sorts of things....
Read more

What’s Keeping You Awake At Night?

One of the common problems of modern living is the lack of sleep. Most of us aren't getting enough sleep. Here's what's hampering our...
Read more

Planning a wedding is an exciting time. You’ve probably been excitedly chatting about an abundance of ideas you’ve both has since the engagement, and...
Read more
Previous article
Why Should You Add Apple Cider Vinegar Pills To Your Diet?
Next article
Your Cheat-Sheet to Becoming a Fashionista in 4 Easy Ways