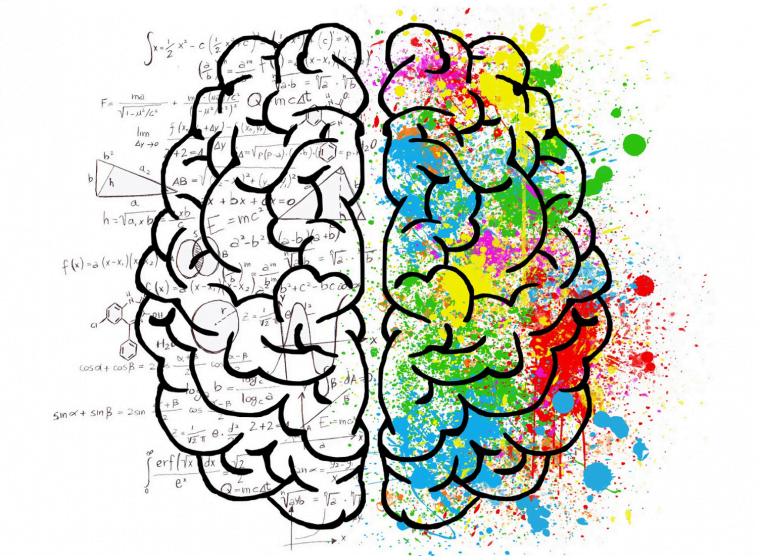 What is the difference between your feeling brain and your thinking brain?
Our little brains are very delicate, filled will approximately 100 billion neurons and 100 trillion connections, making it the most convoluted organ in a human body. There are two sides to our brains, left and right, which are equally important despite their control points being totally opposite to each other. Although scientists are still doing their research as to which part does what function accurately, we can be made aware of the main functions.

The left brain is said to be logical whereas the right brain is meant to be artistic. Depending from person to person, every human has their dominant side.

This is what is called the thinking brain which mainly features analytical and methodical reasoning. This side is dominant for reading, writing, calculating, mathematics, etc. If you love math, there are chances your dominant side is your left brain. Left-brained individuals tend to have more critical thinking, who keep their rooms tidy and can interpret information naturally better.

Right brainers are said to be artistic and artists take everything to their heart with their feelings and emotions always running through every blood vessel of their embellished bodies. This is the feeling brain. This mainly consists of intuition, daydreaming, imagination, etc. right brained people are good at memorizing, they pick up things easily despite of being in their world most of the time. This is because they learn everything visually. They seem to be constantly aware of situations, and be playful, creative and musical.

“The thinking brain is objective and factual. The feeling brain is subjective and relative. And no matter what we do, we can never translate one form of knowledge into the other.” Mark Manson, Everything is F*cked: a book about hope.

Manson doesn’t seem to have the same definition of left vs right Brain. According to him, we all make decisions as per our values and priorities fixed in our feelings side.

Whatever your dominant side may be, it is imperative that we maintain the health of our brain with proper diet and activity.