Shani Shingnapur An Unique And Rare Village With No Doors 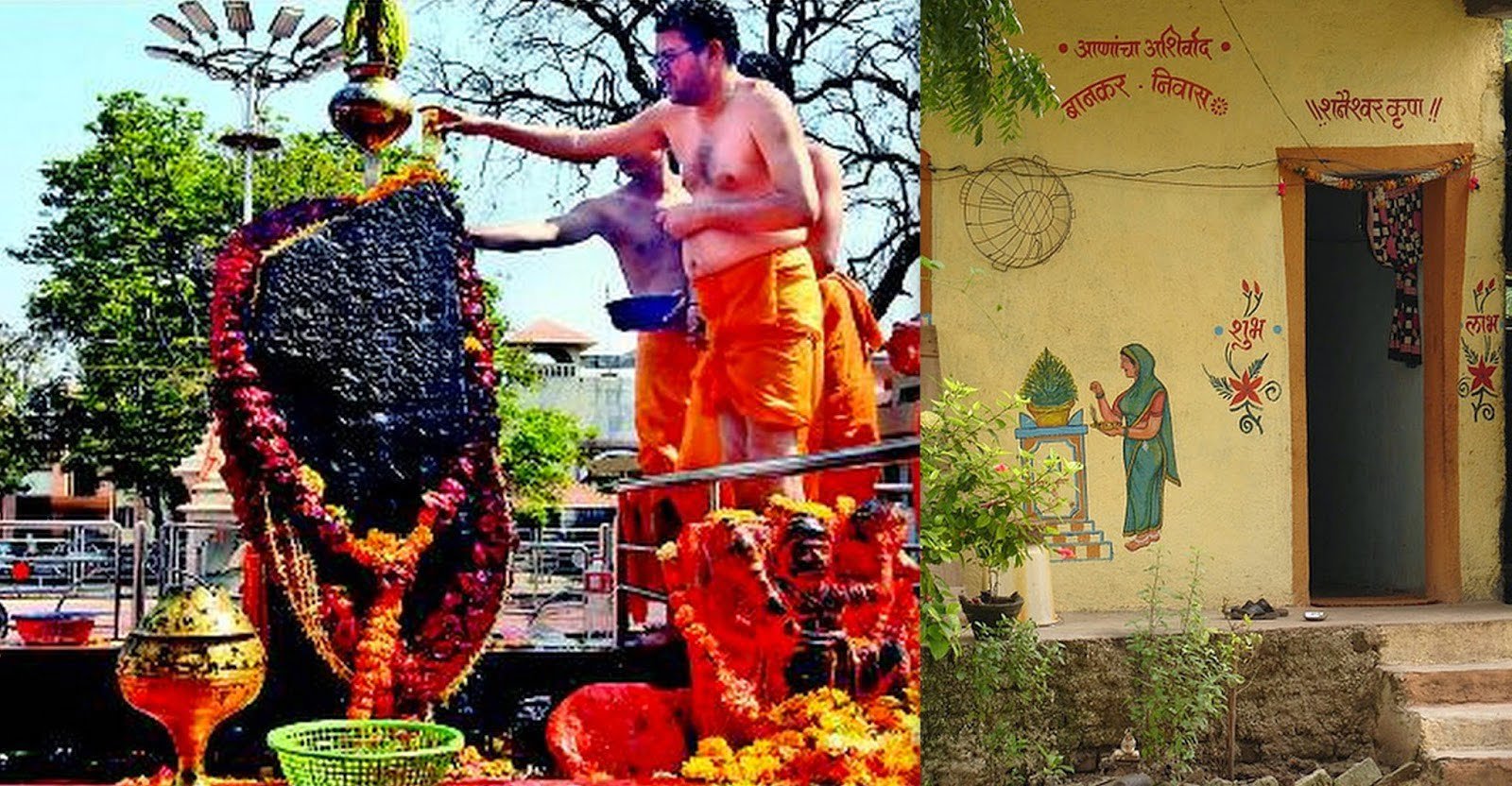 Let’s have a glimpse of Shani Shingnapur:-

Have you all heard of a place, where people having blind and immense faith or belief in god? Have you ever heard of a place where people avoid security and believe that the god is their only protector who looks after everything over there? If no, then you must visit Shani Shingnapur village. Its a village in Ahmednagar district of Maharashtra. The name Shani Shingnapur itself reveals that its a village named after a Hindu God Shanidev. The village has a Shani temple which is popular not only in India but all over the world.

The legend behind Shani Shingnapur:-

There is an interesting story or great legend behind coming of God Shani in this village. It’s about 300 years ago. According to it after a huge rain, a flood came in this village. At that time a person saw a heavy block of rock in Panasnala river. The person then touched that rock by a pointed stick. As soon as he touched it, the rock started bleeding. Shocked by this, he ran to the village to tell the whole story. Hearing the story, all villagers soon gathered there to see that unusual rock. On the same night, god Shani appeared in one of the villager’s dream.

Conversation with God Shani in the dream:-

God told the villager that he is ‘Shanidev’ and that unique rock is his form. The villager then asked him whether to construct a sheltered temple for his idol? The God replied, no he does not need a roof and wanted that the rock should be kept in the center of the village in an open sky so that he could look after all the villagers and protect them from any danger.

Why this village is called unique??

The strong belief in the above legend and in God Shani is so deeply entrenched into the heart of the villagers that they never feel like having a security guard in that village. For them living temple of God Shani is the real guardian or protector of the village. Due to this belief, all the houses and shops in the village does not have any doors and locks. Yes, it sounds unbelievable, but it’s very true. Not only this there are other facts which will astound anyone and shows the uniqueness of this village.

1. For generations, houses and shops have no doors and locks. Even the new constructions follow the same old belief.

2. People keep their jewelry, money and other expensive things in open without any fear and security.

3. There is no incidence of theft, riot or any other crime in the village.

4. People strongly believe that even if someone tries to steal something god Shani will punish him with blindness and that person will face ‘sarde saati’ i.e ( seven- in – a half years of bad luck).

5. People also never ask their neighbors to look after their house when they are out of the village or town.

7  In 2011, UCO Bank opened here in the village, is also one of its kind with the lockless branch.

8. There is no alcohol and gambling seen in this village.

10. All people live in harmony and peace.

11. Even the Shani temple is in open without any roof and there is no pandit in the temple. People worship on their own.

The popularity of Shani Shingnapur:-

The village and its temple are very popular not only in India but also worldwide. Every year almost 30 to 40000 devotees come to this temple to pour oil on the idol of God Shani and seek his blessings.

Some people consider the story of Shani Shingnapur as a myth but its a living reality for all people of that village.

Read also – Blind Photography: How Do They Do It?

11 Benefits Of Coriander For A Good Health

Coriander has numerous advantages for health. Coriander or cilantro is also a good source of dietary fibre, manganese, iron, and magnesium. However, coriander leaves...
Read more

Mental health as defined by The World Health Organization states is, “A state of well-being in which the person realizes his or her own...
Read more

Hair extensions and wigs are a good way to add to your natural hair or create an illusion of great hair. There are some tips listed...
Read more

A good backpack will complement your looks. However, other than the design, there are a couple of factors you need to consider, especially when...
Read more
Previous articleJulius Michael Johannes Maggi-The man who created the sensational Maggi
Next articleMermaids and Mermen: A myth or do they really exist?

Did You Know About The 11 Missing Days Of Agatha Christie’s Life?

All You Need To Know About Hair Transplantation!