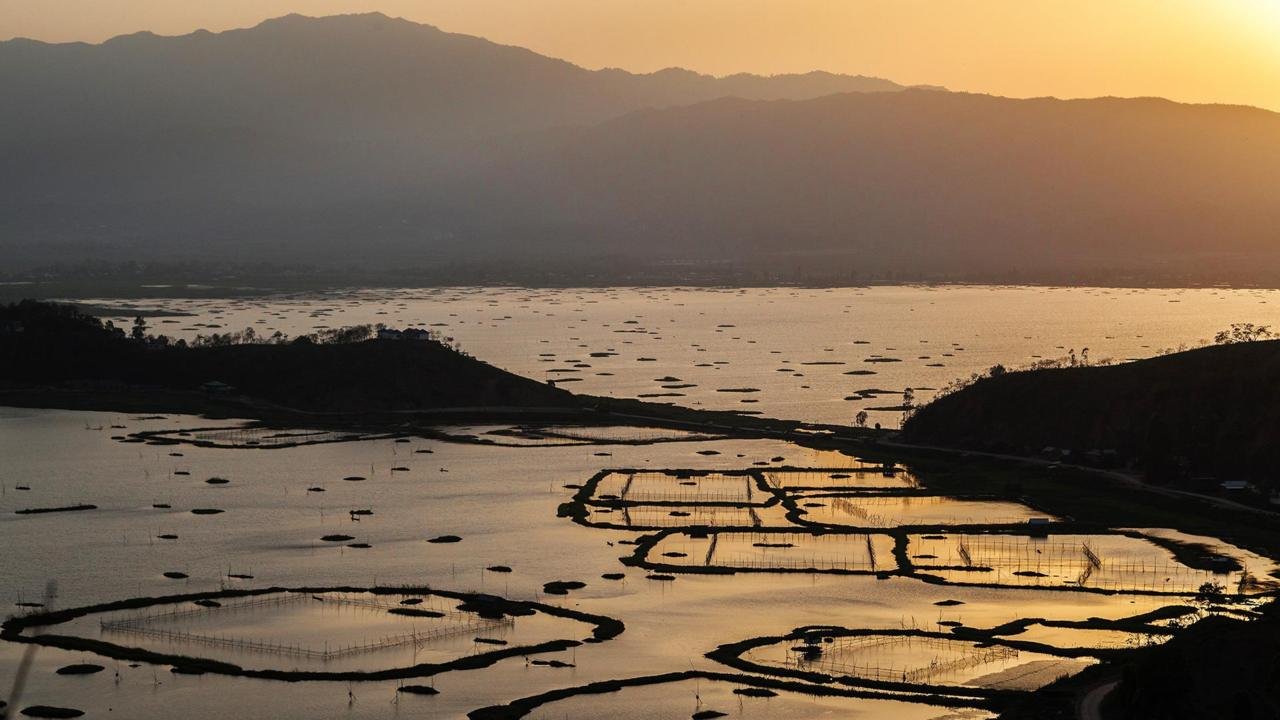 “ On Earth, there is no heaven, but there are pieces of it “

The above lines are so beautiful and appropriate when you are in India, where not one but many pieces of heaven can be seen in every portion of it. And each one has the power to make you awestruck by its beauty and uniqueness. One such kind of a piece of heaven here I am talking about is the floating island of Loktak lake. Must be surprised, hearing about floating island, right? Of course! Anyone can be after this. But this unbelievable natural beauty is the living reality of one of the North Eastern states of India i.e. Manipur.

Have you ever got a chance to stand on a hilltop, watching the fading of Sun out of the horizon, casting of shining light over a lake with small fisherman boats into it, where soft cool winds touch your face and hair? If your answer is no, then you all are missing out the best experience of your life. Right now, it all sounds like a small paradise. Isn’t it? Surely, a big yes for it. If you went into the imagination after hearing this, then come back. This is not a dream sequence. You all can experience this in real. Well, that beautiful chance you can get from Loktak lake.

“ Looking out over the lake I felt enveloped in the most peaceful loving utopia. “

Such beautiful lines! I think this will best be suited for Loktak lake where you will find yourself enveloped in the enchanting beauty of the lake. It is situated in Bishnupur district of Manipur, a state which is known as ‘ Jewel of India’ and it is just 53km from Imphal. Do you know there is a deep meaning behind the name of Loktak? Yes, there is. In the word Loktak, lok means ‘stream ‘ and tak means ‘ the end ‘. Taking it altogether, it simply means a place where a long journey of several rivers and streams comes to an end.

It has several features which makes it unique among other lakes.

Are there really floating islands on Loktak lake?

Coming of the above question is natural to those who don’t know about the Loktak lake. But you all have to believe it because this is the main feature of the lake. Loktak is home to not one but several islands, locally called as ‘ phumdis’. These phumdis are circular shaped solid landmass of vegetation, soil, aquatic plants and organic matters. These floating islands are so hard and thick that local fishermen build huts on them for their settlement and to do fishing. More than one lakh rural people depended on this Loktak lake for their livelihood.

Other important things on floating islands:-

The lake covers such a huge area that it is divided into three zones, namely:-

1 Northern Zone – In this, large thick phumdis can be seen all over the place.

2 Central Zone – This zone of the lake is open water area basically free from phumdis.

3 Southern Zone – This zone consists of a largest floating island which constitutes world’s only floating park, named Keibul lamjao National park. This park covers an area of 40 sq. km and is home to more than 200 species of water plants, 100 species of birds and 400 species of different animals. This includes the rarest endangered brow-antlered deer ( Sangai). Sangai is also the state animal of Manipur.

Not only this, recently an elementary school has been opened on the floating island of this lake to provide education to those fishermen children who cannot go to school elsewhere. Presently, it has 25 students and 2 teachers.

Next thing which will amaze you after knowing about floating school is the presence of floating laboratory on a motorboat for research work on Loktak lake. It was set up, a few months back.

Knowing so much about this paradise, don’t you think Loktak catches your eyes attention and calling you all to experience it’s unique floating islands.

8,275FansLike
2,100FollowersFollow
220FollowersFollow
Previous articleEducating Children From The Back Of A Donkey
Next article14 Food Combinations that are Actually Dangerous