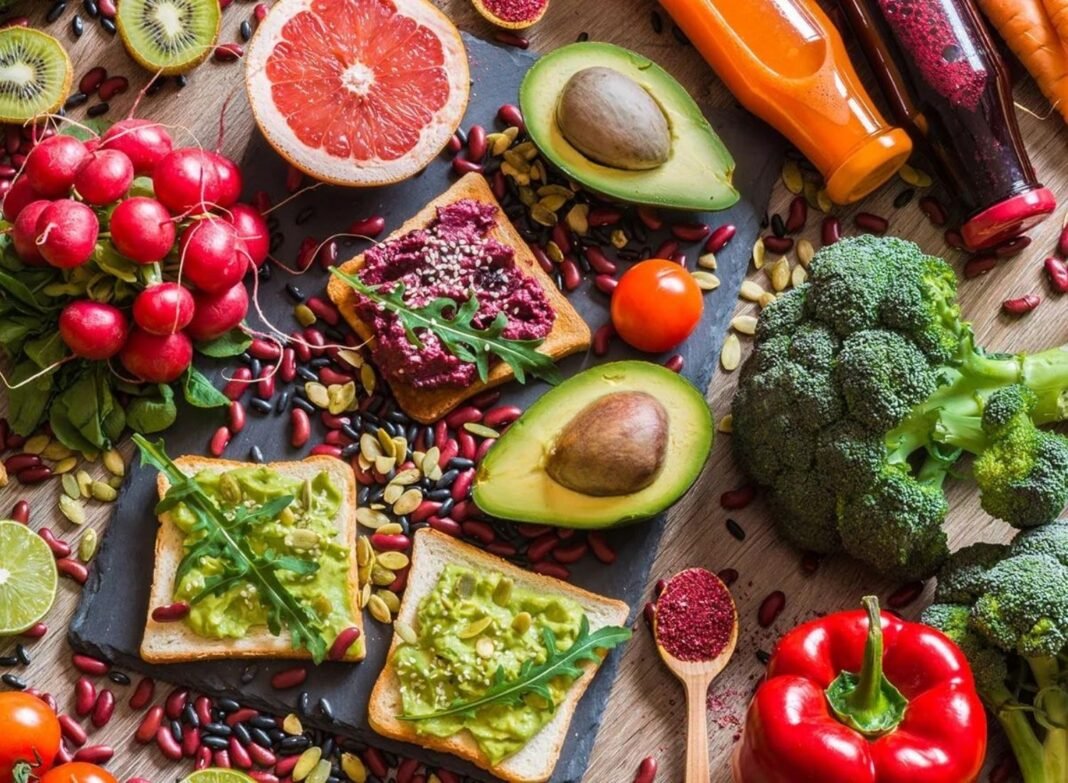 A vegan diet has been among the few most popular lifestyle choices in the last few years. In this diet, people tend to exclude all food sources from animals and their by-products, including eggs, dairy, meat, fish, poultry, and even honey and meat from the diet. Although it has healthy aspects, there are few concerning side effects of a vegan diet.

This diet entirely depends on plant-based foods for nutrition. Many stories are published of people achieving optimum physical and mental health after opting for a vegan diet.

However, some people take a vegan diet even further and embrace it as a lifestyle. They don’t even purchase or use any clothing or personal care products that include animal-based ingredients. Vegans generally eat vegetables, fruits, whole grains, soy, legumes (beans), nuts, and seeds.

Table of Contents show
7 Dangerous Side Effects Of A Vegan Diet
1. Risk Of Consuming Too Much Carbohydrates
2. Risk Of Disordered Eating
3. Risk Of Depression
4. Risk Of Vitamin B12 Deficiency
5. Risk Of Hormone Disruptions
6. Risk Of Leaky Gut Issues
7. Risk Of Anemia Due To A Lack Of Iron

A vegan diet doesn’t necessarily mean it’s healthy, as it does not exclude a lot of processed foods, sugar, or gluten. Thus, it is not all healthy and good after you decide to go vegan. Here are seven side effects of a vegan diet-

1. Risk Of Consuming Too Much Carbohydrates

Vegan diets are generally low in protein and which mostly result in cause blood sugar swings in certain individuals. Since legumes are consumed as a protein source, there is a risk of over-consuming carbohydrates on a vegan diet.

People who follow a strict vegan diet see chances of Orthorexia. It is a type of eating disorder that is defined by an over-fixation on healthy eating patterns. This can result in over-restriction, obsession, and other serious eating disorders.

It is to be stated in a study that vegans and vegetarians tended to display more orthorexic eating patterns. Most doctors who cure eating disorders do not recommend restrictive diets such as veganism or vegetarianism for people trying to recover from an eating disorder such as orthorexia.

People following a vegan diet are at an increased risk of depression. This is because of their diet, which has a sharp decline in omega 3 fatty acids (no fish oil or fish consumption) and the rise in omega 6 (vegetable oils and nuts). One can include algae-based omega 3 sources in their diet, but they can be expensive and hard to find

Since many vegan diets include a higher than average intake of nuts, the balance of fatty acids can still get off-balance in the body.

4. Risk Of Vitamin B12 Deficiency

As we all know, vitamin B12 is an essential vitamin, and it is only available in animal foods. So vegans are at a much higher risk of developing a deficiency in this vital nutrient. As a result of its deficiency, it can cause numerous irreparable damages in the body.

However, most nutritionists agree that those people on a vegan diet must take a supplement with a high-quality vitamin B12 to avoid irreversible health conditions that can result from deficiency.

It should be noted that many people have a genetic variation known as MTHFR that can impact how B vitamins are absorbed. In this case, even certain B vitamin supplementation might not be enough to prevent a deficiency. It will help to keep proper body functioning.

As a result of excluding all forms of animal protein, “Soy” is another source of plant protein that vegans take. Processed soy products, soy milk and tofu, are important parts of a vegan diet. However, soy-based processed foods are sold as meat substitutes.

Processed soy foods are not better for human health than any other highly-processed foods. All forms of soy contain phytoestrogens, and consumption of soy, more than the recommended amount, can negatively impact the body’s hormonal levels. Hormonal imbalance leads to breakouts on the skin, hair fall, irregular menstrual cycle, skin pigmentation problems, and more.

All the people following a vegan diet often turn to legumes as a plant-based protein source as a vegan diet excludes all forms of animal protein, including meat, fish, eggs, and dairy. High levels of antinutrients, including lectins and phytates, are present in legumes. Both result in an increase in intestinal permeability also called leaky gut.

On the other hand, protein sources from animals do not contain anti-nutrients. They are among the highest sources of food in terms of nutrition for humans.

7. Risk Of Anemia Due To A Lack Of Iron

The most common nutritional deficiency in the world is anemia due to a lack of iron. It is stated that both vegans and vegetarians are at higher risk of this deficiency. While plant foods also contain a form of iron, it is of a ‘low-heme’ and does not get absorbed into the body properly. Serious symptoms, including fatigue and anemia, can be shown by the deficiency of iron only.

Moreover, a woman of child-bearing age should be aware of how a vegan diet can quickly lead to anemia. Many supplements can be taken to help reverse or prevent anemia, but most women dislike taking iron supplements because of negative side effects.

We all know that vegetables are healthy for us, there’s no doubt about it. They make our body stronger, and they taste great (most...
Read more

Yes, it is the truth that coffee offers considerable health benefits, some of which come from the coffee itself and others from the caffeine.Doesn't...
Read more

Since ancient times till now women are treated badly for some natural phenomenon that they face throughout life. One of those is a menstrual...
Read more

Planning a wedding is an exciting time. You’ve probably been excitedly chatting about an abundance of ideas you’ve both has since the engagement, and...
Read more
Previous article
8 Incredible Benefits Of Walking That Promote A Healthy Life
Next article
Corporate Learning From Ramayana: Important 5 Skills

How Popular Is Cricket Betting in 2022?