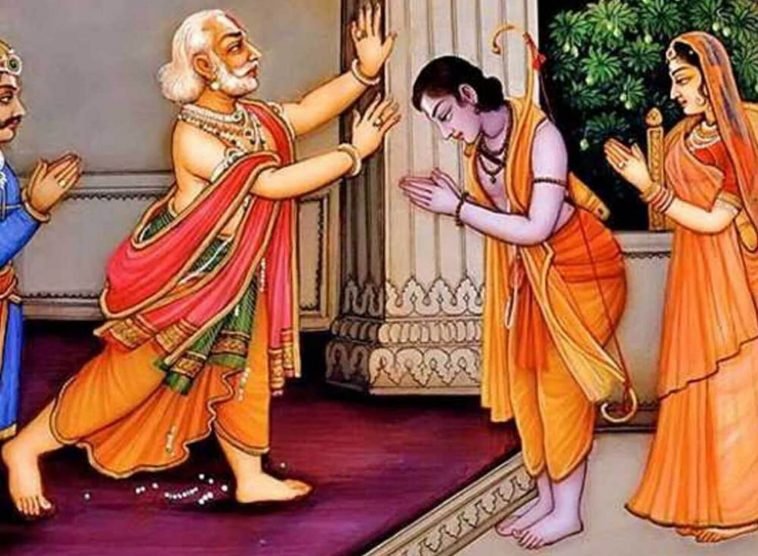 Even airing again after 33 years the show “Ramayana” became the highest viewed entertainment program globally. This Mythological and religious show gives us the code of conduct to lead a spiritual and disciplined life. But not just that, this great ‘Epic’ also gives us lessons for workplace settings like leadership, skills of management, and good governance.

Ramayana also gives corporate learning that will help you inculcate values needed in corporate life. Let us have some look at the key takeaways derived from this, one of the longest poems in the world.

A leader should always be patient, accommodative, approachable, humble to his/her subordinates, and considerate while making any decision.

Ravana even after having a sophisticated army lost the battle in front of the rag-tag army of Rama, the reason behind it is that Ravana was arrogant, disrespectful, and stubborn. He had no room for the feedback given by his subordinates who constantly reminded him that he might take the entire community down with him. Rama on the other treated everyone equally, always took decision on important matters by consulting his teammates including Sugreeva, Vibhishana, Hanuman, and Jambavan, who believed in the ability of his subordinates, and also encouraged and inspired them.

Every potential and talented employee leaving an organization is an opportunity loss.

Had Ravana retrospect the reason behind the disassociation by Vibhishana, he could have adverted his fate. Ironically Vibhishana played a major role in the downfall of Dashanan’s empire. It is an understanding universality that every employee that joins an organization has to leave someday but it is very essential on the part of organizations to introspect whether that individual didn’t have the desired skills or the organization failed to use his potential by not providing him enough opportunities to learn and grow.

Using the varied skill set and networks of its employees are very important for an organization in the long run.

Everyone has some hidden talents or are adept at other skill sets. It is very important to provide the proper environment and opportunities to grow which will be beneficial for the organization in a larger picture. For instance, Hanuman, Nala, and Nila were mere soldiers until it was decided to use their skill set for important purposes. Had it not been Nala and Nila, the entire army wouldn’t have been able to cross the sea and because of Hanuman, Devi Sita was traced and the medicines for curing Laxmana could be collected.

The Strength Weakness Opportunity & Threat Analysis is what SWOT stands for.

It’s an important tool for analyzing people, your opportunities, and your threats/competition. Hanuman also did the SWOT analysis of Lanka while finding Devi Sita. He analyzed every entry and exit point, their strength, and weakness, the potential of the Rakshas army, etc. This helped them a lot before the full-scale war.

A manager needs to note that businesses run on good relations and strategic alliances.

In the whole Ramayana series, the example of the best manager is Sugreeva. He got Rama to work consequently for getting back his wife and kingdom from his brother, Bali, who was stronger than him. Rather than Angada turning into their rival, he made Angada work for him. Rama was also a master in fostering relations which ultimately benefited him in winning the battle. An ideal manager would always keep good relations with employees, clients, customers, etc.

Ravana was a strong, knowledgeable, resourceful, and capable manager. He had Human resources like Indrajit (an efficient warrior who can handle any odd situations), Kumbhakarna (resource to pose threat for the competitors, his strength), Palace of gold (huge capital), efficient MIS (Maricha and his other spies who continuously kept an eye on opponents movement to keep Dashanan alert) but due to some malpractices and internal conflicts, they lost the battle. So, Ramayana is a great example of how conflict-less management can win over over-confident management.