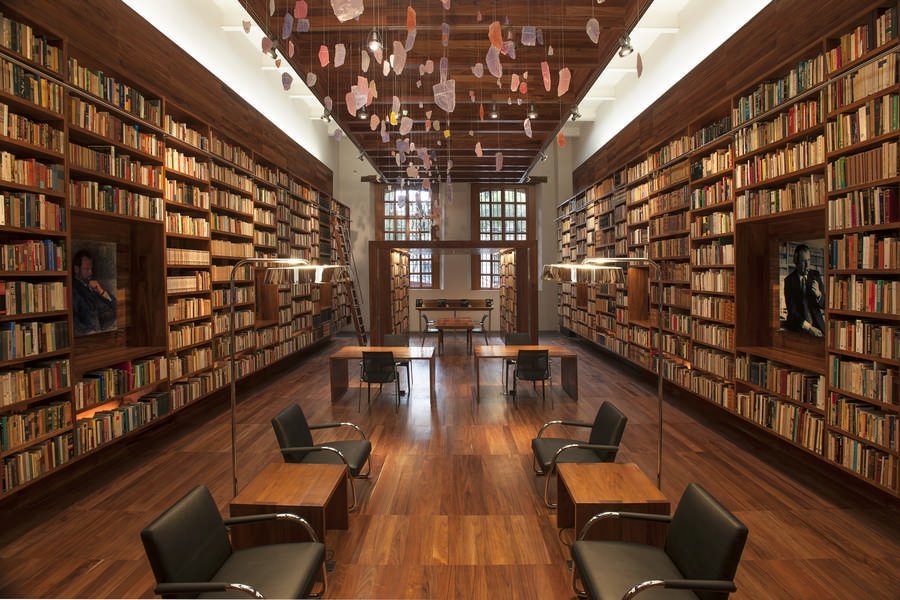 There exist people, like me, who can spend hours on end in a library and lose themselves there forgetting about the world that is thriving outside.

Many people think that reading books is a headache and it is better to stare at the idiot box instead. As opposed to that, immersing oneself in a book and creating a world of their own is much more attractive to others. Now imagine this world accompanied by some extremely stunning surroundings and setups. Nothing like it, isn’t it so?

Then let’s plunge in and take a look at the five most beautiful libraries around the world which will take our breath away with its surroundings and just as well with their books.

5 Most Beautiful Libraries Around The World

Built by Ptolemy I Soter, a Macedonian general and successor of Alexander the Great, it was said to have ‘burned down’, taking several scrolls and books with it, the destruction becoming a symbol for the loss of cultural knowledge. Built-in 1974, the new library was built in an attempt to revive some of the magnificence that the centre of learning and scholarship used to represent back in the day.

A library of legal deposit for four hundred years. The Bodleian Library is one of the oldest libraries in the whole of Europe.

Established in 1602 by Sir Thomas Bodley, a former fellow in the Merton College, the roots of this library date back even further. The old library was founded in the fourteenth century under the will of Thomas Cobham, Bishop of Worcester but, underwent a period of decline in the late sixteenth century. The Bodleian Library contains around two thousand books with an elaborately ornamented Benefactor’s Register prominently displayed, to encourage donations.

A historic library in Florence, Italy, the Laurentian Library was built under the patronage of the Medici pope, Clement VII.

It was necessary to emphasize that the Medici were no longer merchants but members of the intelligent and ecclesiastical society which is why the library was built. Containing more than 11000 manuscripts and 4500 early printed books. The library keeps manuscripts and books which earlier belonged to the private library of the Medici family.

Originally called the Imperial Court Library, the library was found by the Hapsburgs in 1368. With more than twelve million items in its various collections. The library complex includes four museums with multiple special collections and archives.

Since 2005, some of the elaborate collections have been relocated with the baroque structure of the Palais Mollard-Clary.

A Renaissance building in Venice. This library is one of the earliest surviving public manuscript depositories in the country of Italy. The library holds the greatest collections of classical texts in the world. The library had been named after St. Mark, the Patron Saint of Venice.

As much as we would like to visit these age-old libraries and explore them from end to end, reading the books, the surroundings are reason enough to keep us transfixed with the intricate architecture and breathtaking paintings. So while on a world tour do not only visit museums and churches but try and take a look at these libraries as well.

Fear of food touching the plate Each one of us has some quirky traits that define us. Certain habits make us what we are. Some of the...
Read more

You've seen many movies, but you're not sure what you should watch next? You may be acquainted with some genres like romance, family drama,...
Read more

Most of you would agree that buying a new or pre-owned vehicle is one of the most often researched and agonizing purchases we make. According...
Read more

Planning a wedding is an exciting time. You’ve probably been excitedly chatting about an abundance of ideas you’ve both has since the engagement, and...
Read more
Previous article
Facts you need to know about the “Handshakes”
Next article
Let’s brush up your Food Vocabulary!

MIY: Make Natural Beauty Cleansers On Your Own