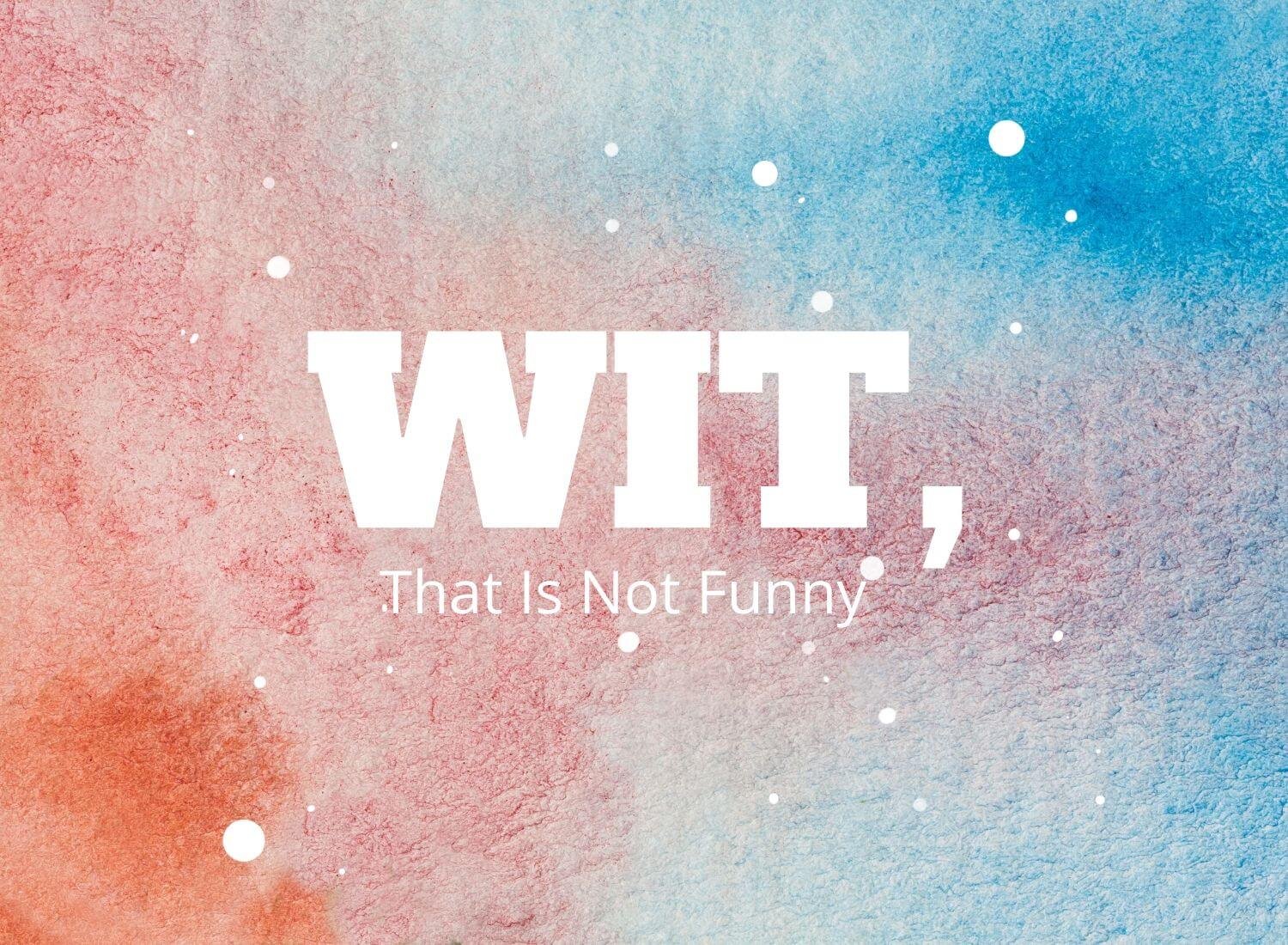 Winston Churchill was once confronted by Nancy Astor, a British politician, at the breakfast table. When Nancy remarked, “If I were your wife, I’d poison your coffee.”, it made Churchill come up with one of the world’s most famous retorts- “If I were your husband, I’d gladly drink it.” This is wit. Over the years, we have grown to associate wit with humorous ripostes. But, as historical anecdotes reveal, wit is more and beyond the fun element. In simple understanding, Wit is instinctive intelligence that strikes across one’s mind at the right time, at the right place, and at the right moment.

Table of Contents show
How Did People Define Wit?
Wit In Aphorisms
The Wit Of The Staircase
Wit- It’s Not About Being Funny

How Did People Define Wit?

As we climb the etymology ladder, wit comes from the Sanskrit root word “vid,” meaning ‘to see’; thus, we have the word ‘video’ in English. “Vid” also gave rise to words like witness, wit, and wisdom. Hence, wit means so much more than the popular one-liners that people often quote at dinner parties; it is an expression of intelligence, both verbally and visually.

Wit is often embedded in aphorisms. Aphorisms are one of the shortest literary writings in English, used to express big ideas. Aphorisms, though remarkably similar to quotations, differ a little. Unlike quotations, aphorisms are more personal and often derived from one’s life experiences. Behind every aphorism is a story worth telling.

When Alfred Kessler, an ardent fan of G.K. Chesterton’s (an English theologian) works, came across one of his books in a store, he was surprised when he found that the previous owner of the book was Holbrook Jackson, a literary critic. As it was Jackson’s personal copy, he had meticulously expressed his thoughts on Chesterton’s words by commenting on them in the book. When Chesterton wrote, “Don’t think – do,” Jackson had scratched below, “Do think! Do!”.

The Wit Of The Staircase

There are times when someone remarks on you or your behavior. It can be snarky, hurtful, or flattering. You want to retaliate but cannot gather the right words at that moment. But, just as the conversation fades away and when you sit down to eat dinner, it strikes your mind; the reply you could have told that acquaintance of yours. This is called the wit of the staircase.

When the French politician, Denis Diderot, was confronted by a British politician at a dinner party, he could not make a comeback. Just as he was climbing down the stairs, the reply came to his head. Hence, he coined the term, ‘wit of the staircase.’

Wit- It’s Not About Being Funny

Wit has got to do more with cleverness and intelligence than humor. Kung Ming, a famous general of the Chinese Kingdom, was once put to task by the then ruler. The king was jealous of the popularity Kung Ming had amongst the army men and bestowed him with a challenge that he had to produce 10,000 arrows for the King and his army within the next three days. In the first two days, Kung Ming did not respond and brought panic among the army men.

What do you think Kung Ming did on the last day? Well, he did nothing. On the night of the third day, Kung Ming instructed his men to fill all the boats with hay and let the boats sail across the river, where the opposition had set-up their camp. He further ordered his men to beat the drums to deceive the opposite army into thinking that they were coming to war. Hearing the drum beatings, the opposite army prepared for war and launched volley after volley of arrows, which hit the hays stacked in the boats. Kung Ming and his army pulled the boats, and they had the 10,000 arrows the King had wanted. This is witty and not funny.

Thus, history has a lot more to offer than what we already know. A little digging here and there can bring to light a myriad of ingenious perspectives unknown to the present. Wit hidden in the loose leaves of history books can enhance dull conversations and enlighten the idle mind.

How Do You Find The Best Family Health Insurance Plans In India?

How to protect and secure your family at present is a concern for everyone. Whether it's COVID-19, lifestyle diseases, critical illnesses, or chronic diseases,...
Read more

Broccoli is full of nutrients. It aids in digestion, helps the cardiovascular system, strengthens the immune system, and has anti-inflammatory and cancer-preventing properties. Broccoli...
Read more

Adventure Day – How to Take Family Fun Outside

Springtime is almost here, and that means we can finally peel our noses off our windows as we longingly stared at the cold, snow...
Read more

Introduction:  The advent of wireless communication technology has facilitated mankind in a lot of ways. This technology has brought several useful and unique products for...
Read more
Previous article
Karaoke Popular Means Of Entertainment Since the ’80s
Next article
7 Unique Bottle Decoration Ideas

15 Easy Steps To Deal With Frustration