The Grim Lancaster Castle Of The Hanging Town 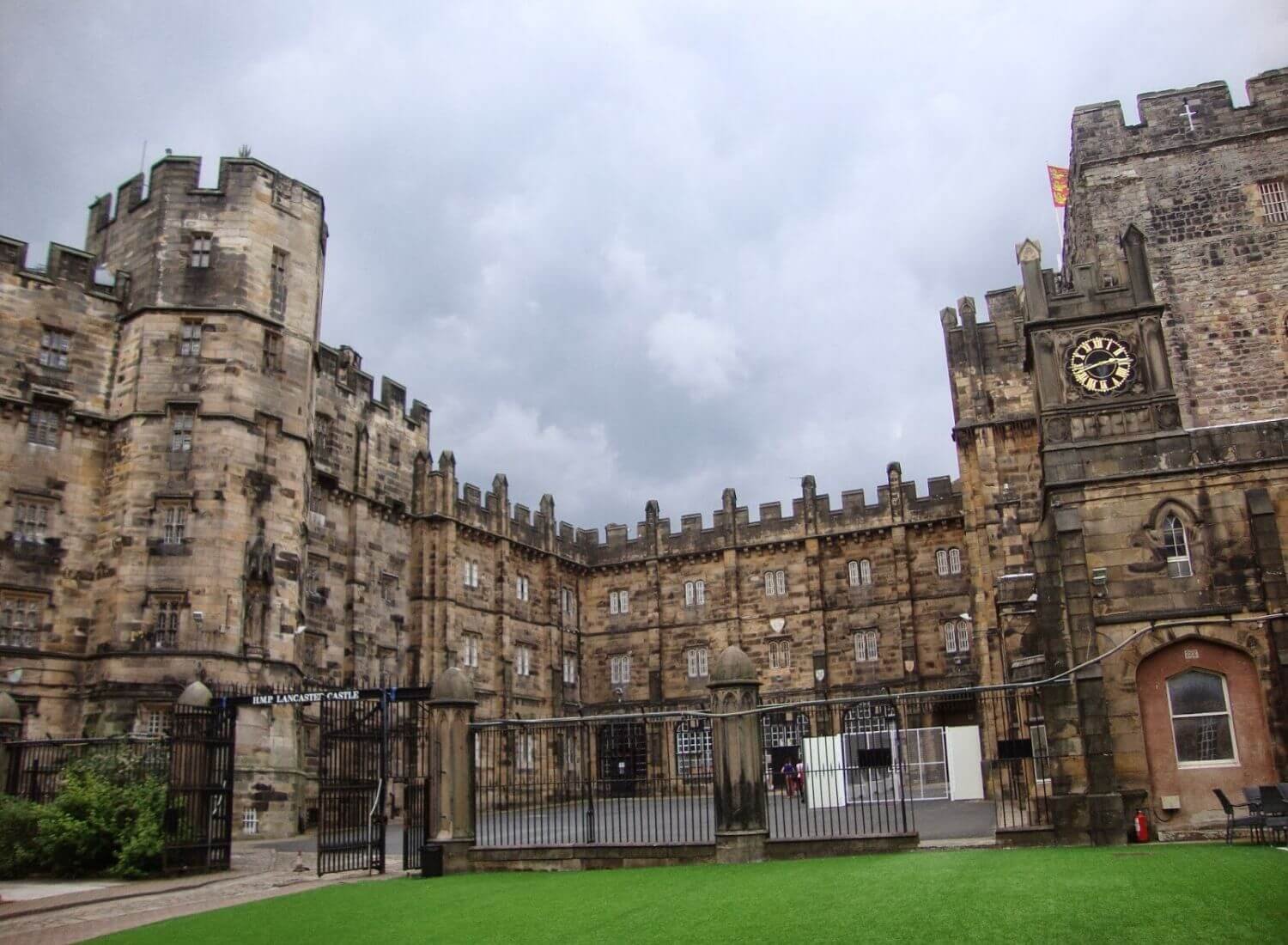 With bricks of war, oppression, aggression, and romance, castles were built in the past. Today, several of those flood the country of Britain, each with its own well-known, unknown, or ill-known history. Castles are an identity of the living history of the world that we never got to see. They are symbols of culture and heritage. With stories hidden behind the still walls and broken slabs, we have lessons to learn by unlocking the past. In this regard, here comes a castle in the Hanging Town of Lancaster, famous for executions, punishments, and imprisonments: The Lancaster Castle.

The Castle As A Prison

Located in the North of England, the Lancaster castle was built in medieval times and served as a prison for most of the 19th century with rumors, controversies, and wrangle. With 1000 years of records, this is one of the world’s oldest prison and longest-serving criminal court. Hundreds of people died under this roof, many more executed, and the remaining imprisoned for life. The Lancaster Castle, during its entire period as the judicial body of the city, in the name of British Justice, hanged several thousand individuals: gaining the title, “The Hanging Town.”

While the castle had prisons, most of the hangings took place in Gallows Hill, an old building a few meters away from the Lancaster Castle.

Though we have recorded the history of Lancaster Castle, there is no complete account of the castle’s early days. The castle is said to have been built in the middle of the 11th century on the site of a Roman fort. Hence, as far as the Roman Empire is concerned, the castle dates way back to 79AD, when it was first founded. But amidst all the scepticism and obscurity, the prisons were very ghastly and dreadful.

The Lancaster Castle had a callous aura. Once, during King John’s reign, a mother and son were imprisoned and as punishment were fed nothing but air to breathe. At one point, when the prison door was opened to check on them, the mother was trying to eat her own son’s face off. Until the 19th century, branding iron was used to belt out punishment. The prisoners’ palm was locked between two iron clasps, and a hot iron seal with the symbol “M” was imprinted on the palm to brand the individual malefactor.

In the 14th and 15th centuries, trials were by ordeal. Humans may have brought the case to court, but God passed the judgment. The most famous of the ordeals was the ‘Ordeal by Iron.’ It took place by carrying a hot iron-bar across 9 feet. If the wound healed within the next three days, they were innocent and guilty otherwise. Criminals with their hands tied behind them were often dragged into the lavish but sinister courts of the castle by guards to be tried, punished, and executed. Some of the striking controversial judgments that came out of these courts include the incident when two pubs were bombed in mainland Britain and the other, dating back to the 17th century when witchcraft was a crime.

The Case Of The Birmingham Six

On the night of November 21st, 1974, two Irish bombs exploded in two pubs in Birmingham: one of the worst terror attacks since the second world war on the British land. It left 21 people dead and more than 150 injured. Six individuals were suspected, arrested, and kept in the Lancaster castle cells, hence the name ‘Birmingham Six.’ Even when they voiced out that they were innocent, the police beat confessions out of the suspects. They were found guilty in Lancaster’s courts in 1975, though they knew they had nothing to do with the bombings. They served in prison for the murder of 21 people, and in 1991, after 16 years, the charges were dropped, and judgment overturned when evidence showed they were not guilty.

When A Mere Child’s Word Is Not So Mere

Back in 1612, witchcraft was a serious crime under British Law. Nine-year-old Jennet Device provided evidence that resulted in the execution of her entire family and friends. Alison, Jennet’s older sister, was accused of cursing a traveler who collapsed at once. While the matter was being heard, the entire family and some friends were sentenced to death because Jennet announced in open court that they were guilty of witchcraft and dealing with demons. The verdict resulted in the execution of 10 members of Jennet’s family.

The End of The Dark History of The Lancaster Castle

It is worth mentioning that, as the cells of the colossal Lancaster Castle became over-crowded, there was no more place to imprison new offenders. Hence, many convicts were shipped away to Australia, whose descendants are currently residents of South Wales (majorly). The prison cells were closed down completely in 2011, but the courts continue to function till date.

Cartoons :-  a simple drawing showing the features of its subjects in a humorously exaggerated way, especially a satirical one in a newspaper or magazine.  a...
Read more

We love watching movies! Indians are one of the top moviegoers and consume a lot of Bollywood masala and art movies. There are many Bollywood...
Read more

Everyone wants to win in a game, no matter which game is being played. Be it a live session or an online game; nothing...
Read more

Mukbang and ASMR eating has been the ongoing trend of this "new generation," which is usually on the phone screen, scrolling through social media...
Read more
Previous article
What Type Of Faucet Is Best?
Next article
6 Tips To Turn a Strict Diet Meal Into A Delightful One

Soul Tattoo To The Rescue: Body Art That Heals!