How Holi is celebrated in different parts of India? 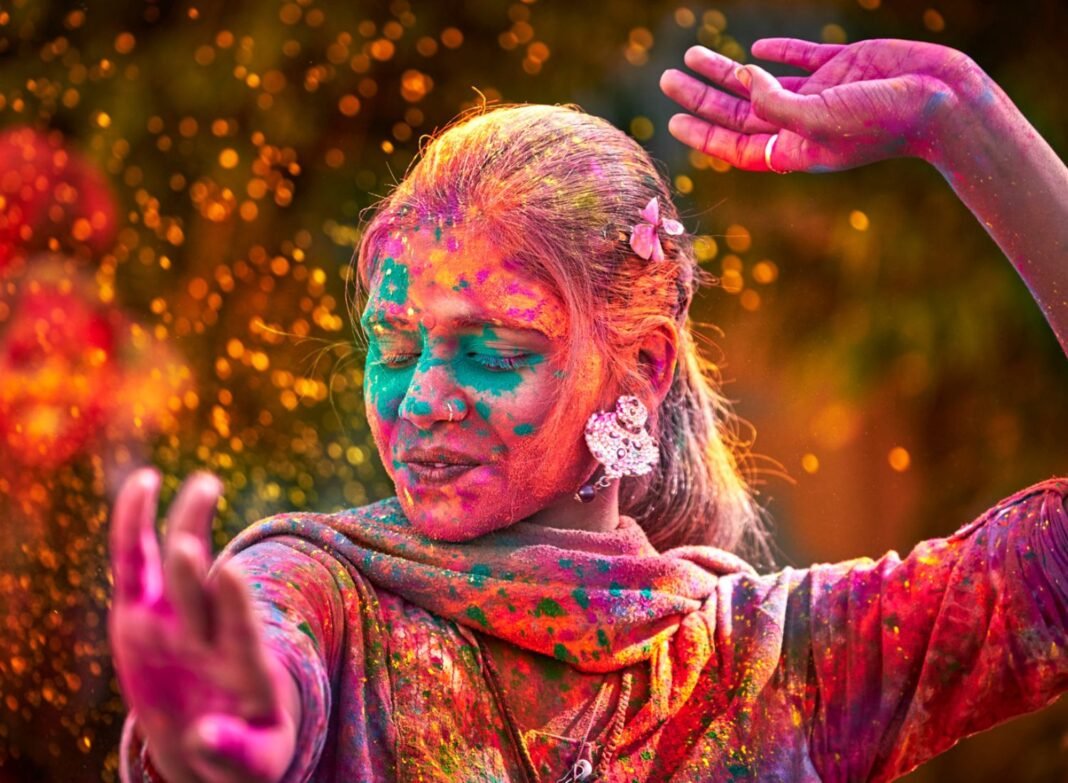 As this vibrant festival of colors approaches, sharing a few thoughts or facts about it becomes paramount. We seldom get curious about what caused these festivals to originate and flourish as they do today. Also, to know how Holi is celebrated at different destinations in India.

So, to make your work a little easier and to help you impress your elders by indulging in better-informed conversations, we decoded the festival of Celebrating Holi for you! Also, do check out some of the amazing festivals that are celebrated in India!

Table of Contents show
Lets us first know why is it celebrated?
The Mythology behind Celebrating Holi
Here is How Holi is celebrated in different parts of India.
Mathura & Vrindavan- The most Revered destinations for Celebrating Holi
Barsana – Unique Take on Celebrating Holi
Shantiniketan: Celebrate Holi in a Cultural way
Anandpur Sahib: A Power-Packed ‘Hola Mohalla’
Udaipur & Jaipur: Celebrating Holi with a Royal Touch
Hampi: Simple yet Soulful Holi

Lets us first know why is it celebrated?

Holi is celebrated with great exuberance and fun around but to the Indian culture, it holds deep value and importance.

The Mythology behind Celebrating Holi

We are familiarized with the main story behind the celebration of Holi, being that of cherishing or embracing the triumph of good over evil.

The legend is a selfish king named Hiranyakashyapu, who ruled the earth, and once commanded the people to worship him. However, his son Prahlad worshipped Lord Krishna over his father. Each time the evil king attempted to kill his son, Lord Vishnu, as a shield, protected Prahlad.

One day, Hiranyakashyapu decided to end the turmoil by demanding his sister Holika to lure Prahlad to sit on her lap amidst the fire. To the fact that Holika possessed the blessing of staying unscathed by fire. But unfortunately, Holika was reduced to ashes as her intentions were sinful, while Prahlad walked out safely as he was chanting God Vishnu’s name all the time.

Even now, people on Holi curate plays represent this unusual tale in the most pivotal ways. Though India celebrates this festival, particular towns celebrate it uniquely with much vigor and diligent practices.

Usually, the Holi celebration is a two-day affair- with worshipping substantial holy fire starting on the eve of Phagun Purnima or a full moon day of the spring season. The next day people bathe one another in colors and water, drink ‘bhang’, and dance their way through afternoons. There is an air of innocent mischief and fun all around.

Here is How Holi is celebrated in different parts of India.

Mathura & Vrindavan- The most Revered destinations for Celebrating Holi

Interestingly this festival is a big deal in Mathura and Vrindavan. These places are said to be Lord Krishna’s childhood abode. Here, the celebrations start a week before Holi. Mathura hosts a cultural show enacting various mythological plays and a massive procession across the state. Here Holi epitomizes the inexplicable bond of love between Radha and Krishna. Also, various renowned temples of Mathura and Vrindavan offer the liberty of playing Holi in their premises.

Another such intriguing village is the birthplace of Radha called Barsana. In the two days of Celebrating Holi, the men of Nandgaon come to Barsana to tease the women here, mimicking the mischief of Lord Krishna towards Radha.

Later, this village’s women chase away these men with sticks while men protect themselves with shields like Radha and her friends chase Lord Krishna back to his place.

On the next day, the celebrations end in Nandgaon as the women of Barsana play colours with those men to mark the festival’s last leg. This entire affair is called ‘Lathmar Holi,‘ and it is done in good humour and starts at the Ladliji temple, where Radha Rani’s idol stands with aplomb.

Holi in India also marks the arrival of spring. The inhabitants of Shantiniketan of West Bengal, especially the students, wear flowers as jewellery and traditional dresses.

Folk dances, cultural dramas, and programs are their way of celebrating the riot of colours. The Great Indian poet Rabindranath Tagore initiated this kind of Holi celebration. And the tradition continues with great enthusiasm.

The Sikh way of celebrating this festival is evident from the Hola Mohalla festivities in Anandpur Sahib. Guru Gobind Singh initiated them, and it is traditionally celebrated for three days. The festivities include great exhibitions of skilled martial arts, along with throwing colors on one another, dancing to the beats of Dhol, and traditional kirtans. Most importantly, men play with Chakari, a ring with metal strokes depicting Sikh talent of weapon. This fair turns to be the perfect occasion for showing Sikh valor with talent when fun and colors are in the air. The bravado celebrations are pumped with much testosterone, unlike most other unique celebrations of Holi.

Nothing spells regality and vibrancy like these Rajasthani states of Jaipur and Udaipur. The celebrations are initiated by the heir of Mewar, who ignites the holy fire most extravagantly, following which the ordinary people begin playing with colors at the break of dawn. Flamboyantly decorated horses, camels, and elephants take to the street along with the dancing folk who lose themselves in the sweet melodies of a celebratory flow. Even in the festival of Holi, the royalty seen here is unlike any place in the world.

Like all the others, Hampi in Karnataka also has its take on Holi. Hampi decorates all of its heritage pride in vibrant hues of Holi colors with the locals and tourists, play with colors, and dance on the streets. Then they take a cleansing dip in the river on the second day of the 2-day festival to have a good time. They finally bid farewell to the colors and fun they had.

Tales of Scary mythical creatures from around the world have long since circulated. We’ve all grown up listening to stories of how the bogeyman...
Read more

Bingo is one of the popular games all across the world. It enjoys more popularity in the USA, UK, Ireland, and the Philippines. Many...
Read more

Apples are popular and an excellent source of nutrients, vitamins C and B-complex, antioxidants, minerals, and dietary fibers. They are also a model for...
Read more

A mommy makeover is a popular cosmetic surgery procedure that many women choose after pregnancy and childbirth to restore their pre-pregnancy body shape. The...
Read more
Previous article
Vel Weapon The Significant Weapon in the Hindu Mythology
Next article
Home Made Protein Snacks Are All That You Need!