Ever Thought Why Coconut Is Offered As A Prasad In Indian Tradition? 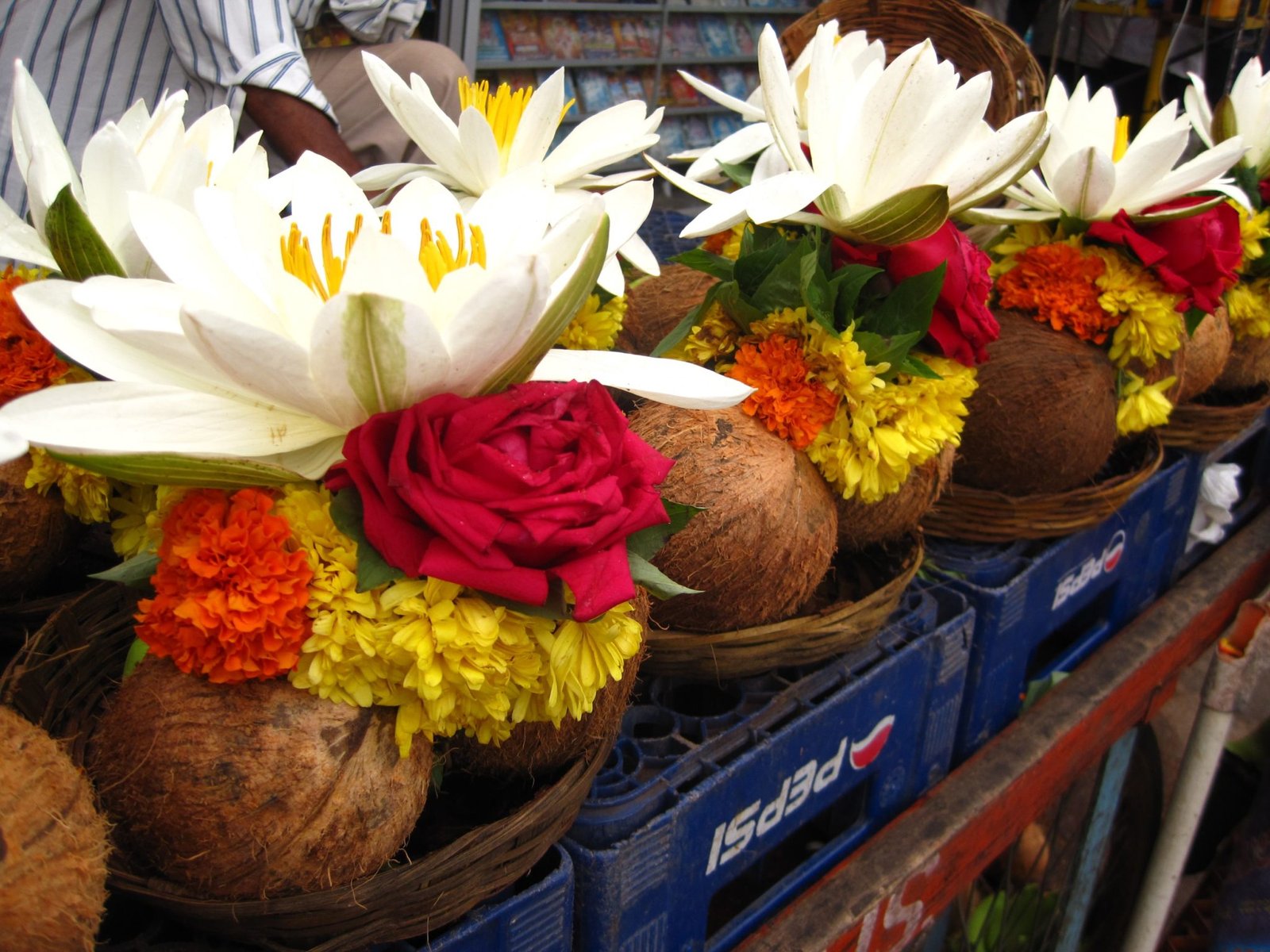 Table of Contents show
Why Coconut Is Offered As A Prasad?
In India, Coconut is one of the most common offerings in a temple
The Big Question: Why Is Coconut So Significant In Indian Tradition?
The Spiritual Symbolism Behind The Coconut as Prasad
But the tradition does not stop there
Now, what does this signify?
Now that is Traditional-Scientific Funda!
image source

Why Coconut Is Offered As A Prasad?

This is one statement that I have read and even experienced in India- my country.

Except, there are certain things that have remained the same since their origin with a never-ending contour. Almost every Indian has visited a temple and has even taken the Prasad (sweet offering).

This Prasad can be of various kinds. Commonly, every Prasad includes something or the other related to Coconut (Nariyal).

In India, Coconut is one of the most common offerings in a temple

People offer coconut as prasad on special, auspicious occasions as well as festivals. Also, they also offer coconuts at the start of something new and important. Notably, as excessively used pot contains water, mango leaves and a coconut on top. People call the structure “kalash” which is used for worship in many parts of the country.

Who does not like the process of breaking a Nariyal at the start of a function? This is a kid’s favorite starter for sure!

The Big Question: Why Is Coconut So Significant In Indian Tradition?

Basically, coconut is offered to please the Almighty or to fulfill our desires. There was a time when animal sacrifice (Bali) was practiced. Simply, this was the symbol of the offering of our animal-like tendencies to Lord. But slowly, this practice faded and people started offering coconut instead. This was done because it was not ethical to kill a living being for literally anything.

The Spiritual Symbolism Behind The Coconut as Prasad

People remove the outer covering of the dried coconut, except for the tuft on top. It looks like a head of a human being. Breaking of coconut symbolizes the breaking of ego. The juice within represents inner tendencies is then offered along with the white part- The Mind, to the Lord. A mind, thus purified by the touch of the Lord, is used as Prasad.

But the tradition does not stop there

Our traditions have relations with science as well. Coconut tree usually thrive in salty water for their own nutrition, therefore, we find it on the sea shores. Sea water is salty, not edible and is of zero nutritive value.

However, is this the case with Coconut Water? There is a belief that says Coconut Water is the purest form of water available on this planet. It is sweet, nutritive, and also has medicinal uses.

Now, what does this signify?

This signifies our nature & personality. Just as a coconut tree converts salty to sweet, we humans should convert our hatred into love. Also, we should convert our despairs into happiness, our pride into humanity, and our ego into a fade. Spread positivity by being positive, show positive, act positive.

There is a belief that coconut represents the 3rd eye of Lord Shiva. Hence, people use it as an offering and serve it to Lord.

Now that is Traditional-Scientific Funda!

Restaurants are mostly present so that patrons can indulge in delicious foods and various cuisines. There are many kinds of restaurants that you will...
Read more

5 Ways to Keep Your New Kitten Safe and Healthy

Bringing a kitten home is an exciting time for all the family. After all, the loveable furballs can provide much love, fun, and companionship...
Read more

We all know, that ‘time repeats itself, and so does fashion. Fashion has always been making a statement. It could be with unconventional accessories...
Read more

A mommy makeover is a popular cosmetic surgery procedure that many women choose after pregnancy and childbirth to restore their pre-pregnancy body shape. The...
Read more
Previous article
Lotus Is Much More Than India’s National Flower!
Next article
Women’s Health & Gynaecology: A Short And Simple Guide