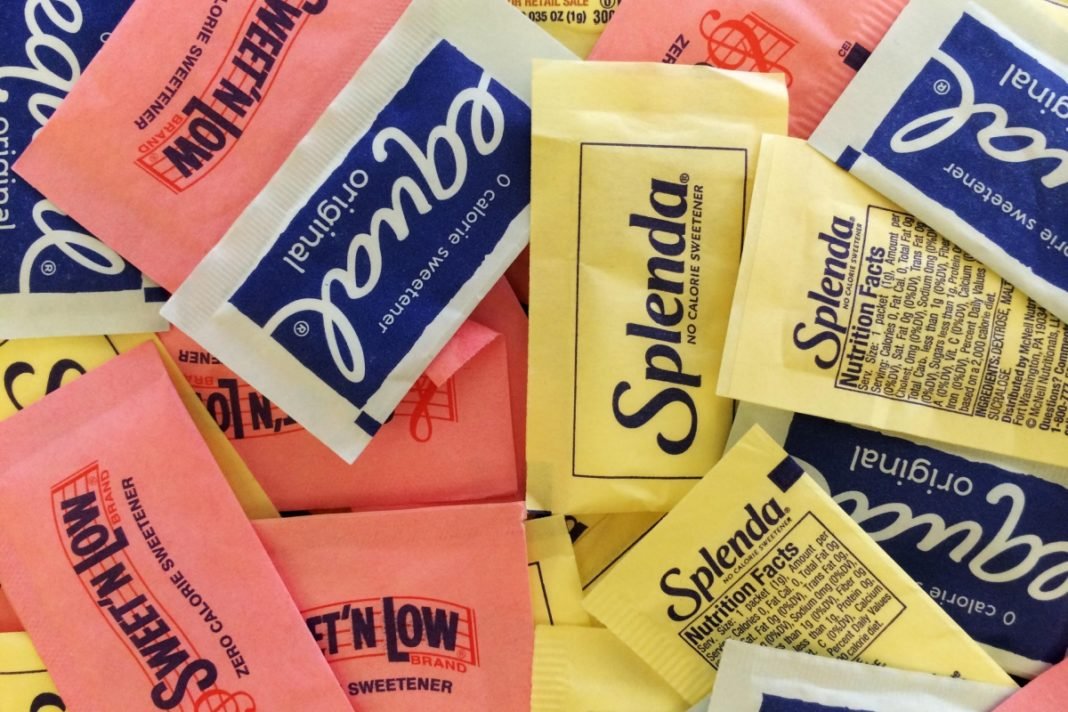 Artificial sweeteners are food additives that provide a sweet taste to food. They contain significantly low calorie or zero calories. Despite all the research and approval from various health institute consumer are shying away from the use of these alternatives. Some concerns related to artificial sweeteners include weight gain, insulin imbalance, disturbance in gut biome and cancer.
Some of the sweeteners that are commonly known include aspartame, sucralose, saccharine and others.

It is 200X sweeter than sucrose. It was discovered in 1967 by Karl Clauss. It is stable at high temperature, has long shelf life and non-carcinogenic.

It is 200 times sweeter than sugar, easy to prepare but breaks down when heated and loses its sweetness. It was discovered by James Schlatter in 1965. Although it was approved by FDA in 1981, It has been defamed by false association with brain tumors. In 1996, observational study disapproved the relation of aspartame and cancer when consumed in moderate amount. National Cancer Institute and American Cancer Society also deemed aspartame safe for consumption.

It was approved in 1991 as an artificial sweetener. It is 600X sweeter than sugar. It also does not break into its constituents like aspartame and is easily absorbed and filtered by the kidney and excreted through urine. It showed no effects on insulin and also considered non-carcinogenic meaning safe for consumption.

It is 300X sweeter than sugar, easy to prepare and stable when heated. It is US FDA (Food and Drug Administration) approved. Saccharin was the first artificial sweetener accidentally discovered by chemistry research assistant Constantine Fahlberg in 1879. It was used as an alternative sweetener during world wars when sugar was rationed. In 1960, a test conducted suggested that saccharin caused bladder cancer in lab rats while several other tests suggested that saccharin does not cause cancer in humans when consumed moderately.

It is a naturally derived artificial sweetener. It is 200X sweeter than table sugar and heat stable. Initially, it was banned in the US because of limited information and research. Today it is the safest substitute for sugar. Stevia sweeteners are purified extracts of steviol glycosides found in leaves of the stevia plant. It is deemed safe by food safety authorities and the World Health Organization.

Working out can be the best single thing after quitting smoking to improve your health. That's how much of an impact it can make...
Read more

Meet Neem Karoli Baba- The Saint Who Attracted Steve Jobs To His Teachings!

As the years pass by, the number of people believing Sadhus and Sants, as they are called in India, to be frauds who are...
Read more

"Fast to cook, Good to eat", "Health bhi-taste bhi"  and "Do minute mein khushiyan". What comes to your mind after listening to these taglines?...
Read more

Sex chat with strangers can be an exciting and interesting experience. It's a great way to explore your fantasies, broaden your knowledge, and learn...
Read more
Previous article
The Crumbling History Of The Esplanade Mansion
Next article
How Do Food Flavors Help Health?