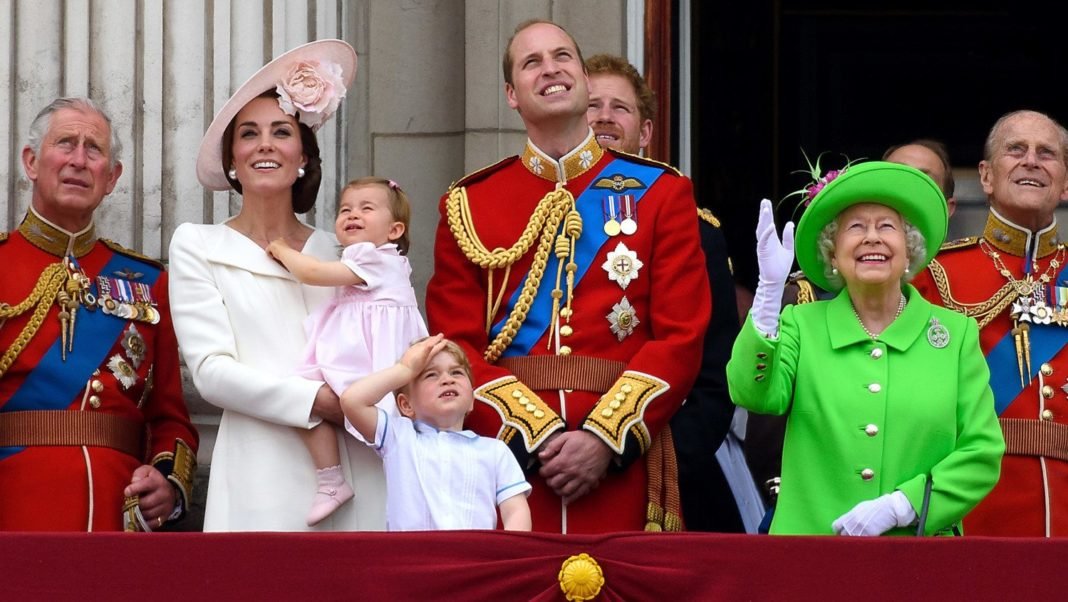 Every family has a tradition. The royal families have centuries of traditions, customs, and rules put in place that are still adhered to today. some of these make sense and are rooted in history, but others are very specific and just plain weird. Going from a commoner to Dutches overnight would be overwhelming in itself, but over 1200 years of British history, Markle has a lot to learn about the new family. Being a royal is no piece of cake, from greetings to celebrations and occasions, dining to social graces to disciplining children, there are loads of rules and restrictions to abide by. Kate’s been following and Markle is expected to adhere to all royal expectations. Here are some shocking and interesting rules.

Table of Contents show
10 Unusual Royalty Rules to be followed by every Royal Family
1. NO MORE SIGNING AUTOGRAPHS
2. NO MORE ACTING
3. NO MORE BARE LEGS
4. NO EATING AFTER THE QUEEN STOPS EATING
5. NO HATS AFTER 6 PM
6. COLORFUL NAIL POLISH ISN’T ALLOWED
7. NO NICKNAMES
8. ROYALS MUST ALWAYS HAVE AN ALL-BLACK OUTFIT HANDY
9. THE QUEEN HAS A PURSE TRICK
10. NO SHELLFISH

Markle is now expected to share no more autographs with her fans and the public. The reason is understandable: Royals are prohibited from signing signatures due to the risk of signature forgery. So Markle on January 10 wrote to a 10-year-old fan, “Hi Kaitlin”.

When someone marries to the royal family, their carrier doesn’t often come with them. Before marrying Prince Rainier III of Monaco, Grace Kelly, who was an actor, left her Hollywood career behind. And Markle followed suit — by quitting Suits.

Queen wants all her family members and guests to wear tights. So if you even see a royal with a midi dress on with bare legs, they aren’t actually bare; they have on a sheer pair of pantyhose.

4. NO EATING AFTER THE QUEEN STOPS EATING

Probably there are several hundred rules of dining with the Royals, one of the majors is keeping track of the queen. The moment she stops eating, you need to stop too. This rule goes back down to the era of Queen Victoria. It wasn’t easy for the people eating alongside since she was a notoriously fast eater.

Women aren’t allowed to wear hats indoors after 6 pm for a very good reason. That’s when the tiaras come out! Also, tiaras aren’t allowed to be worn during the day, so the evening hours are the only time women had a chance to don them.

Every time you see Queen Elizabeth and Kate Middleton step out, you might notice their nail colour is always neutral. Either they wear subtle pinks or clear polish on official business because only natural-looking nails are allowed in the royal events.

Royalty is expected to be addressed by their full, given names rather than nicknames given to them by their families. When Kate Middleton married William, Kate began being referred to as Catherine, Duchess of Cambridge.

8. ROYALS MUST ALWAYS HAVE AN ALL-BLACK OUTFIT HANDY

When travelling abroad, every royal member must pack an all-black outfit in their suitcase in case of an unexpected death. This is becoming a rule after Queen Elizabeth had to rush back from Kenya after her father, King George VI, died and she had to wait on the landed plane a few hours until someone brought her a change of clothes.

9. THE QUEEN HAS A PURSE TRICK

The Queen is said to use her bag to send secret codes. If she puts her bag on the table at dinner it means she wants the event she’s attending to end in the next five minutes. If she puts it on the floor it means she’s dissatisfied with the conversation, and she wants her lady-in-waiting to get her out of the bind.

There is one kind of food that limits the group: shellfish. The restriction comes from the fact that shellfish poses a higher risk of food poisoning than most other foods do, leading to very embarrassing public moments.

However, that doesn’t mean that the whole family always sticks to these restrictions. While the Queen abides by the rules, other members, like Prince Charles, enjoy the occasional shellfish dish.

Wouldn’t you be infuriated if you went to a 5-star restaurant, order soup for starters and once it was served, you found a fly...
Read more

E-Cigarette Pipe Mod – How Do I Buy the Best?

Are you new to vaping? Whether you are totally new to tobacco and nicotine products or just switching from smoking to vaping, the options...
Read more

Sex chat with strangers can be an exciting and interesting experience. It's a great way to explore your fantasies, broaden your knowledge, and learn...
Read more
Previous article
Ever Heard about the Ice Cream Museum?
Next article
Norway’s Tallest Ice-Cream Cone That Will Blow Your Mind.