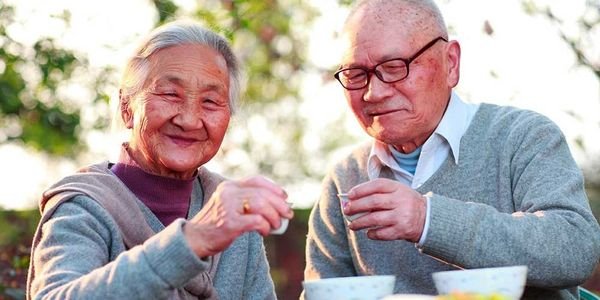 Are Monaco and Japan’s Long Life Expectancy A Result Of The Citizens’ Genetics?

How often do we blame our genetics for how we look or eat? How often do we just give in and let go of our goals by saying,” Oh I can never lose weight because everyone in my family is fat”? Or, “I am bound to get diabetes because my parents are diabetic”?

Pretty much all the time. It’s easier that way, isn’t it? To not face the mirror and dump it all on genetics.

And how often do we take account of our own lifestyle & make deliberate efforts to take precautions for something that probably is gonna be passed on to us genetically? Not much, really.

Well, to burst your self-protective deceptive bubble, scientist suggest that your lifespan is determined 20% by your genetics, the rest depends on lifestyle.

The oldest man in Japan is 117 years old! And they don’t just thrive but are quite healthy and active until the end. Although Japan didn’t quite have a history of high life expectancy. After the Second World War, the life expectancy of a Japanese was the lowest. So it is definitely not their genetics.

Then, what is it that they are doing right, to live a happy and healthy life?

Revealed: The Science Behind The Long Life Expectancy In Monaco and Japan

What’s common in both these nations is that their daily diets are low in fats, low in sugar and high in healthy proteins.

Both in Monaco & Japan, the meals are centered around seafood. They eat plenty of fish. Fish is a great source of Omega 3, and so it protects them from heart disease, clogged arteries, heart attacks, and also reduced age-associated cognitive decline.

Other meats may include poultry or eggs, but not so much red meat. Red meat can be termed as a silent killer today, as it is extremely high in saturated fats, bad cholesterol, and possibly carcinogenic toxins.

A lot of green vegetable form make it to their plates. As we all know, greens are good for you. They are rich in antioxidants, fiber, and a lot of phytochemicals- which are also anti-aging.

Their diet has less of milk, butter, & dairy. Japanese particularly do not have much of dairy, as the majority of them are lactose intolerant. However, Lactose intolerant or not, they do not prefer having any dairy products.

The Japanese save themselves those extra calories and cholesterol.

People from Monaco do have lighter goats cheese in small amounts in their salads, but they are not the fans of butter. They prefer olive oil instead with their toast or as a salad dressing.

Japanese have a lot of Seaweed. Seaweed is high in iodine and other nutrients, which is not found much in other foods. It helps to keep their brain healthy and preserves their memory.

Oh! And the Japanese love their tea. Now, this pretty much everyone is aware of. They have tons and tons of green tea all day, to keep their gut healthy and maintain a trim waistline. It also helps to prevent cancer, which is a major killer in European countries.

They have very less sugar in their diets. Sugar has a reputation for being ‘the white poison’.

The majority of the diseases from diabetes to high triglycerides to even cancer arise from having a lot of sugar-laden foods. They prefer having fresh fruits for desserts.

If at all they do have some sweets, the portion size is really small. As opposed to most of us Indians, or even Americans, who have humongous portions of desserts.

That brings me to my next point. Portion control is important even for the main course.

Japanese use smaller bowls or plate to eat their meals.

There is tremendous research being done on how a larger plate makes a person eat more calories unknowingly.

So, maybe just cutting down on the size of your plate may do the trick.

In fact, the Japanese follow the principle of ‘Hara Hachi Bu’ which means ‘eat until 80% full’.

This helps them to realize when they are full and should stop eating. Studies suggest that over-eating uses up a lot of vital life energy and makes you age faster.

What you should know is that it is not just about eating right, but also having a good lifestyle.

What Else Contributes To The Long Life Expectancy in Monaco and Japan?

Both the countries encourage socializing, making new friends, and being surrounded by people. The more you mingle with others, the more you get to learn new stuff.

It keeps you ahead of your game. Being a loner makes you susceptible to depression, reduced vitality, and vigor. Socializing keeps you happy and gives you a positive outlook on life.

Japanese employees are encouraged to socialize after work and party with their friends to unwind & let go of their stress. This is a major contributor to good health.

It is just as equally important to exercise. Walking, standing, cycling to work is part of the routine. They do not have to make a conscious effort or go out of their way to exercise. A lot of people at Monaco and Japan prefer public transport over cars to commute. This gives them a chance to be physically active.

Also, the Japanese practice Tai Chi and meditation to attain a mind-body connection and work on their spirituality. It also keeps them flexible and healthy.

So. there you go!

To achieve a long life expectancy, all it takes is a few friends, a little bit of exercise and a good diet to add 5-10 quality years to your life!

Protein is an essential macronutrient that is integral for good health. Every single cell in your body needs protein to help repair tissues, build...
Read more

Saying new year new me is not the only resolution we should make. We should definitely work on our personality. But we should also...
Read more

Belonging to the Cephalopoda class, this creature has been fascinating for everyone, especially children. It is indeed unique to watch this creature with 8...
Read more

One of the most significant factors that can be an indicator of overall health is your diet. What foods do you consume regularly and...
Read more
Previous article
Does The Mystery Behind Mona Lisa’s Painting Lie In Her Smile?
Next article
Here Is The Full History And Facts Of The Modern Day Santa Claus!

7 Tips To Make An Anniversary Special During The Lockdown