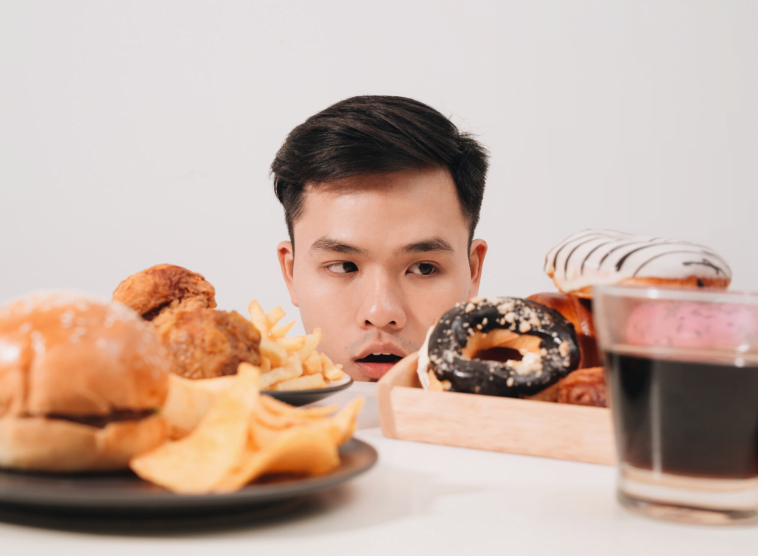 Doesn’t everyone have that sudden urge of eating a particular food item? Or you say you’re hungry for something special, yes, everyone does.

It is said that 30% of men don’t have food cravings at all. Women have them more frequently than men do and it is mostly for sweet food. Food cravings are culturally specific, hence, different people have different kinds of food cravings based on the place they live in or were brought up in. It is a universal human trait.

There are two kinds of food cravings. There are stomach cravings that account for hunger and there are those that are mental and don’t require you to be hungry. It is all mental. The regular old hunger craving is just the stomach telling the brain that it needs to be fed. The hormone leptin is emitted by the fat tissue and it travels up the vagus nerve to your hypothalamus and tells you’re hungry. It is triggered when the blood sugar and insulin levels start to decline. After the hypothalamus declares that you’re hungry and then it releases neuropeptide y and this stimulates our appetite.

When you’re eating, you obviously can’t keep going on and on and it eventually has to stop and this is done when the fat tissue expels leptin which tells your brain that you’re not hungry anymore. Although this doesn’t take place immediately you should stop when you’re about 80% full. Leptin does this by turning off the production of neuropeptide y which cracks up the production of Pro-opiomelanocortin (POMC) and this suppresses the appetite. This is how your brain tells you that you’re not hungry.

But food cravings are absolutely mental, it goes like you suddenly want a margarita or something. They are not essential for survival. Most of them are satisfied with food loaded with fats and oil. Do you know why we crave them? Because most fatty foods contain opioids. They bind your receptors to your brain and make you feel good. The same as drugs. For example, when you eat chocolate for the first time, the opioids released for a memory of you eating it hence it is stored in your brain as a good memory. This memory gets filed away in the hippocampus which stores memory. And when you see chocolate again, you feel pleasant.

The main aspect of craving is that it is psychologically based on memory and it stimulates the caudate nucleus that controls the dopamine which is a good chemical present in your body. If you have a diet and try to cut down certain foods, it makes you crave it 50% more.

What is your guilty pleasure? And what would you want your last meal on earth to be? Our reward system is triggered when we think of food!