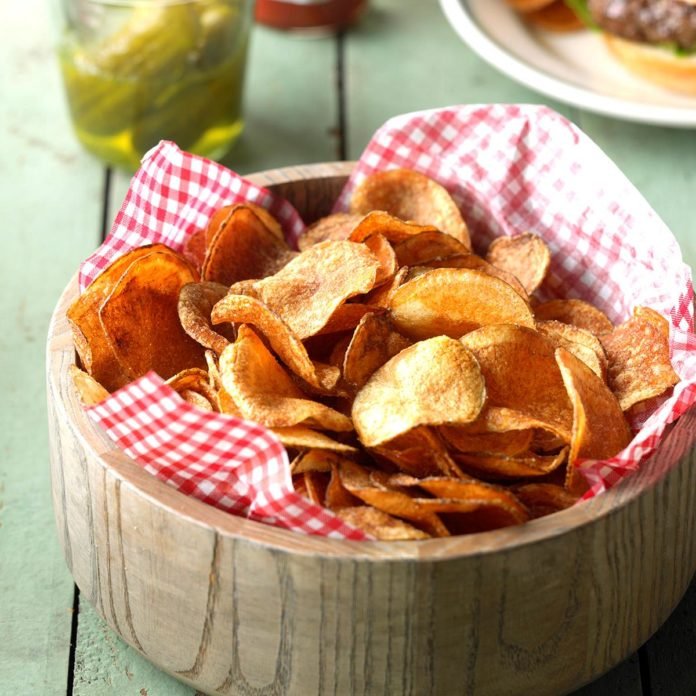 Potato Chips have been the No.1 comfort food all around the world. In fact,  every year an average person eats about 6 pounds of potato chips. It has always been a favourite snack since its accidental invention by George Crum in 1853.

It’s true! The crispy, crunchy and delightful chips were an outcome of the conflict. Thank the lord for that conflict.

In Summer of 1853, a customer ordered for French Fries in the dining room of Moon’s Lake House in Saratoga Springs, New York. George Crum worked as a chef in that hotel and he served his special standard thick-cut French Fries which could be eaten with a fork. But the customer complained that they were extremely thick. To meet the customer’s expectations, he made another batch of thinner French Fries, this time again he complained that they were still too thick and refused them. Frustrated by his annoying customer, this time he decided to teach him a lesson and made another batch, he cut the potatoes paper thin so that they become difficult to be eaten by fork and heavily salted them.

To his surprise, the customer loved them and asked for more and other diners also requested for them. And Potato chip was born as a result of a complaint of an annoying customer and an act of mischief by George Crum. Potato chips were called “Saratoga Chip” and were served as a signature dish in Moon’s Lake House.

Due to the success of his potato chips, George Crum opened his own restaurant named “Crumbs House” in 1860 but wasn’t able to patent his invention because he was a coloured native of America and according to the racial policy of that time, coloured people were not allowed to take out patents.

A big thanks to George Crum and his annoying customer who gave us this savoury munching delight of all times.

Read Also: Why Do We Crave Junk Food?