Do You Know About The Mystery Of The Astonishing Gulf Of Alaska? 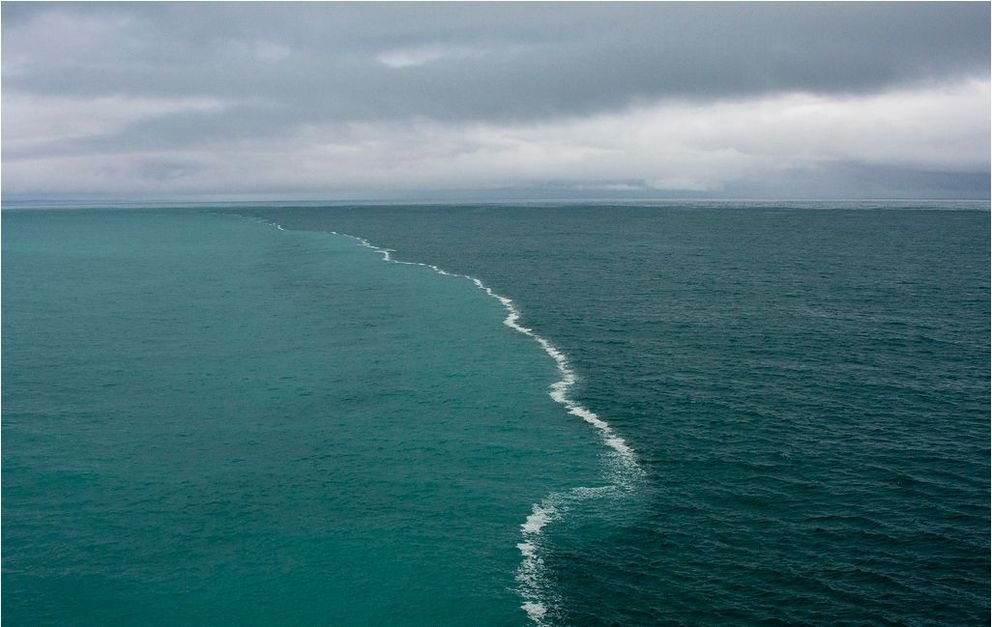 How real is the fact that two oceans meet but remain unmixed? The Gulf of Alaska is a branch of the Pacific Ocean. It surrounds by the curve of the southern coast of Alaska. According to many pictures revolving around the social media about a strange phenomenon. This photo was even awarded for its uniqueness. It is said that this is a wonderment that two massive water bodies do not associate even on the meeting.

The above picture shows two types of water bodies not merging, seems mysterious?

Read also: The Lands That Sinks Into The Underwater Is Something That Can Never Be Forgotten

Table of Contents show
1 A scientific analysis of Gulf of Alaska
2 It is a myth
2.1 Read Also: This Is Why The People Of Bajau Tribe Are Known As Sea Gypsies
2.1.1 Image Via: adn.com

A scientific analysis of Gulf of Alaska

Much considered as oceans, these are glacier melting and the offshore water of Gulf of Alaska. The melting water of Glacier is mineral rich and sediment-laden while other is saline water. One being lighter in density has light blue color. The salt content makes seawater density heavy, giving it a dark blue shade. This difference in water density brings that contrast in colors. However, the temperature and salinity level difference is also responsible for keeping the water bodies dissimilar.

It is a myth

Yes, you hear it right. The partitions you see aren’t constant, and they are continuously varying. The oceans do meet and do mix; the borders are not static. This misconception has brought millions of like and viewer attraction. This photo was snapped by Ken Bruland, professor of ocean sciences. He said that the aim on the cruise was to examine how huge whirlpools, slow-moving currents, extending into the hundreds of kilometers in width, wave out from the Alaska coast into the Gulf of Alaska. All those delusions regarding ‘meeting and mixing’ were clarified by him later on. Presently, studies are on concerning how the behavior of this iron influences growth of plankton and marine productivity.

The myth has been busted now, and you need to believe everything you hear.

Read Also: This Is Why The People Of Bajau Tribe Are Known As Sea Gypsies

Facts About Wine – They Are As Old As The Beverage

How Do Your Food Choices Help In Determining Your Personality?